In the continued clearing of the decks before the Worldwide Developer Conference announcements due in June, Apple has released iOS 14.6, iPadOS 14.6, macOS 11.4 Big Sur, watchOS 7.5, and tvOS 14.6. Generally speaking, the updates add support for paid subscriptions in the Podcasts app and Apple Card Family, which lets you share Apple Card access with the rest of your Family Sharing group, assuming they’re 13 or older and are running iOS 14.6 or later. Family members will be able to merge existing Apple Card accounts in July.

Although the release notes don’t mention it, Apple previously suggested that iOS 14.6 and related updates would add foundational support for the forthcoming Apple Lossless, spatial audio, and Dolby Atmos support coming to Apple Music in June.

Our feeling is that most of these updates aren’t critical, so unless you have been waiting for podcast subscriptions or Apple Card Family, it’s worth waiting a week or so before installing. The exception is macOS 11.4, which addresses a security vulnerability that Apple says has been actively exploited in the wild. Install that one as soon as it’s convenient.

Let’s look at the unique changes with each update. 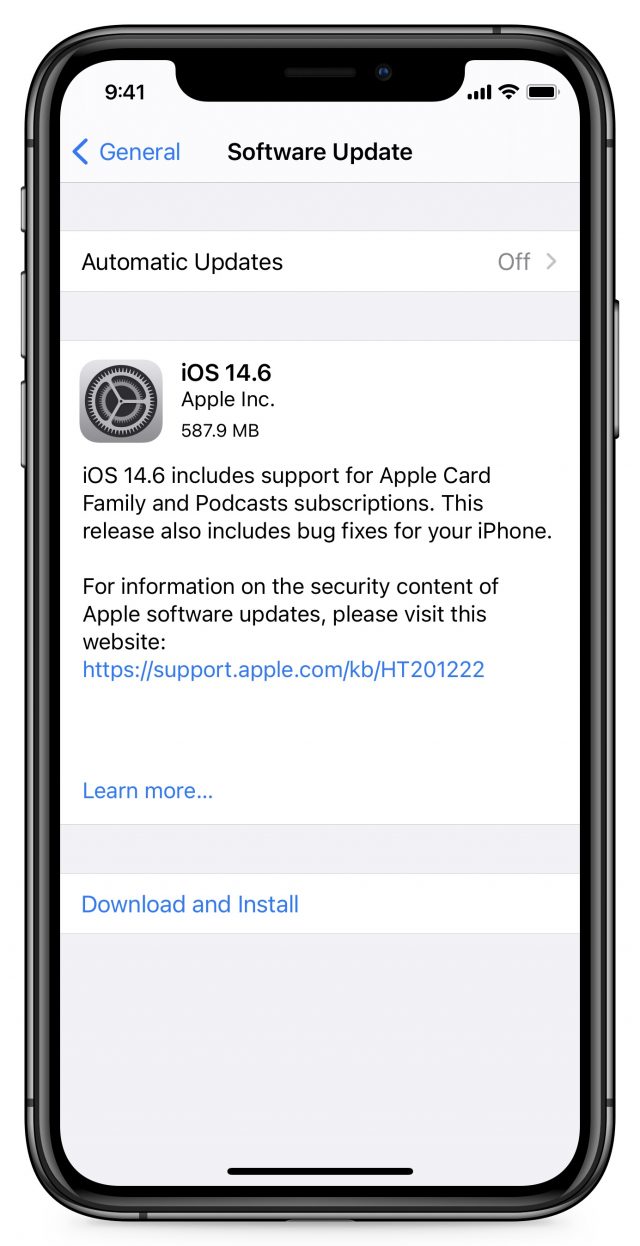 In iOS 14.6 and iPadOS 14.6, Apple’s new AirTag item tracker and associated Find My app now offer better privacy and anti-stalking protections. Notably, you can now set Lost mode so that it shows an email address instead of a phone number, allowing you to avoid sharing your phone number with someone who finds your lost item. To answer some of the concerns around AirTags being used surreptitiously to track others, when someone taps an AirTag with an NFC-capable device, it now displays the owner’s partially masked phone number, which could help the target of stalking identify the culprit.

In a welcome accessibility improvement, Voice Control users can now unlock their iPhone or iPad with just their voice after a restart.

The updates also fix these issues:

The updates fix 38 security vulnerabilities, none of which are listed as being actively exploited. 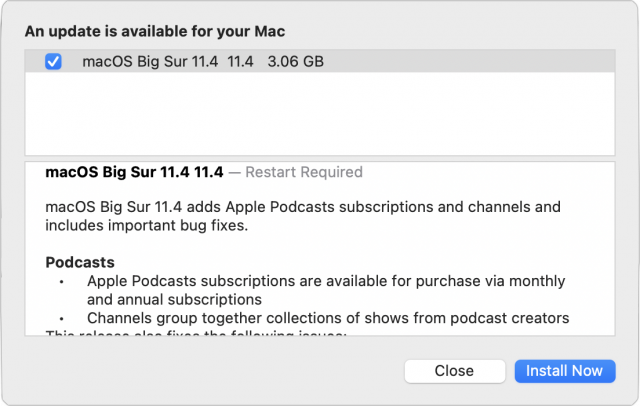 The macOS 11.4 Big Sur update adds Channels to the Podcasts app to group collections of shows. It also fixes these issues:

The 11.4 update fixes 58 security vulnerabilities, one of which has been actively exploited in the wild.

You can install the 3.06 GB macOS 11.4 update in System Preferences > Software Update. 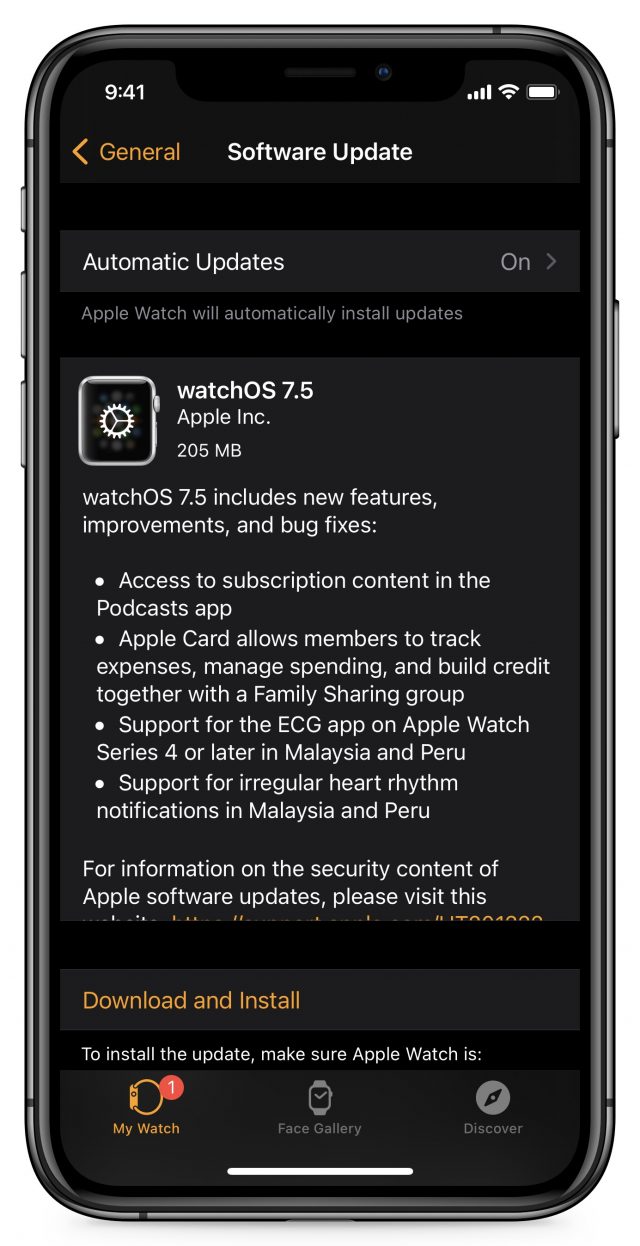 Install the watchOS 7.5 update from the iPhone’s Watch app in My Watch > General > Software Update. The Apple Watch must be on its charger and charged to at least 50%. The update weighs in at 205 MB on an Apple Watch Series 4.

Apple offers no noteworthy release notes for tvOS 14.6, but you can assume that it’ll also add support for paid podcast subscriptions. It has 25 security fixes.

You can install the update in Settings > System > Software Updates or just let it happen on its own.

All Apple is willing to say about this HomePod update is that it “includes general performance and stability improvements.” The HomePod Software 14.5 update is 467.7 MB.

To install it, open the Home app, and if an Update Available button appears, tap it. Otherwise, touch and hold the HomePod tile, tap the gear icon to display the settings, and then tap Update near the top of the screen. Left to its own devices, the HomePod should update itself as well.