Verizon used to claim that it had the largest cellular network, and for the most part, it delivered. Verizon’s network covered places no other carrier would match. It wouldn’t be unusual to get five bars of service in backwoods mountain towns or see 40 Mbps LTE download speeds in Nowheresville.

However, here in rural Tennessee, our Verizon service has steadily degraded over the past few years, to the point where my service became unusable even in town. Oddly, text messages, which are usually more robust, started failing, causing me to get frustrated calls from my wife, at least when those would work.

When I first moved to Lafayette to be with my wife, Verizon was the only game in town. When we first met, I used AT&T—at the time, the only carrier that offered the iPhone—and over our year-long courtship, I was largely unreachable to friends and family when I visited her. Once we were married, we set up a Verizon family plan. I couldn’t even port over my AT&T number because AT&T wasn’t licensed here.

That has changed recently. As part of its FirstNet initiative, AT&T has been dramatically expanding its coverage, building at least three towers in my county. At some point, we also got T-Mobile service. So now I have options. Meanwhile, my Verizon service got worse and worse, and a new Verizon tower didn’t seem to help much.

Frustrated with Verizon, I wanted to try out the AT&T network, but I wasn’t ready to commit until I saw how it performed. I asked for recommendations on TidBITS Talk, and Robert C. Johnson pointed me to Consumer Cellular, a mobile virtual network operator that piggybacks on the AT&T network. To give it a whirl, I ordered a free SIM card with a temporary number for my iPhone 11 Pro.

When you order a SIM card, you must enter your iPhone’s IMEI number so Consumer Cellular can make sure your phone isn’t locked to its current carrier. You can find that in Settings > General > About. Also on the About screen, Carrier Lock should indicate if your iPhone has any restrictions.

Consumer Cellular: Everything You Want, Nothing You Don’t

First, I have to point out with some amusement that Consumer Cellular caters to an older crowd. All of its models sport at least a little gray in their hair, and it sells a device called the GrandPad. Consumer Cellular is the opposite of Boost Mobile, which merged with Virgin Mobile last year and aggressively markets to a young, hip crowd. Although there’s likely no distinction in the actual service between such companies, marketing and support could be cringe-inducing if you’re not in the target demographic. Personally, I’ll take earnest grayness over slangy enthusiasm—I just want reliable cellular service and responsive tech support. 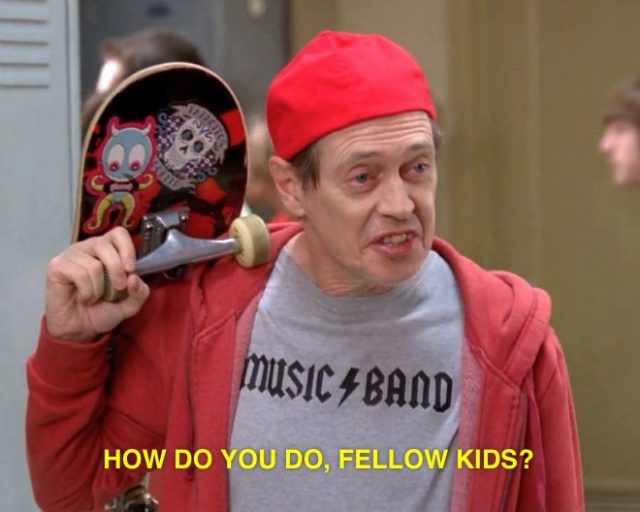 Consumer Cellular marketing continues the focus by getting to the point. I’m tired of corporate social media feeds bragging about how they’re redefining what it means to make a phone call or how we’re all “in this together.” Consumer Cellular sticks to phones and phone accessories. The company’s Twitter feed links to helpful articles from Android Authority, CNET, Fast Company, and other respectable outfits (sadly, not TidBITS yet) that help customers make the most of their phones. The focus and lack of “special messages” are refreshing.

You can buy an iPhone through Consumer Cellular, either up front or through a payment program. It sells all the iPhones in Apple’s current lineup, or you can get a free SIM card to install in an existing iPhone (recent iPhones can work across carriers that use different cellular technologies, unlike in the past).

Consumer Cellular has a 30-day money-back guarantee. I canceled my first line because I was ready to port my number, and thanks to a June special, I ended up with a positive balance in my account instead of a bill.

Consumer Cellular offers the features you’d expect: 5G (for iPhone 12 models), Wi-Fi Calling, and Personal Hotspot. I had some snafus with Wi-Fi Calling and Personal Hotspot that I’ll discuss below. Once I got Wi-Fi Calling set up, it worked much more reliably than Verizon’s, which would spontaneously fail throughout the day, forcing me to turn things off and on again until it (hopefully) worked again. (I have no cellular service at my house, so Wi-Fi Calling is key.) I tested tethering with an iPad while on the road, and it also worked fine.

As for coverage, I tested the AT&T network against Verizon’s and T-Mobile’s networks (thanks to “T-Mobile’s Network Test Drive Puts 5G on Your iPhone’s eSIM,” 5 July 2021) and found the three comparable in my area, which is saying something, because I live, as George Clooney put it in O Brother, Where Art Thou, “two weeks from everywhere.” And as data speeds go, I’ll let you be the judge.

Consumer Cellular offers several plans, but its lineup is simple. There are talk-only plans, which are pointless if you have an iPhone, and 250-minute plans, which aren’t much cheaper than unlimited talk and text plans. 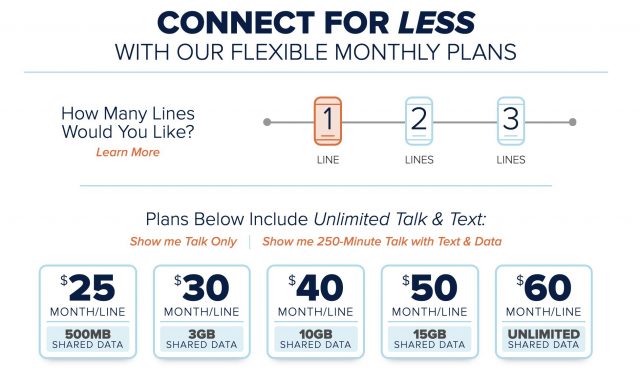 There are no overages. If you exceed your data limit, Consumer Cellular automatically upgrades you to the next data tier and notifies you. You stay on the higher tier unless you manually downgrade to a lower tier.

As for the unlimited plan, you get full speed 5G or LTE until you hit 35 GB of usage, after which it’s throttled, though to what speed I couldn’t determine.

AARP members also get a 5% discount.

Consumer Cellular has a few limitations. Since it’s not one of the big three carriers, it’s not part of Apple’s iPhone Upgrade Program. I don’t see that as a big deal, since I can finance an iPhone with my Apple Card and trade it back to Apple when I’m ready to upgrade.

Family plans are limited to three lines. That’s not a problem for me at the moment because I share a plan only with my wife and mother. If you need more lines, you could presumably set up a second account to add three more lines.

Although Consumer Cellular offers Wi-Fi Calling and Personal Hotspot, you have to ask the company’s customer service to enable them. I’ve activated two SIMs with Consumer Cellular: one for my test and a second when I ported my number from Verizon. Both times, data worked as soon as I installed the SIM, but I couldn’t dial out, activate Wi-Fi Calling, or use Personal Hotspot until I contacted customer service.

When you contact Consumer Cellular to get your SIM fully activated, I recommend requesting Wi-Fi Calling and Personal Hotspot at the same time. Not only will it save you another call, but it’ll also save a bit of hassle since you have to restart your iPhone each time a new feature is turned on. Also, when Consumer Cellular first activated Personal Hotspot, it turned off Wi-Fi Calling on my iPhone, and I had to turn it back on again in Settings.

Customer service is reasonably responsive—it usually takes 5–10 minutes before reaching chat or phone support. Given how long I’ve waited on hold trying to reach other carriers and given the general labor shortage, I can’t complain much. Once I’ve gotten through, I’ve had good service—the staff is prompt, courteous, and fluent in English.

By the way, when you port your number, you may need a special code from your previous provider that prevents miscreants from porting your number as part of an identity theft scam. For Verizon, you need to go to a settings page and click Generate PIN, which you then give to Consumer Cellular customer service.

Consumer Cellular packages its SIM cards in an all-in-one card. For most iPhones, you’ll want to punch out the nano-SIM in the center, but don’t toss the card. If you need a different SIM card size later, you can press the nano-SIM back in and then punch out the micro or standard SIM size.

Consumer Cellular has a helpful video on how to use its SIM cards.

Other than dealing with the tiny nano-SIM, swapping it out is pretty easy:

Apple has a video on how to change your SIM card.

Your iPhone should recognize the SIM right away, but you may have to contact Consumer Cellular customer service to be able to make calls. The instructions with the SIM give you a number you can use to test.

If You Decide to Switch

I can’t tell you if you should switch to Consumer Cellular because cell service varies so widely around the country. I’m pleased with my service so far, customer service has been easy to work with, and I appreciate the company’s no-nonsense approach. I don’t miss Verizon at all.

I wrote this review just to share my experiences, but if you do decide to switch, I would be remiss not to mention Consumer Cellular’s referral program, which gives us both a $10 account credit. If you’re interested in switching, send me an email at [email protected], and I’ll share a referral link with you so we can both save a few bucks.