The video-centric social media service TikTok doesn’t worry about personal connections, like Facebook and Twitter. Instead, it shows users video after video based on what its secret algorithm thinks they’ll want to watch. TikTok users report seeing videos that seem scarily well targeted after a surprisingly short time—how does the algorithm work so quickly? A Wall Street Journal investigation reveals that it has to do primarily with the amount of time a user lingers over a piece of content. The problem, of course, is that content that causes people to hesitate over something or watch it again isn’t necessarily what they want to see, it’s what captures their attention. You can’t avoid staring at the traffic accident on the other side of the freeway, but that doesn’t mean you want to see more. The Wall Street Journal’s video is fascinating, and it presents a cautionary tale about how algorithms can interpret our actions in ways that may be unhealthy for us. 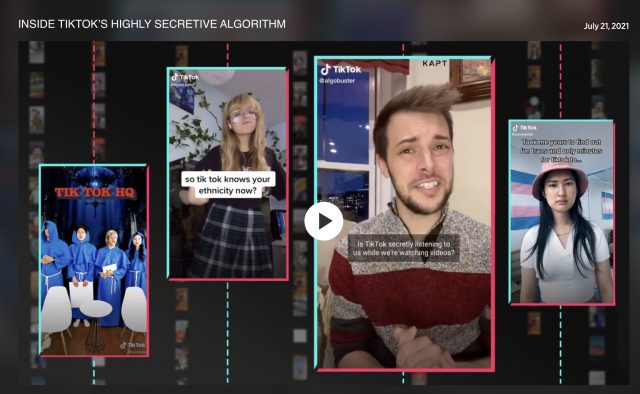