When it came to the iPhone, Apple did exactly what everyone expected at its inscrutably named “California Streaming” event, introducing the iPhone 13, iPhone 13 mini, iPhone 13 Pro, and iPhone 13 Pro Max, all powered by the new A15 Bionic chip. With the exception of slightly rearranged rear cameras and a smaller front notch, the industrial design and form factor of each model remain much the same as the iPhone 12 models from last year, with squared-off edges and a variety of colors. They’re available for pre-order now and will begin shipping on 24 September 2021. 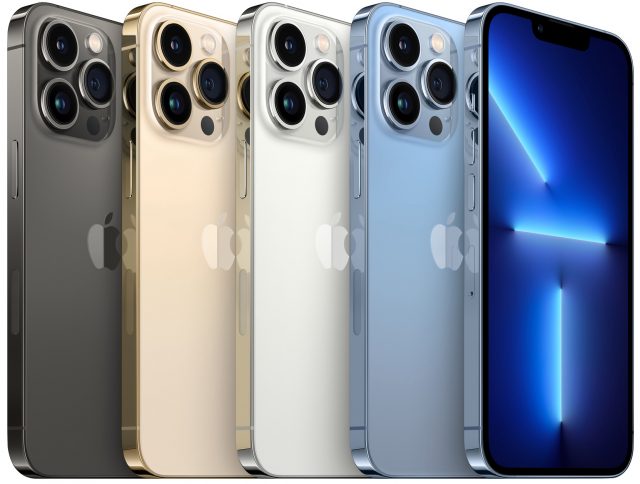 As with last year’s iPhone announcement, Apple’s pre-recorded presentation was a firehose of detail and technical specs, far too much to convey in a coherent and useful fashion here. Instead of “speeds and feeds,” we’re once again going to focus on the important changes you need to know if you’re considering upgrading to one of these iPhones. For the rest of the details, check out these pages:

So what should we focus on? The cameras, of course.

It’s All about the Cameras

By now, everyone should realize that iPhones are more cameras than phones. With the iPhone 13 lineup, Apple devoted much of its engineering effort to improving both the cameras and the computational capabilities that enable impressive technologies like the new Cinematic mode.

The iPhone 13 and iPhone 13 mini still have dual-camera systems boasting a new wide camera with larger 1.7 µm pixels and sensor-shift optical image stabilization that was previously unique to the iPhone 12 Pro Max. They combine to provide improvements in low-light photos and videos. The ultra-wide camera offers a faster sensor than before. 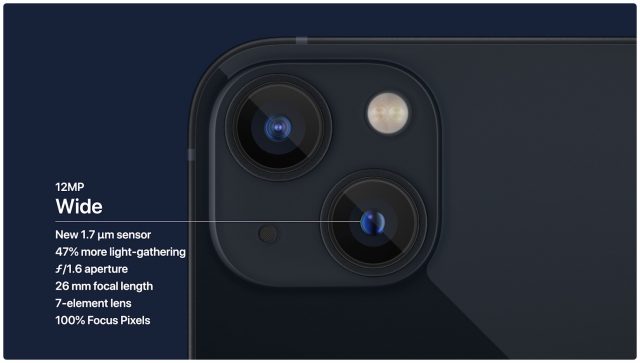 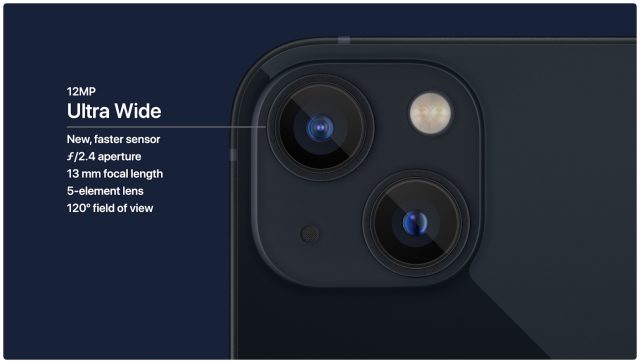 A faster 16-core Neural Engine and new image signal processor in the A15 Bionic chip make possible three new computational photography features: Photographic Styles, Smart HDR 4, and Cinematic mode. Photographic Styles enable you to customize photographic preferences (like vibrancy) that the camera system then uses for future photos in real-time—it’s a little like automatically applying custom filters via a heavy dose of machine learning. Smart HDR 4 provides improved color, contrast, and lighting for each subject in a group photo.

Finally, Cinematic mode is essentially like Portrait mode for video, albeit only 1080p video at 30 frames per second, not the 4K video that’s otherwise possible. It automatically applies a cinematic technique called “rack focus,” the practice of changing the lens focus during a shot to emphasize different people or objects. Cinematic mode changes the focus automatically during shots, even in response to a person looking in a different direction or someone walking into the scene. You can change the focus during (tap to refocus, tap twice to refocus and lock on a person or moving object) or even after capture, and you can adjust the level of bokeh to edit the depth-of-field effect in Photos and iMovie for iOS (coming soon to iMovie for macOS and Final Cut Pro). As with most of Apple’s visually focused technologies, it demos incredibly well; the question will be if it’s useful in real-world usage. 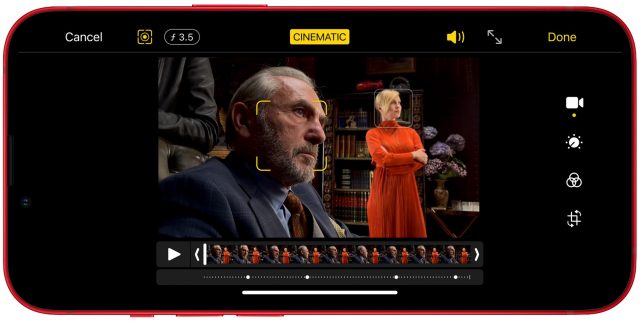 The iPhone 13 Pro and iPhone 13 Pro Max take the camera improvements even further. As with last year’s models, they feature triple-camera systems with wide, ultra-wide, and telephoto cameras, plus an A15 Bionic with a 5-core GPU (up from the 4-core GPU in the lower-end models). All three cameras receive new sensors and lenses, complete with sensor-shift optical image stabilization.

The wide camera has larger 1.9 µm pixels to reduce noise and support faster shutter speeds, and its larger ƒ/1.5 aperture improves performance even more in low-light conditions. The ultra-wide camera has a much wider ƒ/1.8 aperture and a new autofocus system that also provides sharper details in low-light shots. More interesting for many of us are the improvements in macro photography that come from the new ultra-wide camera—you can now capture tiny subjects with a minimum focus distance of 2 centimeters, either as still images or in video, including Slo-mo and Time-lapse. Finally, the new 77 mm telephoto camera provides 3x optical zoom in, enabling the system as a whole to have a 6x optical zoom range when combined with the 2x optical zoom out.

All four models of the iPhone 13 have new front-facing TrueDepth cameras shoehorned into a smaller front notch. They’re 12 megapixels, have an ƒ/2.2 aperture, and support all sorts of Apple photo and video technologies, like Portrait mode, Portrait Lighting, Night mode, Deep Fusion, Smart HDR 4, and so on. The main difference between the front-facing cameras in the low-end and high-end models is that only the iPhone 13 Pro and iPhone 13 Pro Max support Apple ProRAW files and ProRes video recording.

Other Stuff That’s New and Improved

It would be unfair to imply that the only important changes in the iPhone 13 models are the cameras, but as you’ll see in the list of other improvements below, the rest aren’t likely to change your life. They’re all just better—you’ll enjoy better performance, better screens, better battery life, and better 5G. And that’s fine.

As with previous years, Apple has kept some older models available for sale, albeit in limited configurations. That provides a coherent ramp for price points, ensuring that most people who want an iPhone can find one that fits their budget.

Also note that the iPhone 13 Pro and iPhone 13 Pro Max now come in a 1 TB configuration. It’s a bit pricey, but if you’re shooting video, the extra storage will no doubt be welcome. I imagine many professional photographers and videographers won’t even blink at buying that configuration. 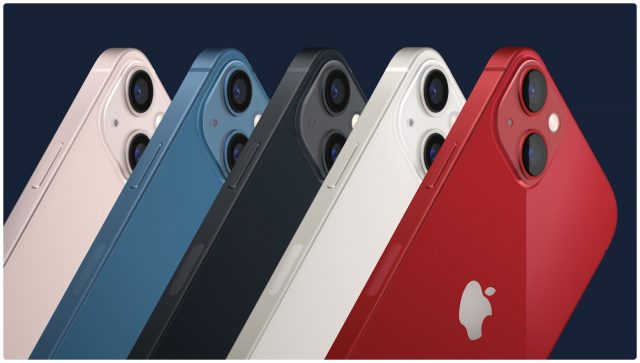 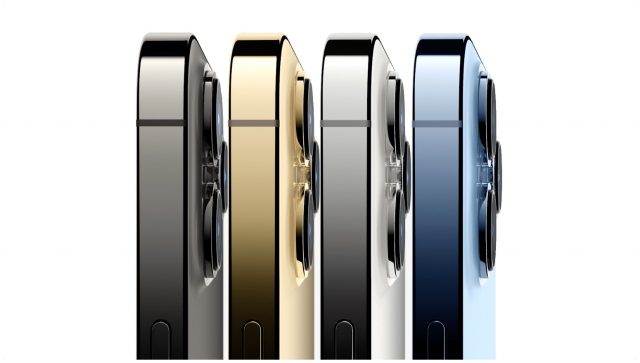 As noted before, you can pre-order the iPhone 13 models now, and the first deliveries will arrive on 24 September 2021.

Overall, the iPhone 13 models feel evolutionary rather than revolutionary. As with all new iPhones, there’s no question that these are the best iPhones Apple has ever made. And yes, they feature a faster A15 Bionic chip, improved cameras, better displays, longer battery life, and more 5G bands. But they probably won’t radically change the experience of owning an iPhone for you as the redesign of the iPhone 12 or the addition of MagSafe might have last year. That’s not a bad thing—the iPhone experience is already pretty darn good—but it does inform upgrade decisions. 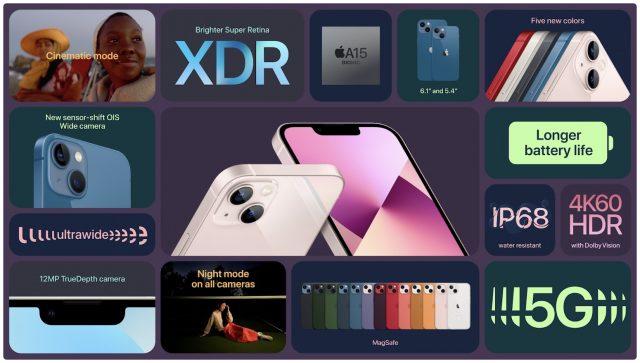 What about upgrading from the iPhone 11 era? With that, we’re into the two-year timeframe, so it’s possible, even likely, that the improved performance, better cameras, and longer battery life make that decision easier. For instance, I have an iPhone 11 Pro that has served me well. If I didn’t write about Apple professionally, I’d stick with it, but since it is beneficial to me to stay up to date with Apple’s technologies (and because I take a lot of macro photographs), I’ll probably upgrade to an iPhone 13 Pro.

Once you get older or slower than the iPhone 11 series, the decision gets easier because the jump in performance and overall capabilities will be so great. For another example, Tonya has a second-generation iPhone SE that she bought in April 2020 and couldn’t bring herself to replace with the far more desirable iPhone 12 mini just seven months later (see “Large Size of Apple’s New Low-Cost iPhone SE Disappoints,” 15 April 2020). However, since size is one of her main complaints about iPhones, she’s thinking about trading in her iPhone SE for the iPhone 13 mini at some point.

All that said, if you have an older iPhone that’s working fine for your needs, there’s no requirement that you upgrade. Save your pennies, and next year’s iPhones will once again be the best iPhones that Apple has ever made.