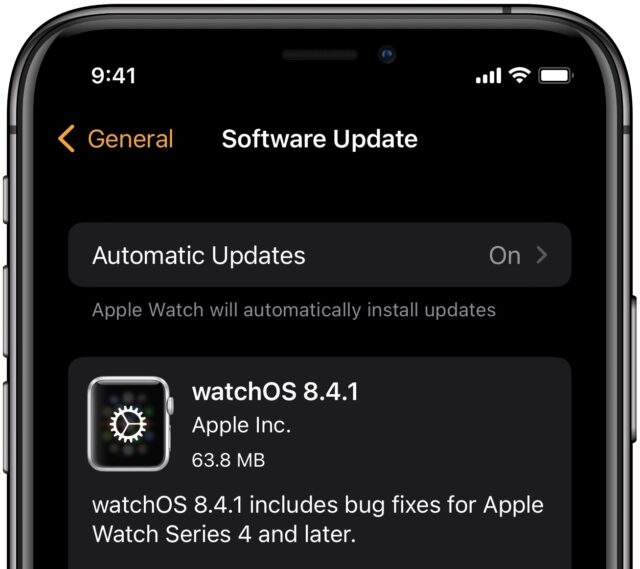 It’s unfortunate that Apple didn’t see fit even to hint at what sort of bugs watchOS 8.4.1 fixes, but given the speed at which Apple released it after watchOS 8.4, you should probably update sooner than later. We would guess that watchOS 8.4 introduced some new problem that Apple felt was sufficiently important to warrant an immediate update, if not important enough to describe.

You can install the 63.8 MB update (for an Apple Watch Series 4) in the Watch app in Settings > General > Software Update. The Apple Watch must be on a charger and have at least a 50% charge to install the update.

Comments About Apple Rushes Out watchOS 8.4.1 with Undisclosed Bug Fixes