It’s time once again to fire up Software Update. Apple has released updates for all of its shipping operating systems with bug fixes and security updates but no new features, apart from Siri on the HomePod learning to recognize two new languages. Apple says that one of the security vulnerabilities addressed may have been actively exploited in the wild, so we recommend updating soon.

iOS 15.3 and iPadOS 15.3 feature frustratingly vague release notes: “bug fixes and security updates.” However, Apple does provide more details for the ten security fixes. You can install the updates in Settings > Software Update. iOS 15.3 is a 1.06 GB download for an iPhone 13 Pro, and iPadOS 15.3 weighs in at 663 MB on a 10.5-inch iPad Pro. 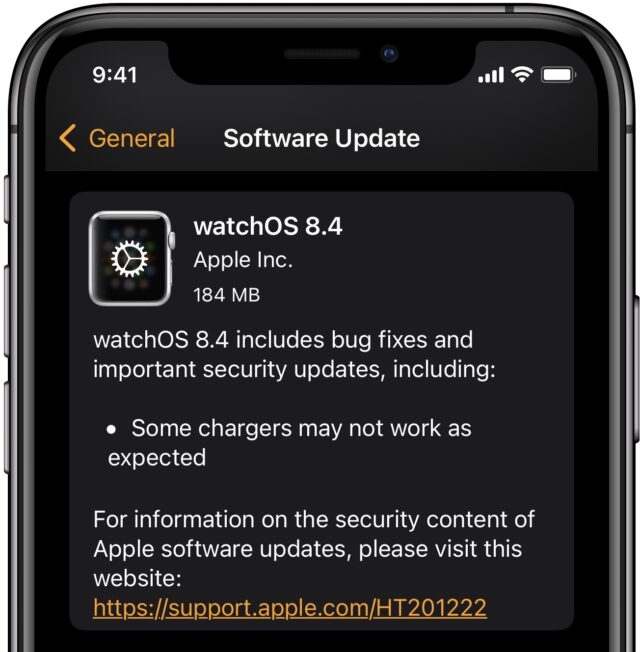 watchOS 8.4 has some of the more specific release notes of the lot, promising a fix for chargers not working as expected (this seems to be a recurring theme, see “watchOS 8.1.1 Fixes Apple Watch Series 7 Charging Issues,” 18 November 2021). watchOS 8.4 also includes eight security fixes. You can install the 184 MB update in the Watch app in Settings > General > Software Update. The Apple Watch must be on a charger and have at least a 50% charge to install the update; it took less than 10 minutes to install on an Apple Watch Series 5.

Unsurprisingly, Apple didn’t include any release notes for tvOS 15.3 but does describe nine security fixes.

Finally, Apple has released HomePod Software Version 15.3, adding Siri voice recognition for up to six users in Indian English and Italian. The update should install on its own soon enough, but you can force it to install right away by opening the Home app, tapping the Update Available button at the top of the screen, and then tapping Update.