What if you want an attractively designed streaming media player for your HDTV that supports AirPlay 2 and all the services you use—and don’t want to spend $179 or $199 for an Apple TV 4K? A Roku streaming player may fit both the bill and your budget.

Roku has spent more than a decade designing media players that stream video to TVs through third-party apps, including Apple TV+ and Netflix. It also licenses its software to smart TV makers. Roku has licensed movies and TV shows that it offers for free and produces some original programming, like the just-announced Weird Al documentary. 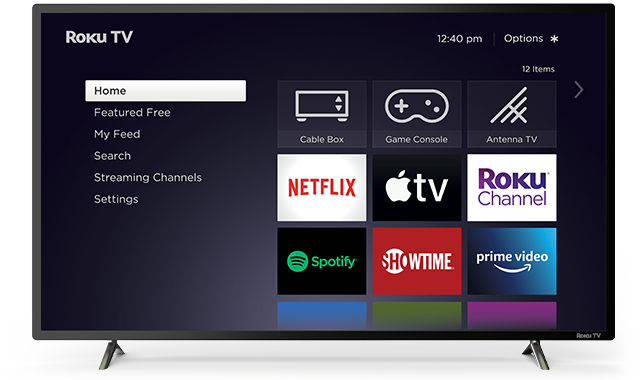 Roku lets you sidestep the Apple TV’s steep price without having to buy into Amazon’s or Google’s ecosystem. You can also avoid the ugly interfaces and privacy nightmares of other smart TVs from companies like LG, Samsung, Sony, and Vizio. Roku lets you opt out of certain tracking but defers some privacy choices to streaming service providers with whom you have a direct relationship.

I recently purchased and tested a Roku Express 4K+, currently on sale for $29.99—six times cheaper than the least-expensive Apple TV 4K model. It uses Wi-Fi 5 (802.11ac) for connectivity and includes a “voice remote” that allows limited voice recognition. The box is tiny, not much larger than a multi-slot camera card reader, and comes with a non-permanent sticky strip so you can adhere it to a TV set. The device draws power over USB, and Roku provides the USB cable and USB AC adapter required, as well as an HDMI cable to connect to your TV. Roku even included two Duracell-brand AAA batteries for the remote—not the cheap, generic batteries usually bundled with even expensive electronics.

The Roku Express 4K+ is one of a lineup of ten models that share most features in common. During the current sale, you can pay the same for a 1080p model (Roku Express, $29.99), $5 more for a 4K version with a simpler remote (Roku Express 4K, $34.95 at Walmart), and higher prices to add Ethernet, Dolby Vision or a soundbar speaker. You can also get a Roku player as an all-in-one HDMI stick, which is useful if you have a wall-mounted TV set.

Setup was a breeze—as easy or easier than getting an Apple TV up and running. After connecting the Roku Express 4K+ to my TV and powering both up, the player automatically detected the resolution, had me confirm it was correct, and then handed me off to a Web page to complete the configuration. You could also enter a URL or scan a QR code to open that page. Web-based configuration is preferable to entering text with remote control, which is always awkward. This would prove to be a theme with Roku. (The remote control has an interesting option to let you orally “type” in account information, too, by speaking letters, numbers, and punctuation.)

I hadn’t yet set up a Roku account, so I did so and quickly chose among the many third-party and Roku-affiliated streaming apps to install, which it calls “channels.” It took just a few minutes to go through all the options. After that, an available software update took less than a minute to download and install.

I started launching services on the Roku home screen to log in with accounts. Every service presented a URL, and most displayed a QR code to provide a simple login through a  browser or an iPhone app, a common feature across apps for streaming players. Within just a few minutes, I had logged into Apple TV (the app), Amazon Prime Video, Hulu, Netflix, and others—we may have too many streaming services—and started streaming videos. 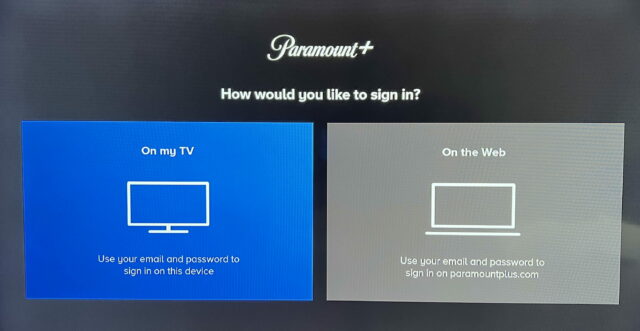 The Roku interface is pleasant, streamlined, and responsive. It’s not larded up with offers and different sized selection targets like many smart TV interfaces. I also found it less frustrating than how Apple mimics an iPhone-style home screen on the Apple TV without supporting touch input. The Roku interface understands you have a remote control. It presents a short text menu at the left to navigate between categories like channels, live television, and settings. 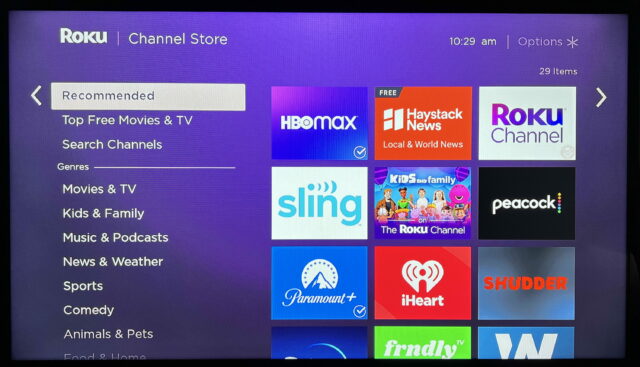 The Roku voice remote strikes a lovely balance between the minimalism of the Siri Remote (old and new versions) and the typical crowded array of buttons on TV and set-top box remotes. You can also pair Roku’s iPhone app with the player and perform most operations from your iPhone thanks to a simulated remote control.

Using the Roku operating system was largely intuitive—I didn’t feel I had to learn a new way of thinking about selection or navigation. Only an asterisk button threw me briefly: it functions as a right-click, providing contextual commands, such as for moving channel icons around.

However, the experience wasn’t flawless, even after I installed the latest software update. It’s a little clumsy to remove channels and move them around, though the process isn’t much worse than an Apple TV. The Roku remote control also has four buttons dedicated to Apple TV+, Disney, Hulu, and Netflix solely because they paid for placement. That’s fine if you use those services, but if not, they loom there eternally as a constant reminder of megacorp pay-for-play. 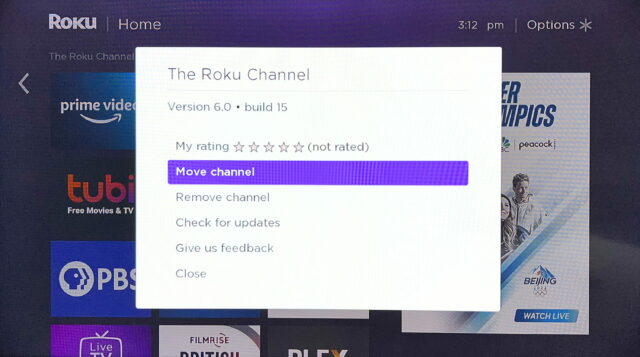 The Apple TV app wouldn’t load Apple TV channels offered within it (as opposed to the channels at the Roku’s top level), perhaps nesting too deeply to work, at least at present. Instead, I ended up at a brownish empty screen for any channel I tried. The back button worked, so I wasn’t stuck. Because Apple provides this app, the fault may lie with it rather than Roku.

Roku supports AirPlay 2 on all its current models. When powered up, it appears just like any other AirPlay video destination and worked as expected.

Roku is perhaps the quiet genius in the back of the room in the classroom of hand-raising, attention-seeking streaming players, the makers of which use all means at their disposal to promote their own options. Competitors like Google, Amazon, and Apple devote a fraction of their efforts to streaming; it’s all Roku does. Roku’s streaming players are inexpensive and simple to set up while featuring an interface that’s among the best in class, the least invasive, and the least wasteful of your time and attention. In the end, Roku offers a worthy alternative to an Apple TV, calling out just how overpriced the Apple TV models are in comparison.