Apple has finally confirmed the rumor that it will soon allow merchants to accept payments directly on iPhones, with no additional hardware required. Square was the pioneer in this space years ago, sending out free credit card swipe readers that connect to an iPhone through the headphone jack to anyone who wanted them. More capable Square point-of-sale terminals followed, and it’s likely that you’ve used one at some point.

Pundits are proclaiming Apple’s new Tap to Pay technology a “Square killer,” but Apple isn’t offering its own service. Instead, the company will provide the capability to partners like Stripe and Shopify, with more payment platforms coming later in the year. Customers will be able to tap a contactless payment method (like an iPhone, Apple Watch, or compatible credit card) to a merchant’s iPhone to make a payment over Apple Pay, using the NFC technology built into all recent iPhones. Like all Apple Pay transactions, the Tap to Pay transactions will be encrypted and processed by the iPhone’s Secure Element, and Apple won’t know what is being purchased or who is buying it. Tap to Pay is sure to be a boost to Apple’s steadily accelerating services business and a boon to small retailers in particular. 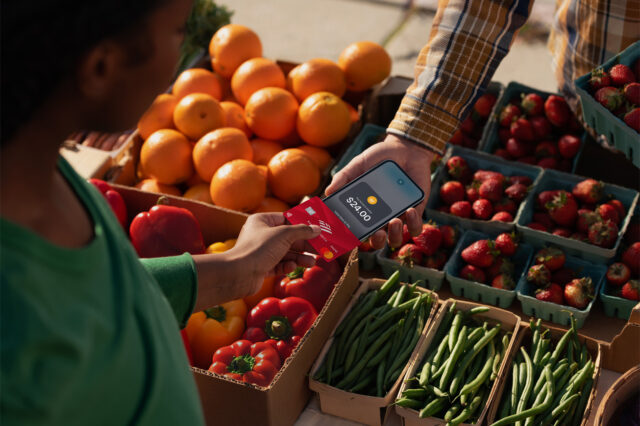