The most significant addition to the Apple experience from these updates is Universal Control, which Apple is still labeling as a beta. Universal Control lets you use the same keyboard and pointing device to control multiple Macs and iPads, switching between devices seamlessly. At least that’s the theory. We’ll put it through its paces soon.

Many of the changes are shared among the different operating systems, so we’ve covered most of the ground for iOS 15.4 and then focused on the differences for the rest. Note that after you update to iOS 15.4 and iPadOS 15.4, you’ll be greeted by a new “Hello” screen that writes out the word in numerous different languages, much like the Hello screensaver in Monterey.

When should you update? If you’re interested in trying Universal Control or having Face ID on your iPhone work even when you’re masked, we suggest waiting a couple of days to ensure there aren’t unexpected gotchas. Those who don’t find those features compelling can wait a week or two since Apple doesn’t identify any of the security fixes as being actively exploited.

Either way, these are probably the final feature releases of Apple’s 2021 operating systems. Apple will likely unveil the next major releases in June at WWDC and release them to the public in September, so until then, you can expect mostly security updates and the occasional bug fix.

The big win of iOS 15.4 for those using an iPhone 12 or later is that Face ID should now work when you’re wearing a mask. The feature requires setting up Face ID again, and if you wear glasses, it asks you to train Face ID with and without your glasses. Those who wear multiple pairs of glasses can add those to the training set, too. 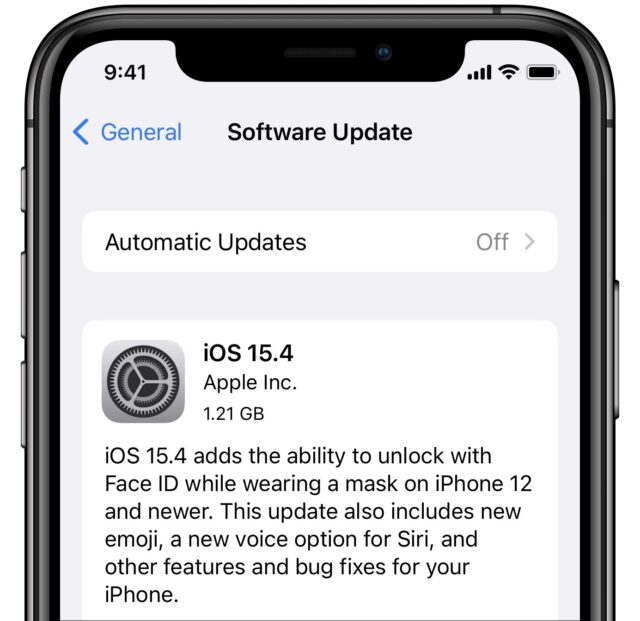 The update also provides new emojis and a new gender-neutral Siri voice, and it lets you initiate SharePlay directly from supported apps (see “How to Use FaceTime Screen Sharing and SharePlay,” 8 November 2021). You can finally add notes to saved passwords, making Apple’s built-in password manager more capable. European users can now use the Health app to download their EU Digital COVID Certificate and display it in Wallet.

iOS 15.4 provides a slew of smaller improvements as well:

When you upgrade, you may also appreciate iOS 15.4’s bug fixes:

Other than Universal Control, the high points of iPadOS 15.4 are similar to those of iOS 15.4. The differences are as follows: 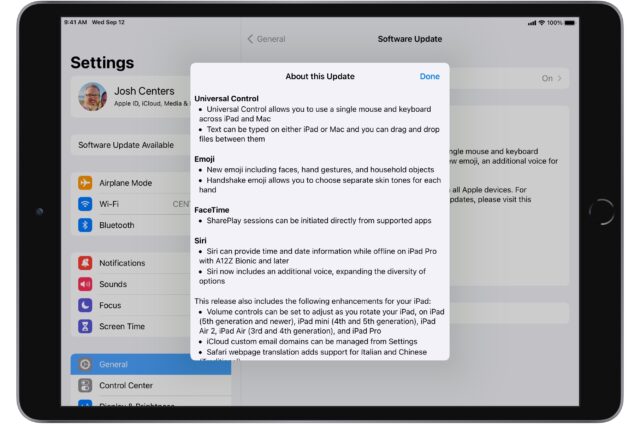 Besides Universal Control and the changes in iOS 15.4, the big changes in macOS 12.3 Monterey are: 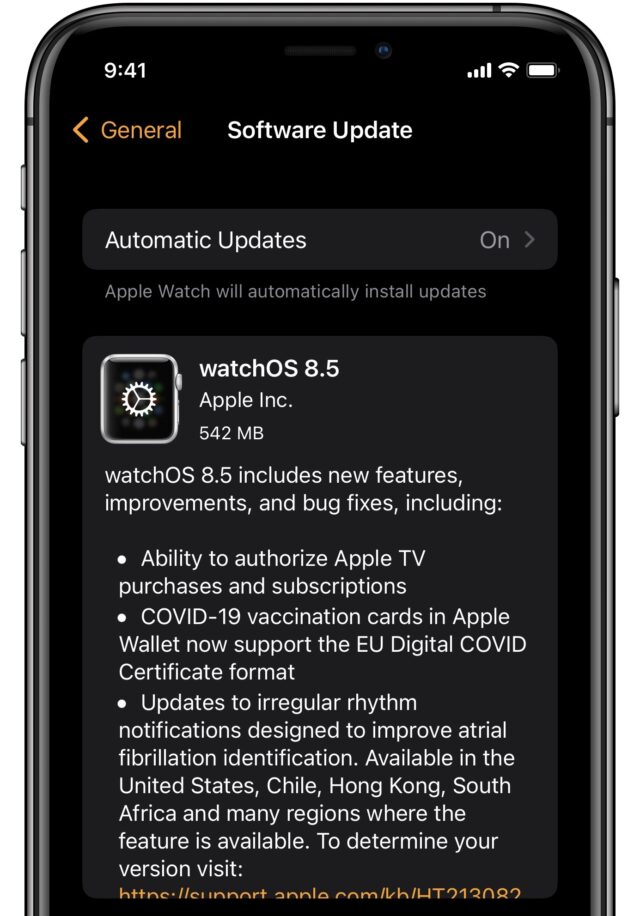 watchOS 8.5 has fewer notable changes than the other updates:

watchOS 8.5 features 22 security fixes, and the update is a 542 MB download for an Apple Watch Series 4.

As mentioned above, tvOS 15.4 lets you authorize purchases using an Apple Watch running watchOS 8.5. You can also keep a constant eye on a HomeKit camera in a Picture in Picture window while watching another program. Finally, tvOS 15.4 supports “captive portal” Wi-Fi networks that force you to click through a Web page before connecting, as you may see at hotels.

If you’ve been hoping to take your HomePod on vacation, HomePod Software 15.4 includes support for those “captive portal” Wi-Fi networks. It also adds Siri voice recognition support for Dutch and French, perhaps suggesting where you might take that vacation.