Earlier this year, we asked, “Has Apple Abandoned the iPod touch?” (22 February 2022). It turns out the answer is yes.

In an Apple Newsroom post titled “The music lives on,” Apple emphasizes the many ways you can listen to music using the company’s devices and its Apple Music service. If you failed to read the post carefully, you might have missed the death knell in the subtitle and clarified at the end:

If you want an iPod touch for some reason, it’s now or never. However, at this point, the iPod touch is so outdated that the main reason to buy one may be for nostalgic reasons—though it still makes a good dedicated music player. A base model iPad or even a used iPhone would likely be a better value.

When Apple first released the original iPod over 20 years ago, on 23 October 2001, it was a revolutionary product, even if everyone didn’t see it at first. As Jeff Carlson noted at the time in “iPod Makes Music More Attractive” (29 October 2001), there was reason to think the iPod could go either way. The iMac had been a market-changing success, while the Power Mac G4 Cube was a commercial failure despite having a novel industrial design that earned its own niche of fans. 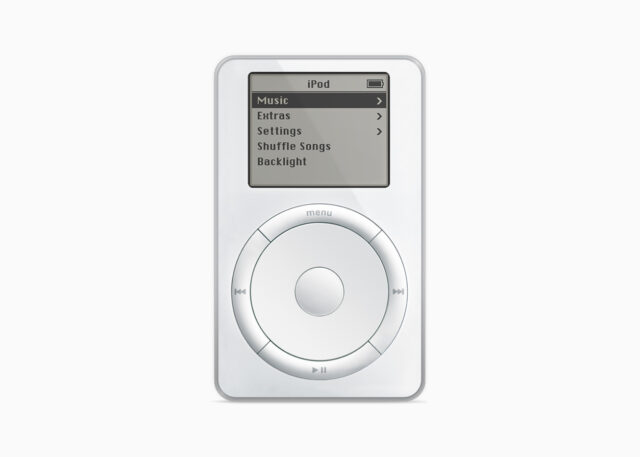 But Apple is seldom nostalgic, and the core capabilities of the early iPods have long been met and exceeded by the iPhone, iPad, Apple TV, HomePod, and even the Apple Watch. The last surviving member of the line, the iPod touch, hasn’t brought much to the party for years. While it’s sad to see the iPod touch go and the curtain come down on the iPod line, its time had come.

We’ll leave you and the iPod with a peek at what could have been. Tony Fadell, often credited as the father of the iPod, recently gave TechCrunch a look at an iPhone prototype that was much closer to the clickwheel iPod than the iPhone we know today:

To mark the release of his new book, @tfadell gave us a peek at what's been taking up space in his garage all these years — including this wild iPod/iPhone hybrid concept device. https://t.co/LOsakpQs2i pic.twitter.com/8s0akWrgOe