Picture in Picture (PiP) is not a new feature. Apple introduced it on the iPad years ago and added it to the iPhone with iOS 14. But there has always been one notable app that didn’t support it: Google’s YouTube. In fact, YouTube aggressively worked to block Picture in Picture, even when the user visited YouTube in a browser instead of using the app. The community would figure out workarounds (like “TipBITS: Watch YouTube Videos in Picture in Picture” 19 July 2019), and YouTube would plug them.

Why did YouTube care so much about blocking PiP? The most likely reason is that many people listen to music by starting the video of a particular song and then letting YouTube’s algorithm play related tracks. But YouTube lives and dies by its ads, and unlike YouTube Music and streaming services like Pandora and Spotify, YouTube’s ads are meant to be seen as well as heard. Since the entire point of PiP is to do something else with the video playing in a small window or even entirely off-screen, it makes sense that YouTube wouldn’t want its ads to be easily ignored.

But hell recently froze over. After many years, YouTube has finally rolled out PiP support for its app.

Its sudden appearance caught many by surprise, including me. I was watching a YouTube video on my iPhone, switched to the Home screen, and was flabbergasted when the video kept playing, taking up nearly half the screen while doing so. “Huh,” I thought, “I guess YouTube finally rolled out Picture in Picture.” After years of working around YouTube’s hacks to disable the standard iOS feature, I felt like I was doing something sketchy when it finally worked as intended. A double-tap on the video shrunk it to the corner of the screen, and a swipe to the right hid it entirely (although hidden video stops playing automatically after about 30 seconds). 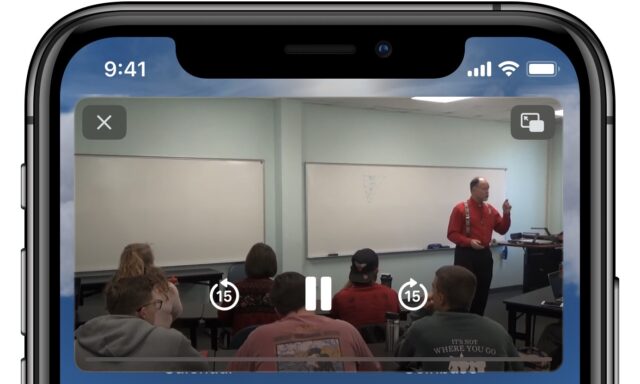 My wife had a similar reaction. “Did you or the kids do something to the YouTube account,” she asked one night. “I was watching a video and went to make a phone call, but the video kept playing!” She assumed we’d signed up for some premium service.

The problem is that most of us have been trained to stop a YouTube video by simply switching away from the app. Of course, you can always dismiss the window by tapping it to reveal controls and then tapping the X in the upper-left corner to close the window, but that’s a really small target to tap on an iPhone screen.

So if you want to prevent YouTube videos from opening in PiP, you have two options.

You can disable the Picture in Picture feature just for YouTube:

Turning Off Picture in Picture for All Apps 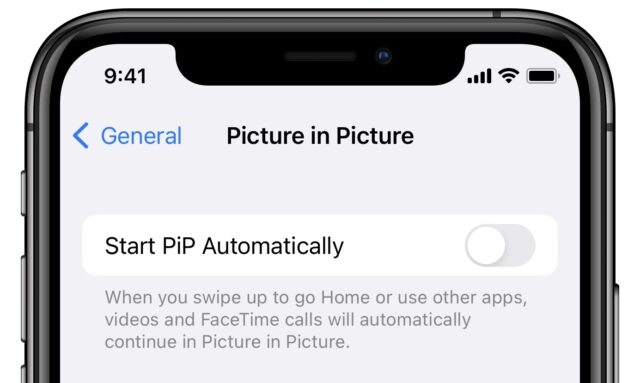