Apple released its first batch of AirTags last April (see “Apple’s AirTag Promises to Help You Find Your Keys,” 20 April 2021), and they have a one-year battery life, so if you haven’t already changed your AirTags’ batteries, you’ll likely need to do so soon. You can’t check how much life is left in an AirTag battery, but your iPhone will both warn you when it’s getting low and display the status in the Find My app. 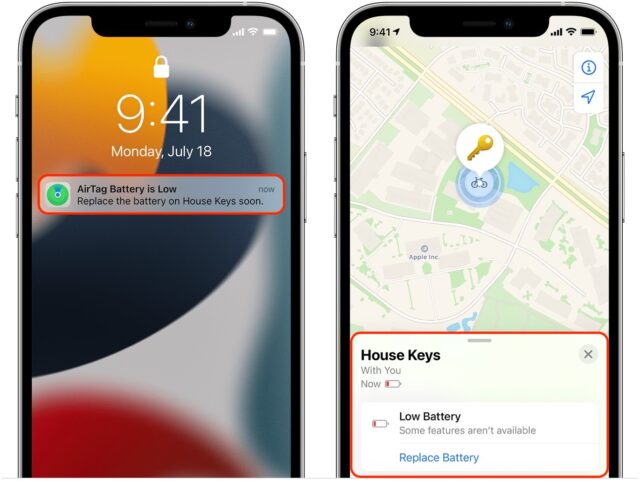 Unusually for an Apple device, you can easily change the battery:

One last step: open the Find My app on your iPhone to the Items tab and ensure that it detects a full AirTag battery. This check is key because you want to make sure that you installed it correctly and that it’s compatible. If the battery is full and working correctly, you won’t see a battery level. So why is Find My reporting that the battery is weak in the screenshot below? 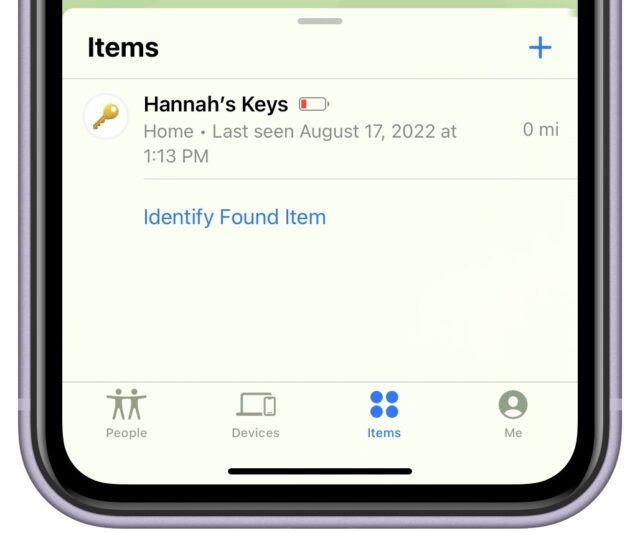 I failed to check the battery indicator when I recently changed my wife’s AirTag battery, which was a mistake. We didn’t discover the problem until she lost her keys a few days later, only to discover that the AirTag wasn’t working. Here’s what went wrong.

CR2032 batteries with bitterant coatings might not work with AirTag or other battery-powered products, depending on the alignment of the coating in relation to the battery contacts.

Since these small batteries are a choking hazard, many companies warn buyers to keep them away from small children. At least Duracell goes one step further and coats the batteries with a bittering agent that tastes absolutely awful so young children will spit them out. It’s a good idea, but the bitterant can interfere with the electrical connection. It’s not just AirTags; Garmin also warns against using Duracell’s CR2032 bitterant-coated batteries.

Unfortunately, I don’t know any reliable method to remove this coating. Some suggest that you can clean the battery with rubbing alcohol. I tried that on a battery with a cotton swab and 91% isopropyl alcohol, but it didn’t make any difference.

If you hold the battery up to the light, you can see the edges of the bitter coating on the negative side of the battery. For the sake of science, I licked both sides of the battery to confirm that—the negative side did indeed taste terrible and gave me a tiny shock. I attempted an aggressive attack on the bitterant with alcohol, fingernails, and a pocket knife but had no luck removing it. If I were desperate, I’d work it over with fine sandpaper. But as long as the supply chain holds up, it’s more trouble than it’s worth. 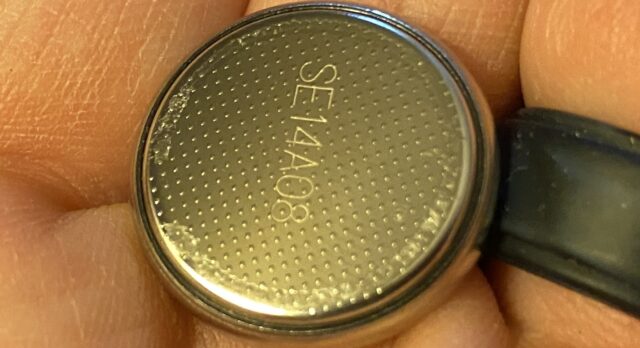 Your best option is to make sure to buy batteries without the coating. Specifically, avoid Duracell batteries since the company now coats all its button batteries. The coating is denoted on Duracell’s packaging by a cartoon drawing of a disgusted child. 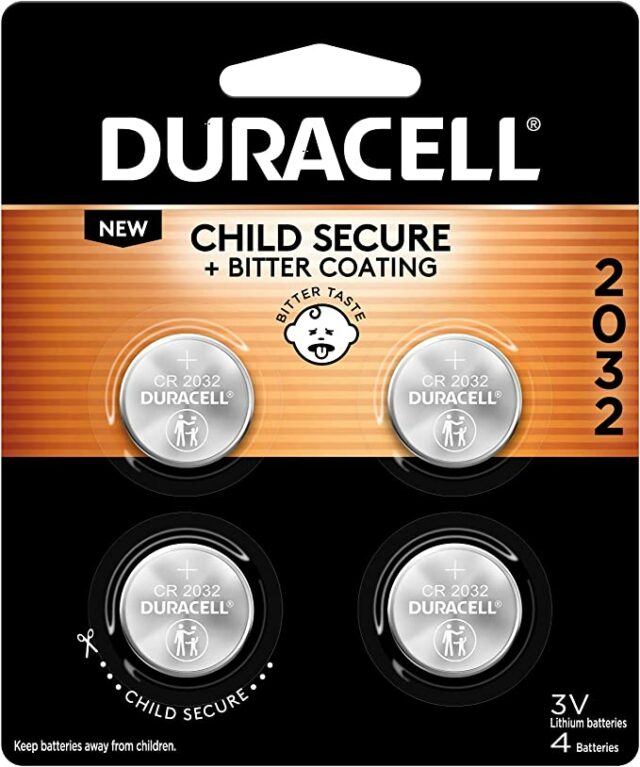 What about other battery manufacturers? Although numerous articles waffle the issue by talking about batteries from “many companies,” I could find no indication of companies other than Duracell coating their batteries with bitterant. Neither Energizer’s product safety page nor a Panasonic article on battery safety mention bitterants, and Adam’s packages of Sony and Toshiba batteries lack any indication of bitterant coatings. That may be because Duracell has a 2020 patent on the process, one that, in what might be a bit of corporate one-upmanship, cites another now-expired 1991 UK patent owned by Ever Ready, Ltd. (currently part of Energizer Holdings).

Whatever batteries you buy to revitalize your AirTags, look closely at the packaging to ensure that they don’t have the coating, and after installing, make sure they’re working in the Find My app.