The most notable fix is for a too-frequent prompt for permission when copying from one app and pasting into another. The prompt is part of Apple’s new pasteboard permission feature, which is intended to prevent unscrupulous developers from spying on your clipboard data. However, Apple said the prompt shouldn’t appear every time a user attempts to paste, and iOS 16.0.2 prevents that for those experiencing it.

Also problematic was a now-fixed bug on the iPhone 14 Pro models that caused camera vibration while using third-party apps.

Finally, in a minor but extremely welcome change for users who lack eagle eyes, the text of iOS 16 release notes is no longer as insanely small as it was in iOS 14 and iOS 15. 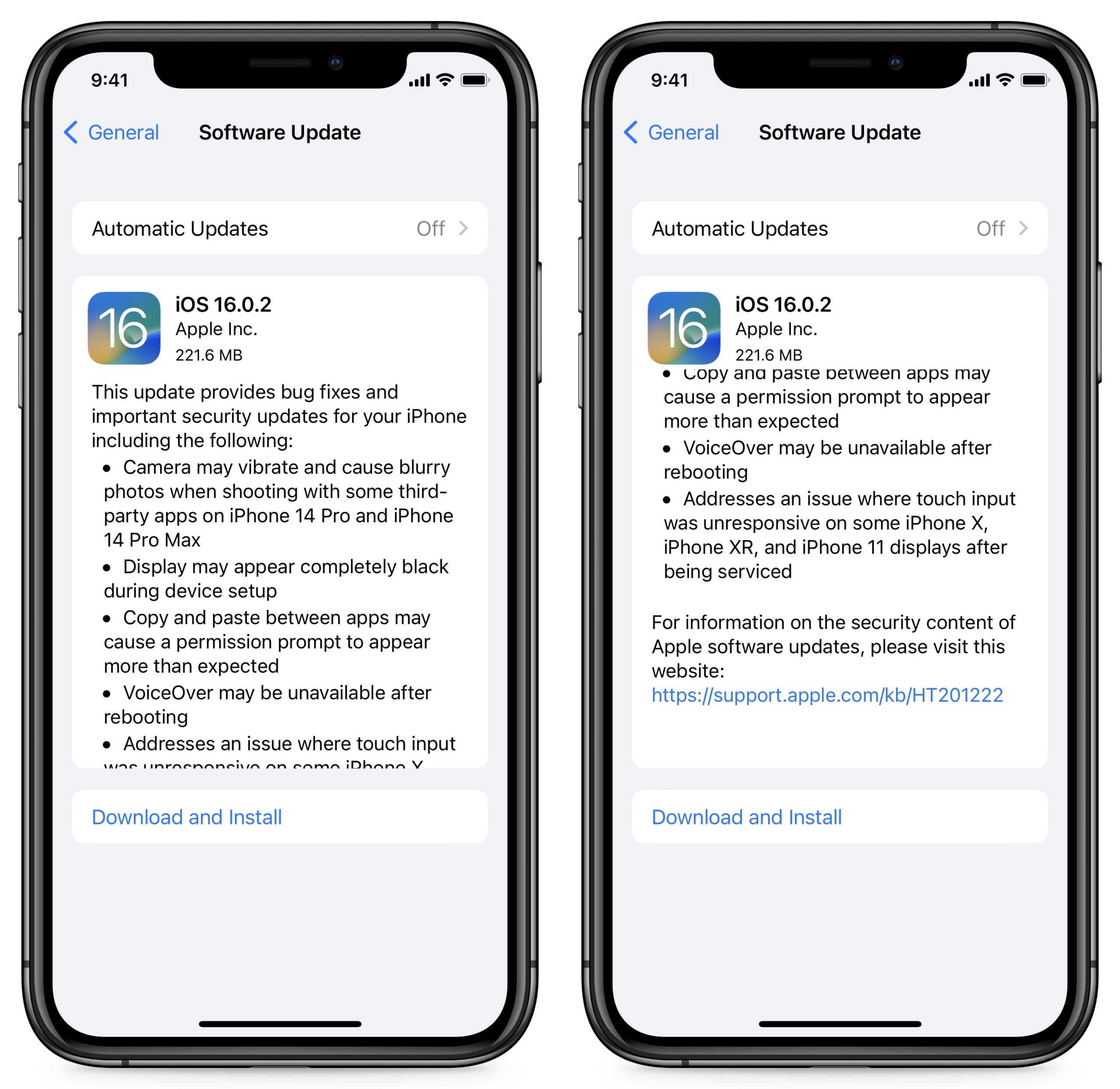 iOS 16.0.2 has no published CVE security entries. You can install it from Settings > General > Software Update.

The only reason to hold off is that Apple may be releasing another iOS update shortly to address a just-discovered bug—called Mailjack—that causes Mail to crash repeatedly if it receives a maliciously crafted email. VPN Tracker developer Equinux discovered the Mailjack bug and found that the workaround is to delete the offending message from another device or email app.