For years, we have celebrated the entry-level iPad as one of the best values in Apple’s lineup. For $329, and often on sale for less, you could buy an iPad sufficient for most things that most people want to do on an iPad: reading, Web browsing, watching videos, and scribbling with an Apple Pencil. The only downsides were the increasingly dated design with thick bezels and a now old-fashioned Home button.

Now, with the tenth-generation iPad, Apple has completely reimagined the iPad. The Home button is no more, and the overall design brings it into harmony with the iPad Air and iPad Pro.

But with all change comes good and bad. The new iPad’s design and specs are impressive upgrades from the previous model: 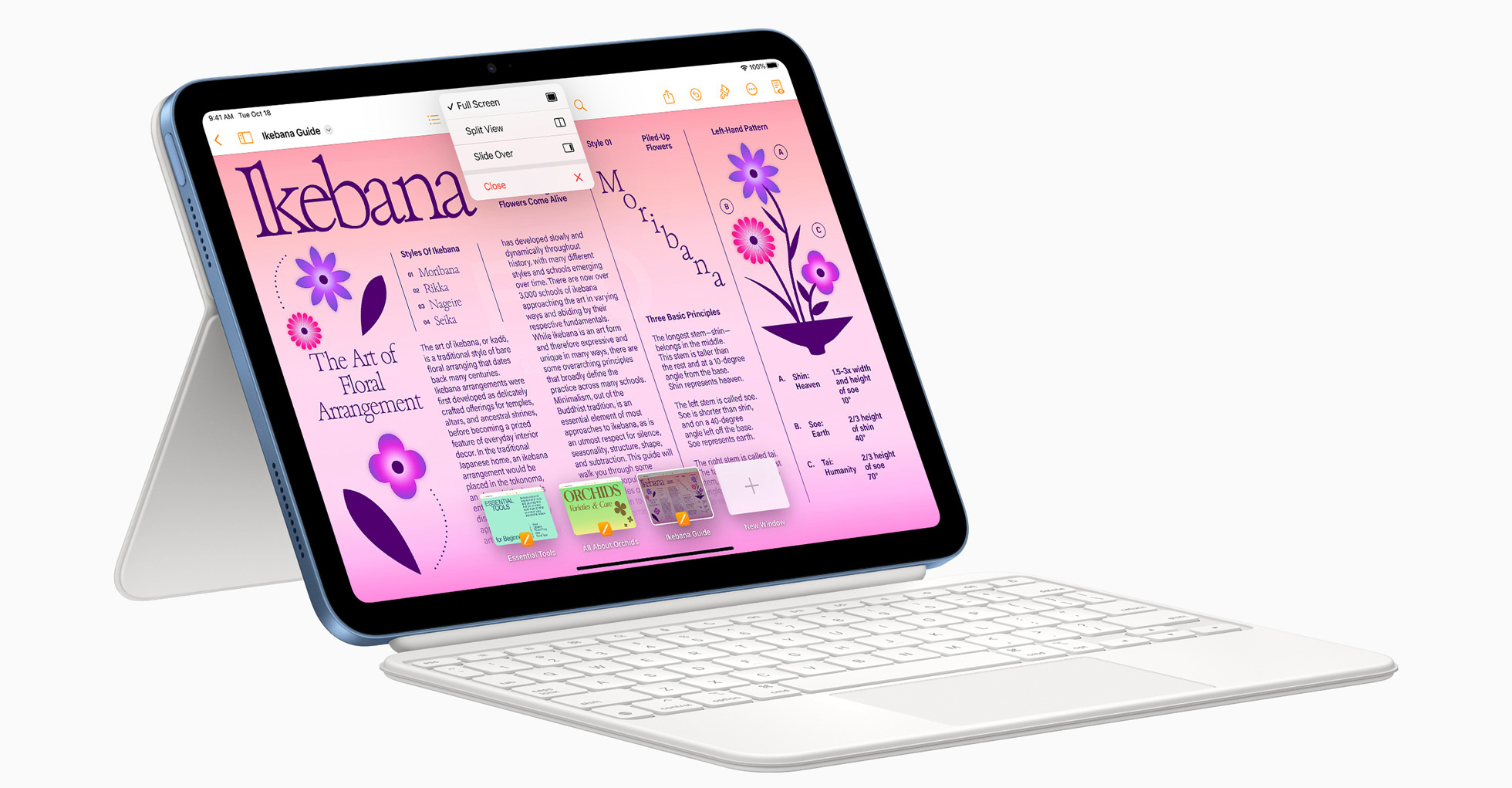 The new iPad has a fresh design and a higher price tag, but how does it compare in terms of specs? Here’s a quick rundown of the new iPad’s specs and how it compares to last year’s model:

Tack on $249 for the Magic Keyboard Folio and $9 if you want to connect a first-generation Apple Pencil. (The Apple Pencil remains $99 and now includes the USB-C adapter.)

Which iPad to Buy?

This new tenth-generation iPad offers many welcome improvements, but its $449 price makes the buying decision harder. If price is paramount, you can still buy the ninth-generation iPad for $329—Apple is keeping it around much as it does with older iPhones to provide a budget option. On the other end of the spectrum, you can spend an extra $150 and get the iPad Air with an M1 processor and Stage Manager support in iPadOS 16. It also makes the sixth-generation iPad mini more compelling, since it supports the second-generation Apple Pencil and now costs only $50 more.

The one technical advantage the tenth-generation iPad has over the rest of the lineup is its landscape front-facing camera, but that’s offset by an Apple Pencil connection that’s even more awkward than before. While this new iPad is an improvement in many ways, it’s less of a home run than its predecessors.

Comments About Apple Reimagines the Basic iPad for 2022