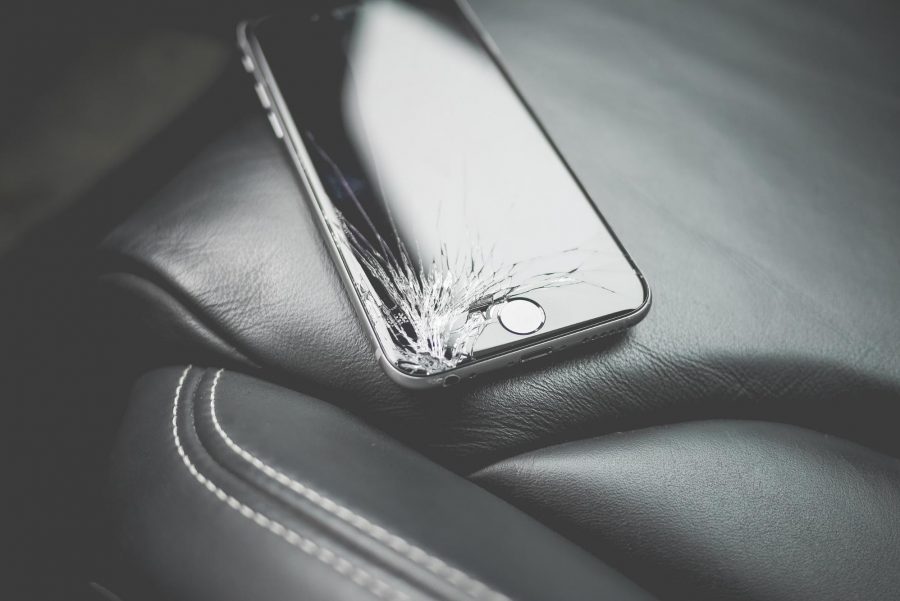 Apple has released iOS 11.3.1 to address problems with touch input caused by third-party screen repairs. You can install the update (49.5 MB on the iPhone X) from Settings > General > Software Update or via iTunes. 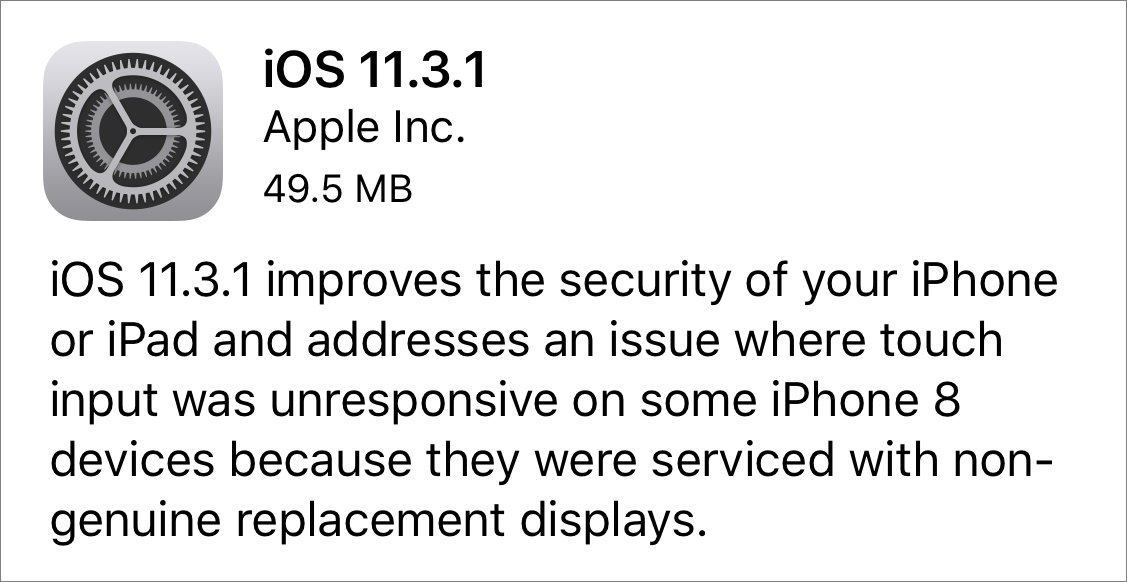 It turns out that the iOS 11.3 update caused problems for iPhone 8 units that had received third-party screen repairs (see “iOS 11.3 Adds Battery Health Screen and Much More,” 29 March 2018). Some people assumed that Apple had purposely rendered such iPhones unresponsive, but iFixit dismissed that conspiracy theory, comparing it to Error 53 from a couple of years ago, which also caused problems for iPhones with third-party screen repairs (see “What “Error 53” Means for the Future of Apple Repairs,” 15 February 2016).

Non-genuine replacement displays may have compromised visual quality and may fail to work correctly. Apple-certified screen repairs are performed by trusted experts who use genuine Apple parts.

As much as we approve of iFixIt’s Right to Repair stance and a competitive market for repair services, we recommend letting Apple-authorized professionals handle iPhone screen repairs when feasible. Third-party displays may not match up to Apple’s quality standards, but more to the point, Apple has made it significantly more difficult to repair screens over the years. While third-party services can be tempting due to lower costs and at-home service (which Apple doesn’t offer, see “Verizon Offering Same-Day Screen Repair in Some Cities,” 10 February 2017), they may not be worth the trouble in the long run.

As commenters have pointed out, however, Apple lacks sufficient infrastructure to repair iPhones as quickly as users need at times, causing people to look elsewhere for help. We’d like to see Apple work harder to authorize and incentivize independent service providers.

Those without an iPhone 8 should still install iOS 11.3.1 because it also includes four security fixes to protect against a vulnerability in the crash reporter, malicious text messages, and maliciously crafted Web content.