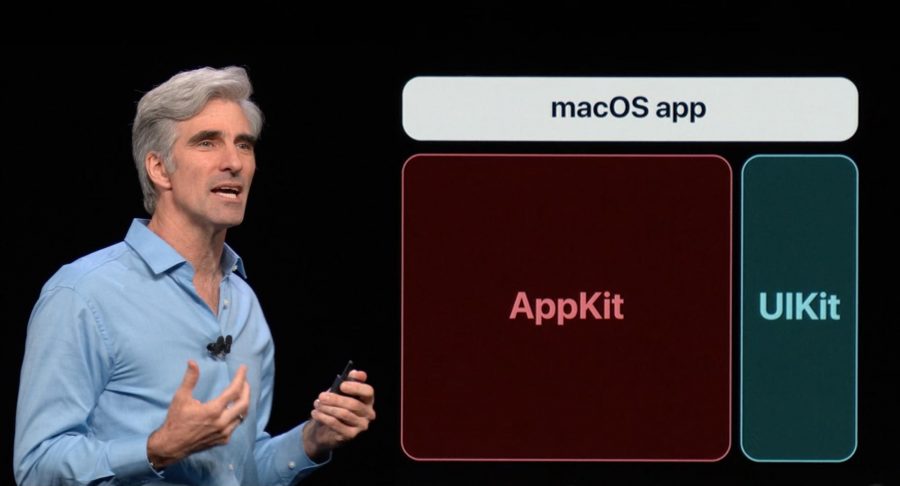 Apple’s Craig Federighi, senior vice president of Software Engineering, sat down with Lauren Goode of Wired to offer some details about how Apple is making it easy for iOS developers to port their apps to the Mac (see “The Big News about macOS 10.14 Mojave Is Dark,” 4 June 2018). Federighi said this effort has been in development for two years, and he emphasized that although the two platforms will share some apps, they will remain distinct operating systems. “It’s still macOS; you still have the Terminal; you can still attach four monitors to it; you can still hook up external drives,” he said.

We anticipate a flood of iOS apps for the Mac when this technology becomes available to third-party developers next year. Federighi emphasized how easy it will be to bring iOS apps to the Mac, saying:

“Certain interaction UIs will happen automatically, like turning a long press on iOS into a two-finger click on a Mac. App makers may have to do some extra coding, though, around things like menus and sidebars in apps, such as making a Mac app sidebar translucent or making share buttons a part of the toolbar.”

Federighi also said that not every iOS app will make sense on a Mac. There won’t be any point in porting fitness apps that track physical activity for instance, but productivity apps, apps that provide targeted bits of information like weather reports, and games might work well.

Despite iOS and macOS coming closer together, Federighi still isn’t a fan of touchscreens on the Mac. “We really feel that the ergonomics of using a Mac are that your hands are rested on a surface and that lifting your arm up to poke a screen is a pretty fatiguing thing to do,” he said. That may be true, but Apple doesn’t seem perturbed about the horrible ergonomics involved with people being hunched over while holding an iPad to play an augmented reality game.