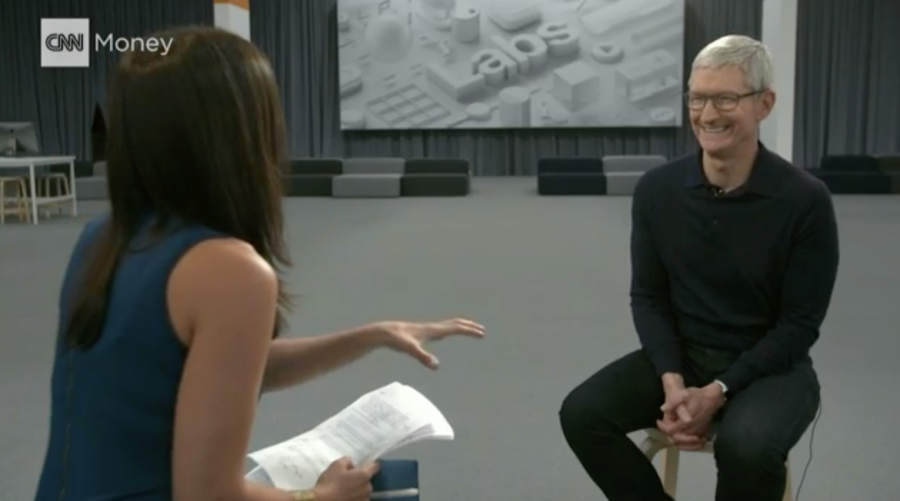 In an interview with CNN’s Laurie Segall, Apple CEO Tim Cook made a surprising confession: he uses his iPhone too much. He said he reached this conclusion after seeing the data gathered by iOS 12’s new Screen Time feature (see “iOS 12 to Focus on Performance and Refinement,” 4 June 2018):

“I’ve been using it and I have to tell you: I thought I was fairly disciplined about this. And I was wrong. When I began to get the data, I found I was spending a lot more time than I should. And the number of times I picked up the phone were too many.”

Cook stopped short of calling the iPhone addictive, though. “The device is not addictive in and of itself. It’s what you do on it. Whether the word is ‘addiction’ or not, I don’t know,” Cook said. His reticence to acknowledge that smartphones are addictive is appropriate, given Apple’s role to this point in supporting such behaviors—there’s no telling what future lawsuits could hinge on a slip of the CEO tongue. (The American Psychiatric Association’s Diagnostic and Statistical Manual of Mental Disorders, Fifth Edition separates behavioral addictions from substance addictions, but it doesn’t classify smartphone use as such right now. Psychiatry Advisor has a useful article defining the criteria for identification of smartphone addiction.)

Regardless, it’s good to see Apple building Screen Time into iOS 12, and Google announced a similar feature, Android Dashboard, at the recent Google I/O developer conference. If you’re looking for help in this area right now, check out Moment.

Comments About Tim Cook Uses His iPhone Too Much