A few hours after releasing the other updates, Apple pulled the curtains back on macOS 10.13.6, which finally brings full AirPlay 2 support to the Mac in conjunction with iTunes 12.8, joining iOS and tvOS (see “iOS 11.4, tvOS 11.4, HomePod 11.4, and watchOS 4.3.1 Finally Debut AirPlay 2 and Messages in iCloud,” 29 May 2018). We don’t have details yet (the update isn’t even showing for all of us), but Apple says that you’ll be able to use your Mac to control your AirPlay 2 speakers and play the same music on multiple AirPlay 2 speakers simultaneously.

macOS 10.13.6 also fixes a problem Photos had in recognizing AVCHD media from some cameras and a bug that could prevent Mail users from moving a message from Gmail to another account.

As always, the update includes a variety of security fixes throughout the operating system, addressing 11 separate vulnerabilities.

The iOS 11.4.1 update fixes an issue that prevented some users from viewing their AirPods’ location in Find My iPhone and improves the reliability of syncing mail, contacts, and notes with Exchange accounts. It weighs in at 190.6 MB on the 10.5-inch iPad Pro and 225.2 MB on the iPhone X, and you can obtain it in Settings > General > Software Update or install it through iTunes. 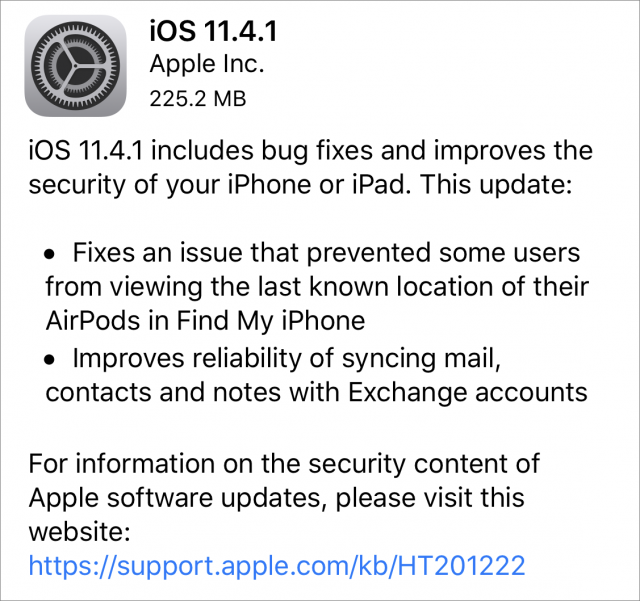 iOS 11.4.1 also apparently includes the new USB Restricted Mode, which makes iOS devices harder to crack. Apple has been hinting at this functionality in betas for a while, most recently in the betas of iOS 11.4 (see “iOS 11.4 to Make iPhones Harder to Crack,” 10 May 2018), though it did not arrive with iOS 11.4.

The tvOS 11.4.1 update merely offers “general performance and stability improvements.” If automatic updates aren’t on, you can update your fourth-generation Apple TV or Apple TV 4K by going to Settings > System > Software Updates. 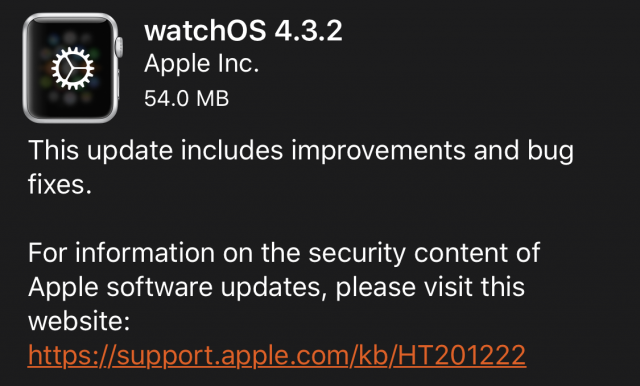 As always, we recommend waiting a few days to install these updates unless you want to get started with AirPlay 2 on your mac, expect to need Find My iPhone to locate your AirPods, or are having trouble with Exchange syncing on your iPhone or iPad.