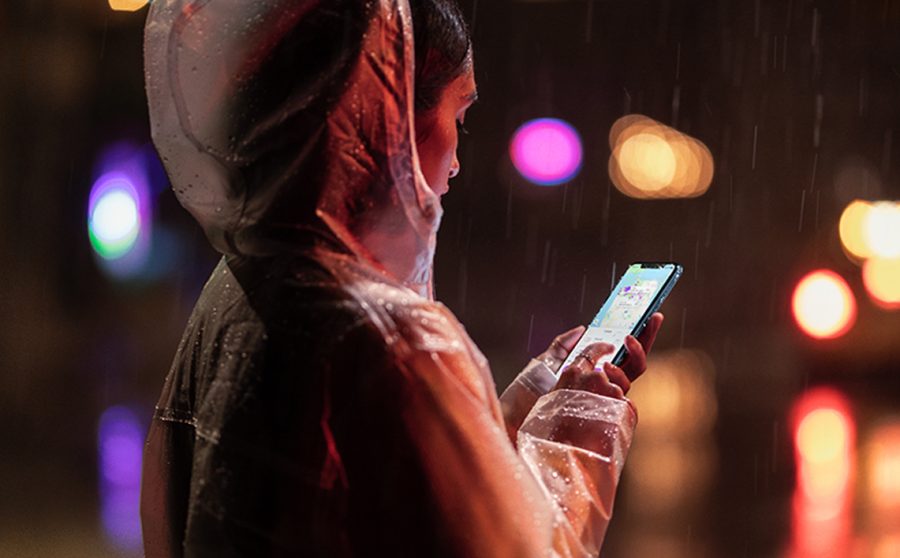 It’s official, the three new iPhones are the (relatively) inexpensive iPhone XR, the mid-level iPhone XS, and the big-screen iPhone XS Max. All three feature numerous bits of enhanced technology—Apple’s presenters kept saying that whatever subsystem they were talking about was the best/fastest/largest ever to ship in an iPhone. That’s reflected in the prices, which are also the Apple has ever charged for an iPhone.

(Despite those prices, Apple no longer includes a Lightning to 3.5mm Headphone Jack adapter, though they cost only $9.)

The names, which leaked ahead of the announcement, have been widely mocked. Apple does indeed say “iPhone Ten Ess,” not “iPhone Excess.” Don’t say it too fast, or you’ll be playing “iPhone Tennis.” And “Max” instead of “Plus”? It’s going to be all too easy to write “iPhone XS Mac” accidentally. Also, as alliteratively awkward as it is, the S at least makes sense for an alternate year model, which Apple has done since the iPhone 3GS, when Phil Schiller said it stood for “Speed.” Who knows where the R in iPhone XR comes from or stands for? Both the S and R are technically small caps, and Apple seems to have switched back to full capital letters when it can’t write the names using small caps. The company jumped from iPhone 4S to iPhone 5s and iPhone 6s before coming back around to iPhone XS and iPhone XR. At least the change will make possessives and plurals easier (see “Ruminating about Apple’s Lowercase Letters,” 11 September 2013).

Nomenclature aside, all three follow in the footsteps of last year’s iPhone X, dropping the Home button and Touch ID in favor of Face ID and the ubiquitous notch. If you really want Touch ID, or just want to save some money, Apple is keeping the iPhone 7 (starting at $449) and iPhone 8 (starting at $599) in the lineup. Gone, but certainly not forgotten, is the small-screen iPhone SE. It will be much missed by those with smaller hands and smaller or nonexistent pockets. 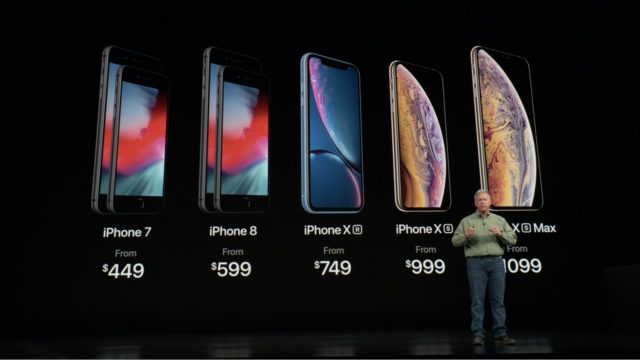 What the new iPhones all have in common

Apple made much of the fact that all three phones are powered by the company’s new A12 Bionic chip, which boasts up to 15% faster performance, 50% less power consumption, and 50% faster graphics performance than last year’s A11 Bionic. It also features a next-generation Neural Engine that can run machine learning operations up to nine times faster than the A11 Bionic. Apart from generally improved performance, the A12 Bionic enables new computational photography capabilities, such as depth of field editing after the fact and Smart HDR photos that combine even more images into a single perfectly exposed shot. 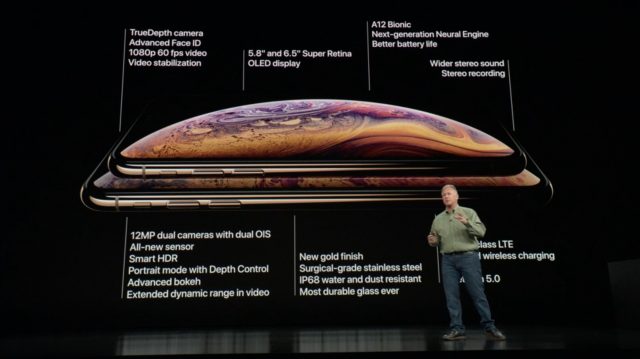 All three iPhones capture up to 4K video at 60 frames per second with the rear-facing camera or 1080p at 60 fps with the front-facing camera. In an improvement over previous models, all three can capture stereo sound while recording video. Although we’ll have to wait until photographers and videographers get their hands on these iPhones, it seems safe to say that, as Apple would like to emphasize, they’ll take the best photos and videos of any iPhone yet.

Another new feature common to all three models is support for dual SIMs, which lets you use two phone numbers at once, each with its own plan. Those who currently have to carry work and personal phones will appreciate this, as will those who travel frequently and need different plans when abroad. iPhone XS Max models sold in China will have two physical SIM slots, whereas models elsewhere in the world will have only one nano-SIM slot and for the second SIM will use Apple’s eSIM technology, currently used in the cellular-capable iPad and Apple Watch.

Ways in which the new iPhones differ from one another

That’s pretty much where the similarities end. As you’d expect from the prices, there are quite a few differences as well—check out Apple’s comparison page for full details.

The most obvious differences are with the screens. Although all three are True Tone displays and feature a P3 wide color gamut, the sizes and resolutions vary widely:

The screen sizes drive the overall physical dimensions of each iPhone as well. You might think the iPhone XR would be the smallest, but in fact, it’s slightly taller and wider than the iPhone XS. The iPhone XS Max is the largest, of course, but it’s actually about a millimeter smaller than the old iPhone 8 Plus in height and width.

The iPhone XS models both have a water resistance rating of IP68, which means that they should be able to withstand being immersed to a depth of 2 meters for up to 30 minutes. The XR is rated at IP67, so it can only go down to 1 meter for 30 minutes. We still don’t recommend testing Apple’s claims.

Another big difference between the iPhone XS models and the iPhone XR comes in the case material. The iPhone XS models have glass backs and are edged in stainless steel that comes in last year’s silver and space gray, with gold joining the color choices this year. In contrast, the iPhone XR features aluminum casings in red, yellow, white, coral, black, and blue. We’ll be interested to see how the feel changes between the two lines—we’ve been uncomfortable with leaving the iPhone X out of a case, which eliminates much of the value of Apple’s vaunted design. 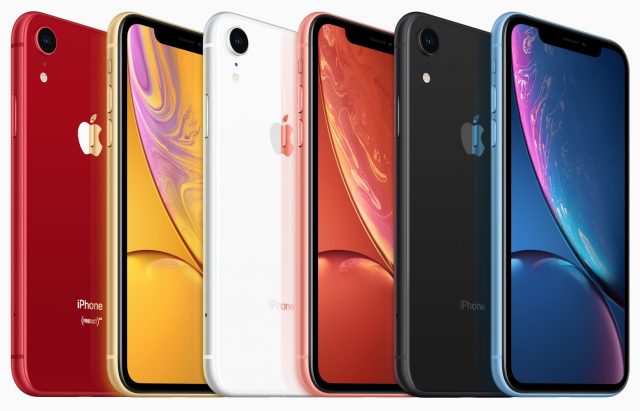 One final technology that Apple cut to lower the price of the iPhone XR is 3D Touch. Instead, the iPhone XR features a replacement called Haptic Touch, which reportedly offers similar haptic feedback minus the press and pop interface elements. We’ll have to see if this makes a difference or not—since 3D Touch hasn’t become ubiquitous across all iOS devices, iOS itself hasn’t been able to rely on it for common user interface interactions.

Should you buy one of these new iPhones?

That’s the $64,000 question, though happily, iPhones don’t cost quite that much yet. Needless to say, the iPhone XS and XS Max are indeed the most impressive iPhones that Apple has ever developed. We would expect nothing less—Apple will never come out with an iPhone that’s notably less capable than previous models just to cut costs. And the iPhone XR seems like a solid attempt to provide most of today’s technology in a lower-cost package—it’s cheaper than last year’s iPhone 8 Plus was at launch.

Don’t be surprised—we predicted this in “Apple’s Q3 2018 Results Break Records Again” (31 July 2018), saying, “You’ll likely end up paying more for Apple products, since the success of the iPhone X has allowed Apple to continue breaking records while unit sales stagnate,” and “Don’t look for significant Apple investment in less expensive products like the iPhone SE and Mac mini.”

Is all the new technology in these iPhones worth the price? Only you can answer that, but as exciting as it is, we think an upgrade decision falls more into the “want, not need” category if you have a perfectly functional iPhone from the last few years. Apple even said during the keynote that it was trying hard to help customers use their iPhones for as long as possible, which is one reason for the focus in iOS 12 on performance for older devices as far back as the iPhone 5s.

Regardless, we’re seeing these iPhones today because of the massive popularity of the iPhone X design. Several of us here at TidBITS bought the iPhone X last year because it was such a technological leap, and we felt that we needed to use it to understand where Apple was going. In retrospect, we guessed right.

Comments About Apple Focuses on X Appeal with the iPhone XR, XS, and XS Max