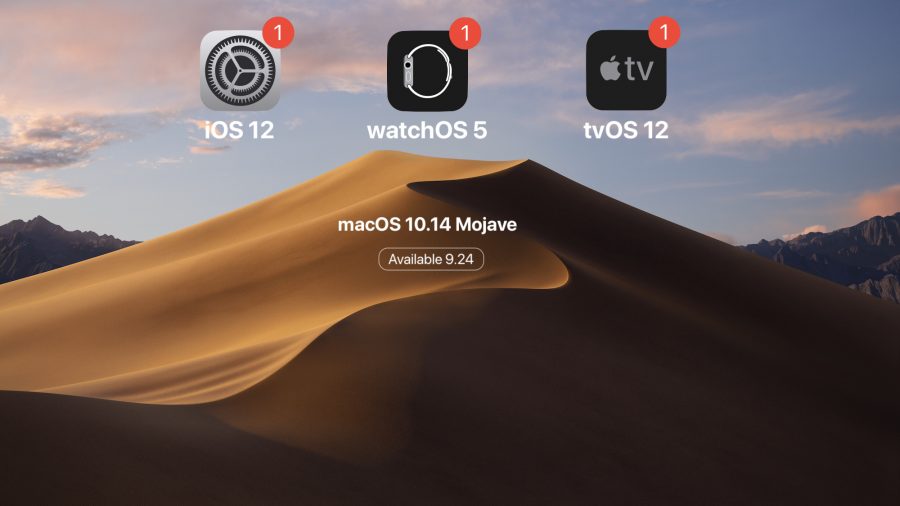 As promised at its special event last week, Apple today released iOS 12, watchOS 5, and tvOS 12. We’re assuming that the company will stick to its plan to push out macOS 10.14 Mojave next week on September 24th.

Should you drop everything and download the updates immediately? If you’re an unrepentant early adopter, like many of us here at TidBITS, the answer is, “Obviously!” More power to you! May your downloads be quick and your backups be recent.

However, if you generally fall on the cautious side, or if you can’t risk your devices not working perfectly, here’s our advice on when you should think about installing these new versions.

Several of us here at TidBITS have been using iOS 12 betas all summer, and it has been a largely positive experience. We’ve heard from readers with older devices that its performance improvements have given a new lease on life to the iPhone 5s, iPad Air, and the like. One TidBITS Talk reader said it solved his iOS 11 battery problems. Josh Centers devoted his summer to Take Control of iOS 12, so you can read that for the full rundown on what’s new and necessary.

That said, you’ve been waiting this long, so what’s another week or two? We recommend holding off on installing iOS 12 for a bit, just to make sure no pressing problems crop up. If any widespread issues affect the iOS community, we’ll be sure to pass on the details.

If you’re change-averse, there’s no harm—apart from reduced performance and not taking advantage of new and enhanced features like Screen Time and Do Not Disturb—in waiting a few more weeks, or even a month or two. During that time, Apple will likely release a few bug fix updates like iOS 12.0.1 and 12.0.2. A few months later, the company usually issues a feature update that will probably be version iOS 12.1. But do install iOS 12 before too long, since otherwise you’ll be at risk for newly discovered security vulnerabilities that Apple doesn’t fix for older iOS versions.

When you are ready to upgrade, first read “Get Ready for iOS 12 by Backing Up, Cleaning Up, and Updating Apps” (10 September 2018). iOS 12 varies in size by device: we’ve seen it range from 1.35 GB on a 10.5-inch iPad Pro to 2.26 GB on an iPhone 5s. Once you’ve backed up to iCloud and iTunes (read the referenced article for why we say “and”), install iOS 12 by going to Settings > General > Software Update and tapping Download and Install. You can also install it through iTunes, but we recommend the over-the-air update instead due to Apple’s waning interest in iTunes.

We had no early access to the HomePod update that Apple just released, but after some quick installation and testing, there doesn’t seem to be any reason to wait. It’s possible that the device from which you initiate the installation may need to be running iOS 12. We were interested to see that Apple is calling the update “iOS 12” and not “HomePod 12” or “homeOS 12.”

The new features aren’t huge, but they’re still extremely welcome, particularly the capability to make and receive phone calls directly (for more on that, see “HomePod First Impressions: Let the (Apple) Music Play,” 12 February 2018, and “Beyond Music: Comparing the HomePod to Amazon Echo and Google Home,” 15 March 2018). You can also search for songs in Apple Music by their lyrics (in the US, UK, Australia, and Canada), set multiple timers, and ping your other iOS devices to locate them.

To install iOS 12 on the HomePod, open the Home app on your iPhone or iPad, tap the Details link under “HomePod software update available” and on the next screen, tap Install. At 1.5 GB, it’s a big download, but it installed reasonably quickly. The tricky part with the new capabilities is that you have to train yourself to invoke them with Siri. 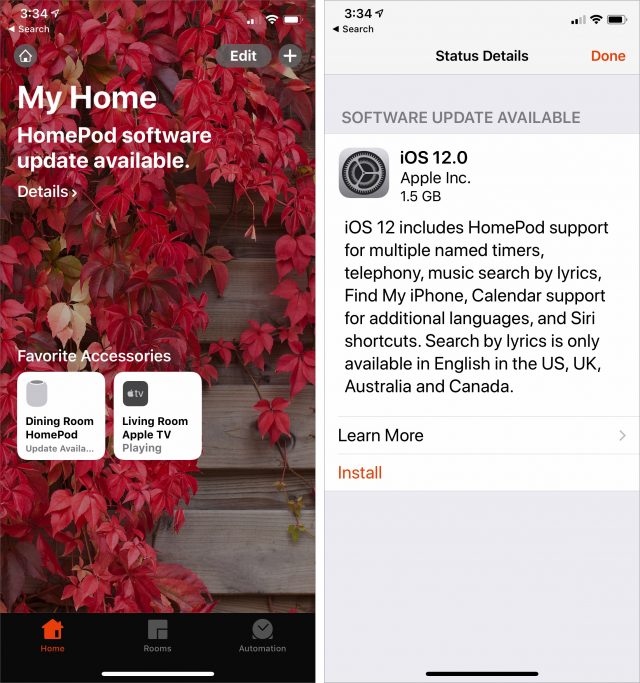 As with iOS 12, I’ve been running watchOS 5 on my Apple Watch Series 2 for a month or two, and I’ve experienced no problems. The new capabilities may not be game-changing unless you’re looking forward to Walkie-Talkie conversations with a friend or family member or if you regularly forget to start the Workout app before going for a run—the auto-start capability is welcome. 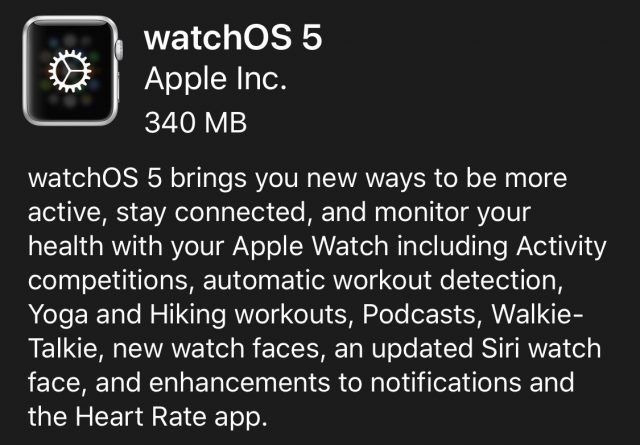 To install watchOS 5, open the Watch app on your iPhone, go to My Watch > General > Software Update, and tap Download and Install. It’s a 340 MB update on my Apple Watch Series 2. Remember that the Apple Watch must be on its charger, charged to at least 50 percent, and within range of your iPhone, which itself must be on Wi-Fi. The update may take longer than you think it should—we recommend updating while you sleep. In fact, your Apple Watch may even suggest an overnight installation.

Although we didn’t test betas of tvOS 12, readers have said that it has worked well. The promised changes are minimal: Dolby Atmos support for the Apple TV 4K, the new Earth screensaver, tapping the touchpad to identify an Aerial screensaver location, password autofill, an automatically added Apple TV Remote button in an iOS 12 device’s Control Center, and improvements for some TV providers (zero sign-on and cloud DVR support).

Unless you live and die by your Apple TV, we see no reason to delay the upgrade. For most people, tvOS is probably set to update itself automatically, and that’s fine. Let it install tvOS 12 whenever it wants, or force it to update right away in  Settings > System > Software Updates.

The release version of Mojave should become available for download on 24 September 2018. It poses a significantly trickier upgrade question. Even if you were testing the betas of Mojave, you probably weren’t doing so on your main Mac. Your experiences during the beta period should have given you a sense of whether you can install on Macs that you rely on to get your work done—you should know by now if your essential apps are compatible or not.

I’ve been running Mojave betas all summer on my MacBook Air, and honestly, I will not be installing the final release of Mojave on my 27-inch iMac right away. I’ve seen too many quirks and problems, a number related to the new privacy protections (see “Mojave’s New Security and Privacy Protections Face Usability Challenges,” 10 September 2018). Some of my Keyboard Maestro macros have stopped working, and I haven’t yet been able to figure out why. I’ve also been annoyed by the constant nagging of utility apps asking to control other apps or access privacy-protected data.

Therefore, I recommend that you wait to install Mojave on your main Mac until two things are true:

If you have a secondary Mac that’s not crucial to your workflow, go ahead and install Mojave there—Joe Kissell’s Take Control of Upgrading to Mojave is, as always, the canonical reference.

There you have it! We’ll be publishing coverage of the new features in all these upgrades in the coming weeks and months, so stay tuned.

When do you plan to upgrade? Let us know in our quick five-question survey.