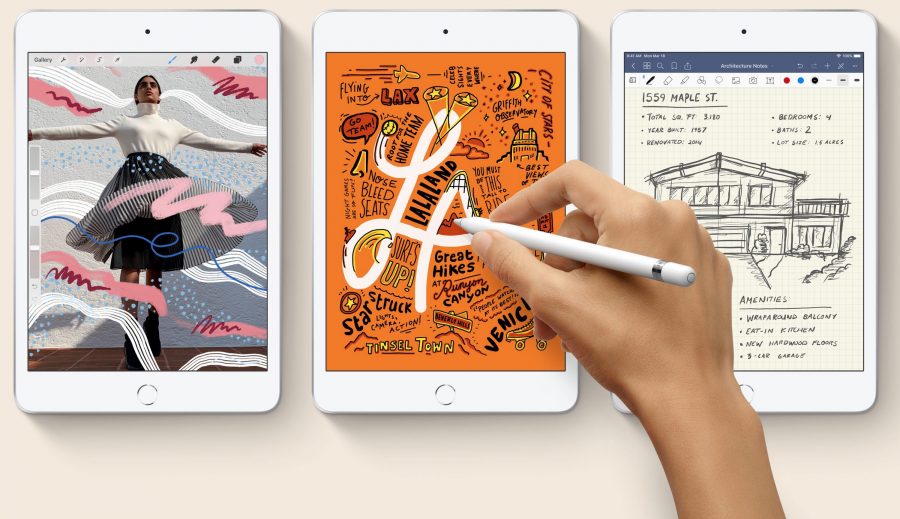 Apple just made my mother’s day, with the release of an updated iPad mini with modern specs. Her iPad mini 2 could no longer run all the apps she wanted, but it made no sense to buy an iPad mini 4, which hadn’t been updated since September 2015. Apple has also introduced a new 10.5-inch iPad Air, which is eerily similar to the now-discontinued 10.5-inch iPad Pro, albeit with a less-capable camera and $150 off the price.

The company made these announcements via a press release, not seeing them as newsworthy enough to warrant a special event and not wanting them to distract from the upcoming special event that’s likely to focus on Apple’s much-rumored video subscription service (see “Four Ways Apple Could Improve Apple Music,” 11 March 2019). Realistically, minimizing these announcements was the right call—the new iPad mini is hugely welcome but merely playing catch up, and the new iPad Air mostly tweaks the 10.5-inch iPad Pro’s specs to better fill out the iPad lineup.

The only minor negative? By reusing the plain iPad mini and iPad Air names, much as it did with last year’s sixth-generation iPad, Apple has made it all the harder to keep track of which iPad model you might have or be talking about. And don’t get us started about the Apple Pencil. But hey, nothing new here—Apple’s product naming seldom makes much sense. These are officially the fifth-generation iPad mini and third-generation iPad Air.

After sitting on the iPad mini 4 for over three years, Apple did what many iPad mini fans have been wanting for ages—it brought the diminutive iPad up to snuff with modern-day specs while retaining the same form factor and industrial design, including the Home button with Touch ID. Apple also added Apple Pencil support, extending it across the entire iPad lineup. 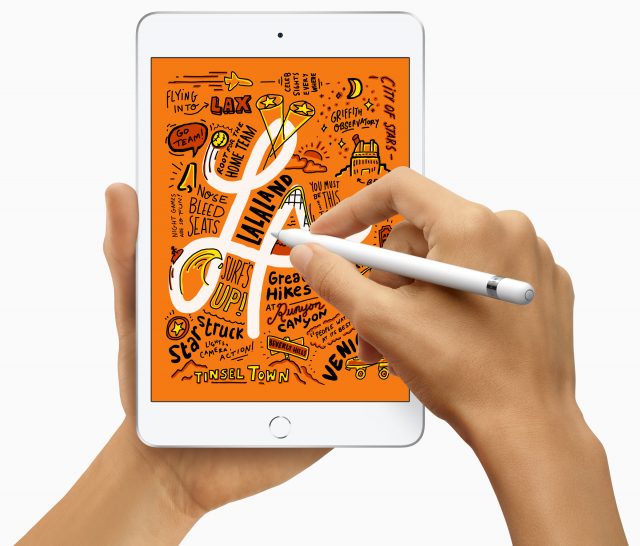 Apple also says that the iPad mini’s 7.9-inch Retina display, while retaining the previous model’s 2048 by 1536 resolution, is 25% brighter. It is also now a wide-color display (P3) and supports Apple’s True Tone technology, which lets the display adjust its color temperature based on the light in the current surroundings.

The cellular model of the iPad mini now supports gigabit-class LTE connections with additional LTE bands. One slight confusion: the spec page lists both “Nano-SIM (supporting Apple SIM)” and “eSIM,” but Apple has another chart that suggests that the iPad mini supports only eSIM—we’re trying to get clarification from Apple. The new iPad mini also now supports Bluetooth 5.0, up from Bluetooth 4.2 in the iPad mini 4.

The third-generation iPad Air is a funny beast. If you compare it to the previous iPad Air line, it’s significantly more capable, both in screen size and performance. However, it’s better thought of as a 10.5-inch iPad Pro that Apple has modernized slightly and reduced the price of by using a less-capable camera and speaker system. The form factor and industrial design remain identical to the 10.5-inch iPad Pro with its Home button and Touch ID, even down to the Smart Connector that accepts the original $159 Smart Keyboard. The iPad Air also retains support for the first-generation Apple Pencil. 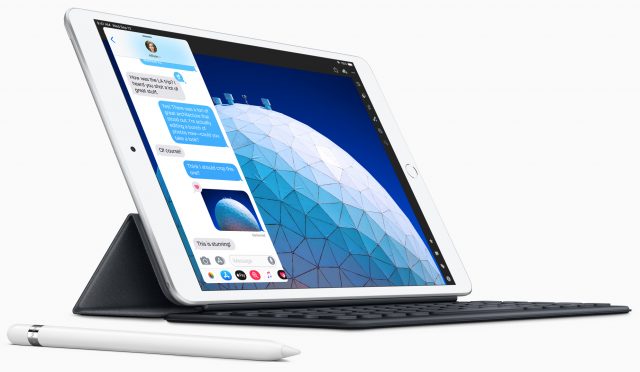 Like the new iPad mini, the new iPad Air features an A12 Bionic chip, gigabit-class LTE, an eSIM, and Bluetooth 5.0.

However, Apple significantly downgraded the camera capabilities in the new iPad Air, swapping the iPad Pro’s rear-facing 12-megapixel (ƒ/1.8 aperture) camera with a six-element lens for an 8-megapixel (ƒ/2.4 aperture) model with a five-element lens. Apple also dropped the top-quality video capture to 1080p (down from 4K), shrunk panoramas from a max of 63 megapixels to 43 megapixels, and removed the iPad Pro’s optical image stabilization, True Tone flash, Focus Pixels, and more. For the most part, the front-facing FaceTime HD camera looks similar, although Apple no longer advertises it as having body and face detection or auto image stabilization. In addition, the new iPad Air has only stereo speakers, whereas the 10.5-inch iPad Pro had four speakers.

Far more so than with any other product in its stable, Apple has at long last created a sensible iPad lineup that lets users choose the model that provides the desired price, size, and capabilities.

Although the prices don’t scale directly with screen size, that actually makes sense, since the sixth-generation iPad has an older chip (the A10 Fusion), offers only 32 GB and 128 GB storage options, and has a less-polished display (it’s not fully laminated, lacks an anti-reflective coating, isn’t a wide-color display, and lacks True Tone). Plus, Apple is charging a small premium for the svelte size of the iPad mini—bigger isn’t always better.

So, not to distract from these iPad announcements, but if Apple is going to acknowledge that the iPad mini form factor is, as the press release says “a beloved design,” wouldn’t it make sense to do the same thing in the iPhone lineup, where users are clamoring for a smaller model? We had dinner with a friend last weekend who is still using an iPhone 4S, and its combination of squared-off sides and small size made it remarkably pleasant to hold and pocket. Just saying—there’s still room for an iPhone mini, even if Apple doesn’t go as far as an iPhone nano (see “Palm’s Tiny Phone Sucks, but How About an iPhone nano?,” 4 March 2019).