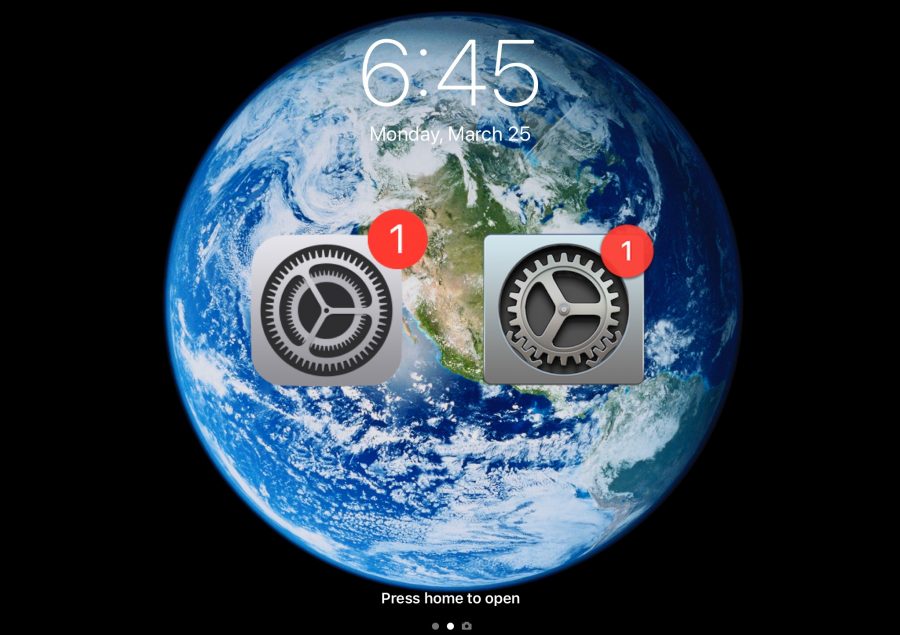 Apple said next to nothing about technology topics during its special event but did mention that a new version of iOS would be coming out to support the Apple News+ subscription service. That happened shortly after the presentation, with the release of iOS 12.2, whose marquee feature is indeed Apple News+, which you access in the updated News app. For details, see “Apple News+ Debuts With Magazines, Newspapers, and Web Sites” (25 March 2019). 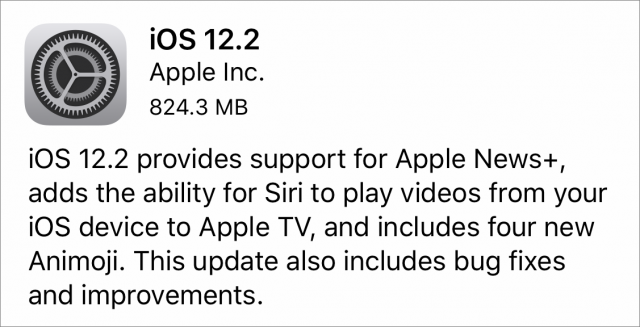 Late in the day, Apple also released macOS 10.14.4 Mojave, which provides Apple News+ and many of the same enhancements as iOS 12.2, along with some of its own changes. It’s a 2.5 GB download. 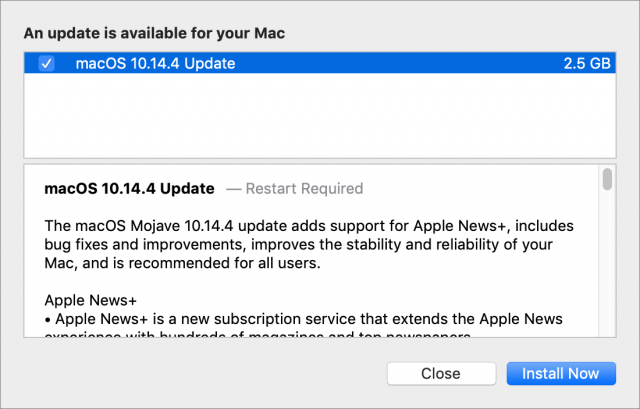 Here’s a rundown on the major changes in both operating systems.

With iOS 12.2 (and the just-released tvOS 12.2), Apple has given Siri more control over your Apple TV, enabling you to ask Siri on an iOS device to play a video, show, sports game, or channel on your Apple TV. 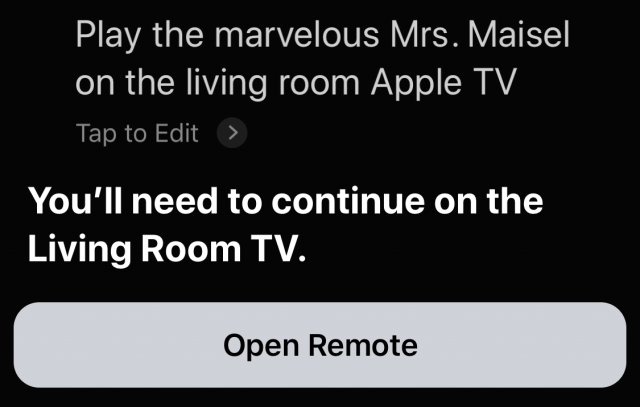 If you’re watching something on an iOS device and want to switch to the big screen, you can ask Siri to “play this on the bedroom Apple TV.” Perhaps more interestingly, you can also use Siri—even with “Hey Siri”—to control what’s playing. Apple gives examples like:

Of course, you can still use the Siri button on the Apple TV Remote to invoke Siri on the Apple TV directly, but having access to “Hey Siri” may be more convenient than fumbling for the slim black remote in a darkened room.

These features are available only in Australia, Canada, the United Kingdom, and the United States, and only in English.

If you’re a fan of Screen Time’s Downtime feature, you’ll be pleased to learn that iOS 12.2 now lets you customize your downtime with a different schedule for every day of the week, which was a notable lapse in the initial release.

iOS 12.2 also adds an On/Off toggle to App Limits so you can easily turn them off and back on temporarily all at once.

The most obvious change you’ll see in Safari in iOS 12.2 is that when you type in the Smart Search Field, you can accept a suggestion and modify it by tapping the arrow icon next to the suggestion. That’s welcome because it can save you from typing additional words on the awkward iOS keyboard. 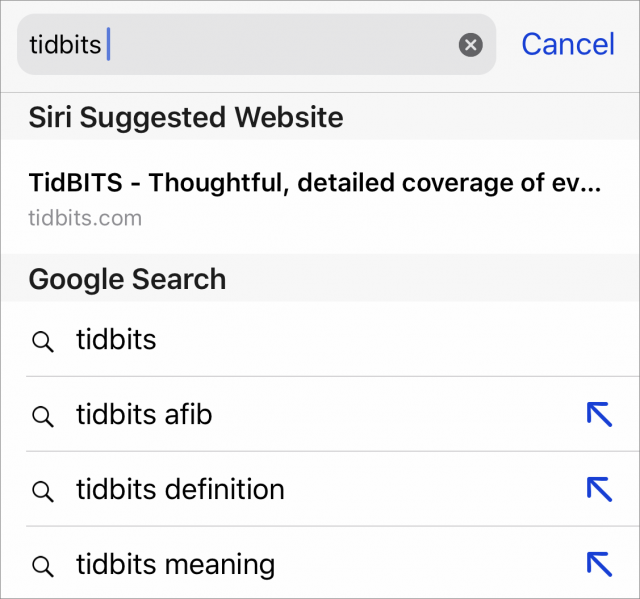 On the Mac side, Safari adds Dark mode support for Web sites that support custom color schemes, allows push notification prompts only after interacting with a site, and adds a warning when you load an unencrypted or partially encrypted Web page.

Finally, both operating systems remove support for the Do Not Track standard (see “The Tragic Death of “Do Not Track”,” 19 March 2019). Safari’s Intelligent Tracking Prevention technology now protects against cross-site tracking by default. It sets new permission requirements for cookies and new limits on long-term tracking—it’s all good for users, and Digiday has an explanation of what it means for advertisers. 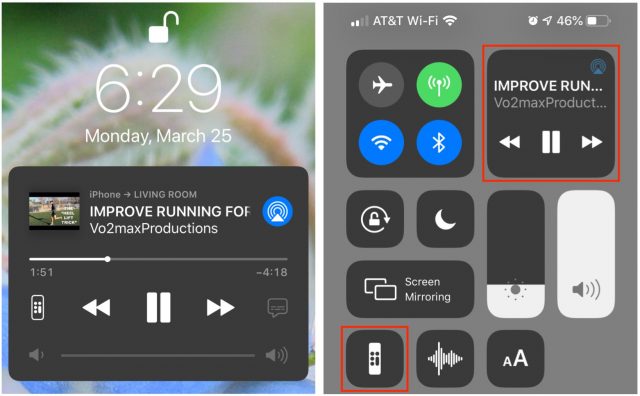 iOS 12.2’s release notes also say that “AirPlay multitasking for video allows you to browse other apps, as well as play other short-form audio and video files locally on your device without interrupting AirPlay.” It turns out that this applies only when you use AirPlay specifically from within a video app like YouTube, not when you enable Screen Mirroring in Control Center. Once you’ve started AirPlaying a video to the Apple TV in this way, you can use your iOS device normally without stopping the stream.

Finally, Apple says that iOS 12.2 now groups AirPlay destinations by content type so it’s easier to find the device you want to play to. Perhaps some people have a lot more AirPlay devices than I do; with only an Apple TV and two HomePods, I haven’t had any trouble.

iOS 12.2 has a couple of changes it doesn’t share with the Mac:

You can update to iOS 12.2 in Settings > General > Software Update or through iTunes. The update is 834 MB for an iPhone X and 693 MB for an iPad Air 2; other devices should be in the same ballpark.

To update to macOS 10.14.4 from a previous version of Mojave, go to System Preferences > Software Update. The update is 2.5 GB.

As always, we recommend waiting to install both of these updates for at least a few days unless you’re dying to try Apple News+ or have been waiting for another of the enhancements.