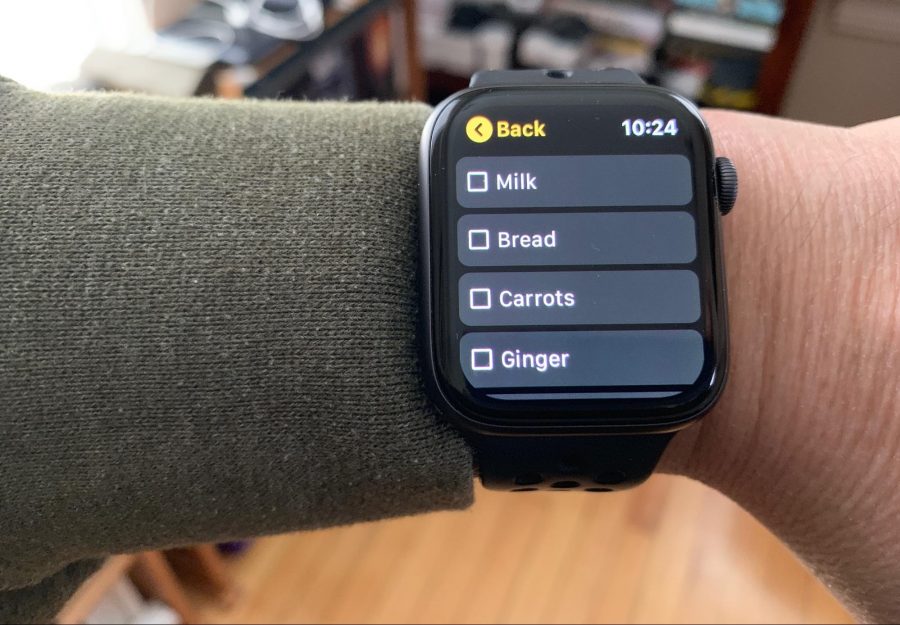 Apple’s Notes app for iOS has improved in recent years (see “Five Major New Capabilities in Notes in iOS 11,” 5 October 2017), but it still suffers from a baffling omission: a lack of Apple Watch support.

An Apple Watch version of the Notes app would serve those who want at-a-glance access to shopping lists and the like without having to dig out an iPhone, or who want to dictate quick notes on their wrists to avoid losing track of fleeting ideas.

Apple Watch support is a common feature in note-keeping apps for iOS, which makes its absence from Notes all the more puzzling. Apps that include this capability include Awesome Note 2, Bear, Drafts, Evernote, Microsoft’s OneNote and Soho’s Notebook—more on them in a bit.

Now you can add another note-keeping app to the list: Google Keep.

This ends Google’s absence from the Apple Watch platform after the search giant dropped the watchOS version of its Maps app in May 2017. It’s a welcome development for iOS users like me who are heavily invested in the Google ecosystem and largely prefer Google apps for the iPhone over Apple equivalents.

Fire up Google Keep on your Apple Watch and you’ll see your 10 most recent notes. The small screen means you won’t want to tap into your extensive notes archive, but you do have other interesting options:

Google Keep for Apple Watch wouldn’t be complete without tools for composing notes. Force-press on the main screen (but not on a note) and a button called Text Note appears. Tap it and you get three composing options:

Some of the features of the iOS and Web versions of Google Keep, such as complex drawing, don’t make sense on the Apple Watch, with its small screen and minimal input options.

However, more irksome is the fact that the watchOS version of Google Keep trails the version Google makes available for smartwatches that use its Wear OS. Google Keep for Wear OS lets you compose lists as well as notes directly on the watch, set up reminders, and displays three times as many notes.

How Do Other Apps Compare?

As I noted earlier, Google Keep isn’t the only notes app to support the Apple Watch, and other apps are more sophisticated in some ways:

The addition of an Apple Watch version of Google Keep isn’t likely to compel anyone to switch away from their preferred notes app. But if you happen to be in the market for a notes app and you use an Apple Watch along with an iPhone, it’s worth a look, particularly if you prefer Google services over Apple’s equivalents

In particular, I don’t see many users of Apple’s Notes defecting to Google Keep because of this watchOS support, but it maybe it will put more pressure on Apple to make its Notes app work on the Apple Watch.