Early this year, online backup service Backblaze bumped the price of its monthly plan from $5 to $6, with annual and bi-annual plans rising commensurately (see “Backblaze Increases Pricing for Unlimited Backup,” 12 February 2019). We’ve always been curious about the reasoning that goes into such business decisions, and Backblaze shared some of that with the announcement of the price increase. (It had to do with the amount of data being backed up increasing faster than the cost of storage was falling.) 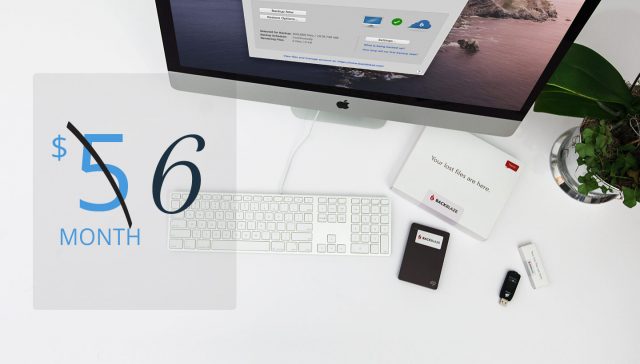 Backblaze’s Yev Pusin has now written a detailed blog post that explains more about those factors, along with the required software development and communications effort and how the price hike affected customer churn and signup rates. Backblaze was ready to announce the price hike on 22 August 2017… and then canceled because earlier the same day, its main competitor pulled out of the market (see “CrashPlan Discontinues Consumer Backups,” 22 August 2017). Can you imagine the panicked conversations at Backblaze that morning? The company decided to hold off raising prices for at least six months to avoid looking predatory.

In the end, it took a full year for Backblaze to absorb the huge numbers of customers fleeing CrashPlan and revisit the price increase. Remember, additional customers meant more revenue but also higher storage costs, increasing the pressure to raise prices eventually.

The $1 per month price hike finally happened in February 2019. Backblaze is now sharing the fact that the churn rate—the number of customers who leave—increased only from 5.38% to 5.75%, an increase of 7%. Plus, Backblaze calculated the two-year growth rate in new customers at 42%. Fascinating stuff, and if you’re as interested as we are in what goes on behind the standard corporate veil, read Backblaze’s post.

Comments About Behind the Scenes of the Backblaze Price Hike