The iPhone 11, iPhone 11 Pro, and iPhone 11 Pro Max are now available, and many of you have already placed your orders. For those who are waiting for delivery, reviews will mostly help you confirm your purchase. But for the rest of us, these early reviews can help inform upgrade decisions, especially in an era when new models appear every year, or sometimes even more often. 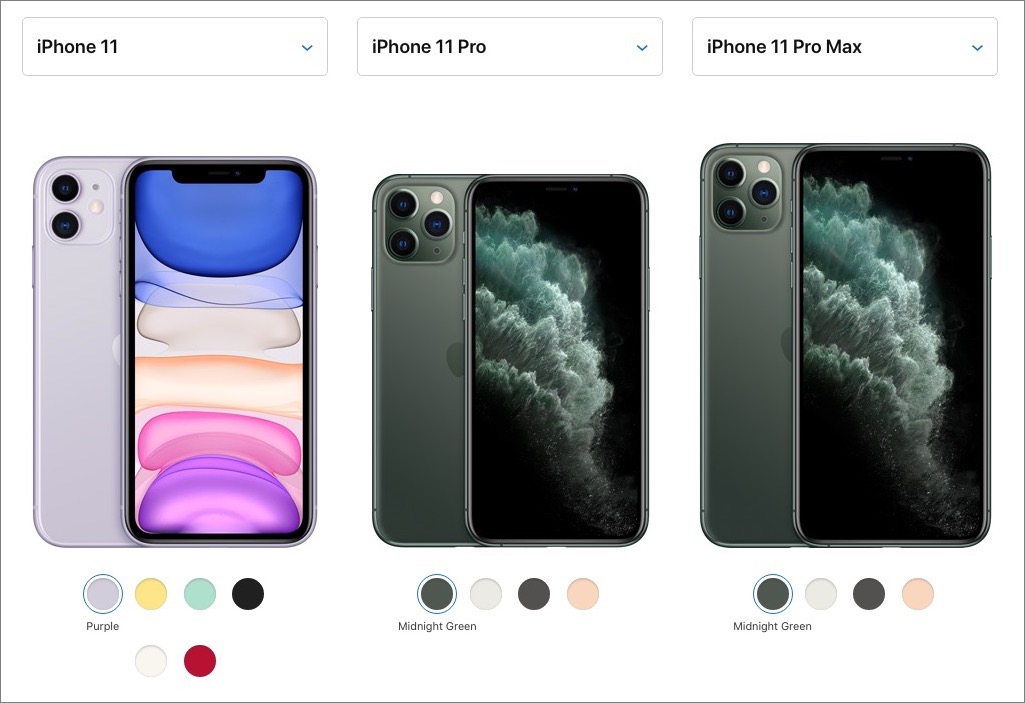 After reading the reviews, you may decide you don’t need a new iPhone this year. Remember that you can now extend AppleCare+ coverage indefinitely (see “Is Your AppleCare+ Expiring? You Can Now Renew It,” 19 September 2019), and iOS 13 should (at least in theory) make devices as old as the iPhone 6s a wee bit faster.

But what if it has been a while and your current iPhone is starting to feel a bit decrepit? That brings me to point one.

If you’re unsure, go for the iPhone 11

If you’re having a hard time deciding which iPhone 11 model to choose, Apple has a page that lays out the differences. But my advice—backed up by the early reviews—is to stick with the basic iPhone 11, which offers most of the new features at a relatively reasonable price. Here’s John Gruber at Daring Fireball:

Last year I called the iPhone XR the iPhone most people should buy. Its successor is the iPhone 11 and the same thing is more true this year than last, if only because the equivalent models are $50 cheaper. The iPhone 11 is the best phone for most people. And once again, to my mind, the sweet spot in the whole lineup is the 128 GB iPhone 11 — for $50 you get double the storage of the base model, and 128 GB is more than enough for typical users.

I agree with Gruber’s assessment of the sweet spot for storage. I’m still rocking a 256 GB iPhone X, with no plans to upgrade anytime soon, and I’ve used less than a third of that space despite hoarding apps I never use and movies I never watch. Adam Engst told me that he’s using only about 88 GB of his 256 GB iPhone X too, enough that the 64 GB model is right out, but so little that he feels bad about paying for all that space he never used.

Nilay Patel of The Verge thinks the iPhone 11 Pro’s extra camera, nicer screen, and other features are worthwhile, but still recommends the basic iPhone 11 for most users:

I’d only spend the extra money on the iPhone 11 Pro if you really care about the display. I don’t think you’re missing out on much by not having a telephoto camera lens, to be honest. I personally care quite a bit about displays, so I’m getting a Pro, but I think most people will be very happy with the iPhone 11.

Engadget’s Chris Velazco has an even higher opinion of the base iPhone 11 in comparison with the iPhone 11 Pro models:

Ultimately, I have my own theory about why these phones get the “Pro” moniker: Because some of the changes here are so subtle that it would take a pro to notice them, much less appreciate them.

Chances are, if you need (or want) the advanced features of the iPhone 11 Pro, like the additional telephoto camera, the stainless steel body, and the extra-large Super Retina XDR screen on the iPhone 11 Pro Max, you probably know it.

The cameras are great

The camera capabilities are the biggest selling point of these phones, so they featured heavily in the early reviews. The base-model iPhone 11 now includes two cameras for wide and ultra-wide shots, and the iPhone 11 Pro models add a third camera for telephoto shots.

Nilay Patel was unequivocal in his review, saying of the iPhone 11 Pro that it’s the “best camera you can get on a phone,” and summing up with:

In fact, the cameras on the iPhone 11 and 11 Pro are so improved that I think they’re worth the year-over-year upgrade from last year’s models for the first time in a long time.

However, Lauren Goode of Wired wasn’t quite as impressed, arguing that “Apple is playing catch-up with the double-lens camera,” and “[the iPhone 11] has a camera that puts it on par with competing devices from other manufacturers.” But she still likes the cameras within the iPhone world and particularly the triple-camera collection in the iPhone 11 Pro, saying:

The iPhone 11 is a very good camera, and in a lot of situations it even performed better than last year’s top-of-the-line iPhone XS. But the iPhone 11 Pro takes noticeably better photos, whether standard photos, portrait images, or night mode pics. In Portrait photos of my colleague Lydia, the iPhone 11 Pro captured truer colors and more of the details of her face, like smile lines and freckles.

Let’s get this out of the way right up front: iPhone 11’s Night Mode is great. It works, it compares extremely well to other low-light cameras and the exposure and color rendition is best in class, period.

And in some instances the Google Pixel 3 still took better photos in low-light settings than the iPhone 11 did. The Pixel captured the better “night mode” shot of a flower arrangement in a dark bar, and the better photo of my friend Kayla sitting in a low-light sushi restaurant. Sunset shots captured on the Samsung Galaxy Note10+ and the OnePlus 7 Pro looked richer, with more contrast, than the muted shot captured on the iPhone 11; but those photos also had artificial-looking orange casts.

I’ve seen quite a bit of back and forth about whether Apple or Google has the better Night mode, enough to convince me that it’s a subjective preference. It’s also largely irrelevant since no one is going to switch ecosystems based purely on Night mode photos. If you get an iPhone, you’ll like Night mode.

Shutterbugs, I particularly encourage you to read Gruber’s and Panzarino’s reviews, which contain a multitude of photos taken with the new iPhones, along with Halide’s overview of the iPhone 11 Pro camera system.

The battery life is great

The battery life on any new phone will be better than an old phone because lithium batteries degrade over time. But these new iPhones also offer improvements over Apple’s previous models even when they were new. Here’s what John Gruber had to say:

There is a second reason iPhone XS owners might want to consider upgrading to an iPhone 11 or 11 Pro this year: battery life. It really is better.

The iPhone XR was one of the longest-lasting iPhones ever with an impressive runtime of 11 hours and 26 minutes on our battery test, which involves continuous web surfing over 4G at 150 nits of screen brightness. Although Apple says that the iPhone 11 lasts an hour longer, we saw a similar 11 hours, 20 minutes of battery life this time around.

Even Lauren Goode, who doesn’t seem to be overly impressed by Apple’s offerings in comparison with the Android smartphone world, seemed pleased with the iPhone 11’s battery life:

So there you have it: you may not need a new phone, but if you do, or if you just want the latest and greatest, the new cameras and improved battery life are great. But don’t settle for these short excerpts—go read the full reviews linked above yourself, and especially check out the sample photos.

Comments About iPhone 11: A Roundup of Reviews