Just days after the release of iOS 13.1 and iPadOS 13.1 (see “Features Added in iOS 13.1: Personal Automations, Driving ETA, and More,” 24 September 2019 and “Here’s What Sets iPadOS Apart from iOS,” 25 September 2019), Apple has pushed out iOS 13.1.1 and iPadOS 13.1.1 to address some significant issues, like the vulnerability that could give third-party keyboards Internet access without your consent (see “Apple Warns of Vulnerability in Third-Party iOS Keyboards,” 27 September 2019). 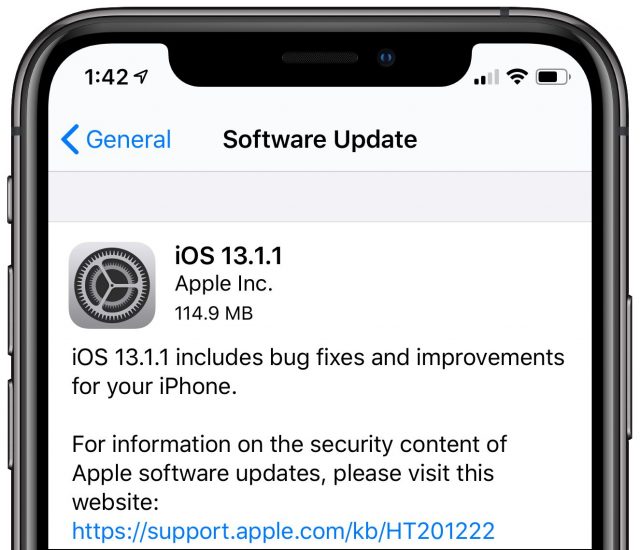