AppleInsider reports trouble with Apple’s Mac Pro support. After the publication’s production Mac Pro suffered issues with all wireless connectivity being flaky, AppleInsider contacted Apple Support chat, who said that the Mac Pro is serviced by a special team. But even Apple Support couldn’t get in contact with that team and sent AppleInsider to the Genius Bar at an Apple Store. Apple’s support technicians there were also completely unprepared to deal with a Mac Pro—they didn’t even have the correct power cable. The Mac Pro remains unrepaired with no resolution in sight (especially with Apple stores outside of China closed until 27 March 2020). Given that the Mac Pro is targeted directly at professionals who may not be able to switch to a less powerful Mac, such a lack of support is particularly troubling. 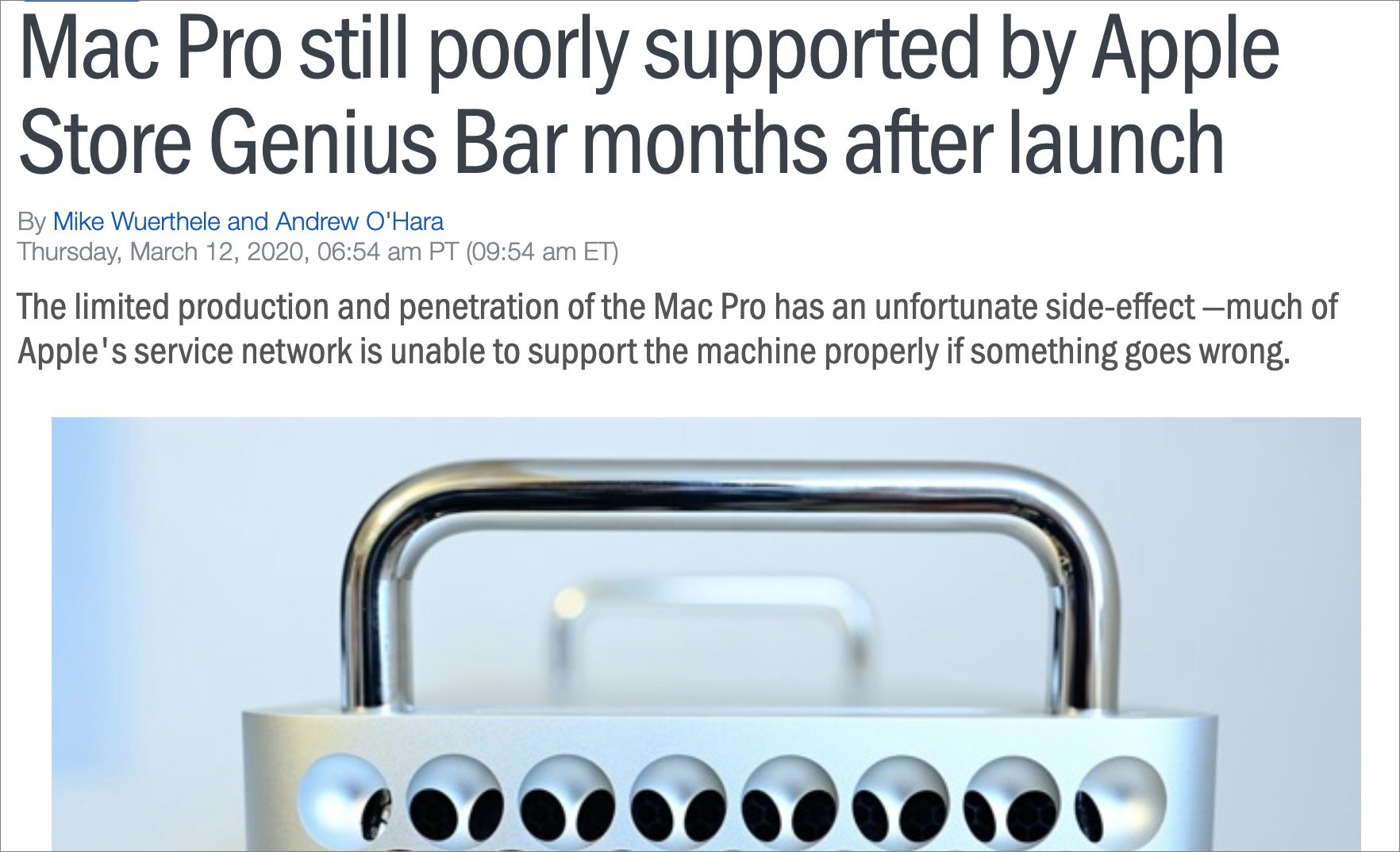