The SARS-CoV-2 pandemic has turned the entire world into a planet of hermits. People are self-quarantining themselves in their homes and avoiding public gatherings (the conscientious ones anyway). In many places, state and local governments have banned nonessential gatherings and businesses.

That’s bad news for many businesses, and among those hardest hit are movie theaters, which were already worrying about delays in major Hollywood releases. Regal was the first to close all of its cinemas nationwide, and AMC Theaters soon followed suit. AMC Theaters said its theaters would be closed for 6 to 12 weeks while Regal offered no timeframe. Frankly, anyone who gives dates is guessing, and there’s no reason to believe that any timeframe will be honored.

This might mark the end of many movie theaters. But movie theaters have been suffering for years. Many homes now have giant high-definition TVs, quality sound systems, and high-speed Internet. With an Apple TV, a 65-inch TV, and a surround-sound soundbar, you can have your own theatrical experience for under $700 (see my freshly updated book, Take Control of Apple TV for help, if necessary).

Let’s look at a few ways Hollywood is adapting to the new realities.

Don’t expect a summer blockbuster season this year. Pretty much every movie coming soon has been delayed. The latest James Bond adventure, No Time to Die, has been delayed until at least November. Disney’s Mulan and New Mutants have been delayed indefinitely, as has Universal’s F9. And even if those movies could be released, the theaters are closed. So the studios are getting creative.

Disney initially responded by moving up the digital release of Star Wars: The Last Skywalker by a few days. The company also dropped Frozen 2 on its Disney+ streaming service a full three months early. We expect more moves like this as the crisis rolls on.

Universal is making an even bolder move: skipping or cutting short theatrical releases of movies like Trolls World Tour, The Hunt, The Invisible Man, and Emma. As of 20 March 2020, those movies are available from Apple TV, iTunes, and all the other usual places. You can rent them for 48 hours for around $20, which feels pricey for streaming but is significantly cheaper than a typical family trip to the movie theater.

The major studios have contemplated such premium video-on-demand offerings for years, but such plans have never come to fruition. The prices floated in the past ranged from $30 to $50, so Universal’s pricing is much cheaper than expected. Independent studios have been offering theatrical rentals on iTunes for years for around $10, but Universal is the first big Hollywood studio to make this happen, and it’s setting a precedent for other big studios.

It didn’t take long for Disney to follow suit, with the company announcing that it would release the new Pixar film Onward to digital via Disney+ on 3 April 2020.

Whether its launch was sparked by the pandemic or just a happy accident, the Movies Anywhere service is testing a movie loan feature that it calls Screen Pass. Movies Anywhere is the Disney-led service that lets you sync movie purchases from most of the big studios (see “Movies Anywhere Frees Your Films From Platform Lock-In,” 14 October 2017 and “Use Movies Anywhere to Take Advantage of Bargains,” 31 August 2018). Lionsgate, MGM, and Paramount still do not participate. 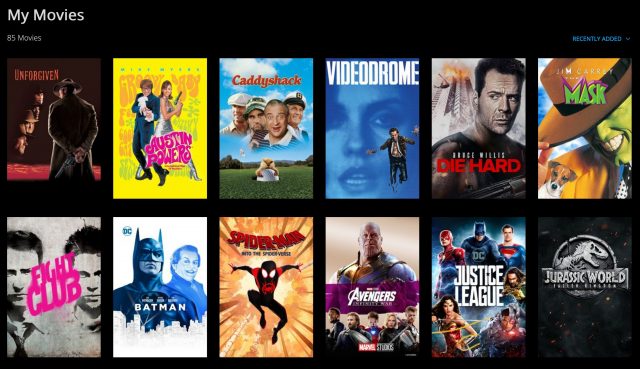 The new Screen Pass feature is currently in closed beta, but it will work like this: you can share up to three movies from your library every month. The recipient will have 14 days to watch a shared movie, and once started, they’ll have 72 hours to finish it. Unlike similar services, you can still watch the film yourself, or even loan out multiple copies to other friends, as long as you remain under the three-movie limit.

Movies Anywhere says the service will open to the general public later this year. As Hollywood grasps at ways to stay relevant and survive the COVID-19 crisis, I expect that rollout sooner rather than later.

The COVID-19 pandemic has already changed the world in many ways. Borders are closing, more people are working from home, parents are being forced to homeschool, and the entire film industry is being upended. But at least there’s an infinite amount of escapist entertainment available for streaming, even without new movies coming out. And that’s good because Hollywood production has effectively been shut down thanks to the pandemic and California’s statewide shelter-in-place order. There may be no new movies or TV shows for a long time.

Comments About How Hollywood Is Adapting to the Time of Coronavirus