Apple continuously improves the iPhone’s front-facing camera, but the company’s laptop webcams seem frozen in time, somewhere deep in the last decade. The Wall Street Journal’s Joanna Stern made a video comparing the webcam in the just-released MacBook Air against webcams in the Dell XPS 13, the Google Pixelbook Go, the Microsoft Surface Laptop 3, and her elderly 2010 MacBook Pro. The Surface Laptop 3 and especially the Pixelbook Go easily bested the MacBook Air, with the XPS 13 bringing up the rear. Even the 2010 MacBook Pro’s 1280-by-1024 iSight camera performed better than the 2020 MacBook Air’s 720p FaceTime HD camera (1280-by-720 resolution) in some circumstances. None of them hold a candle to an iPhone 11’s front-facing TrueDepth camera, which provides a whopping 12 megapixels of resolution and can record 4K video at 60 frames per second. 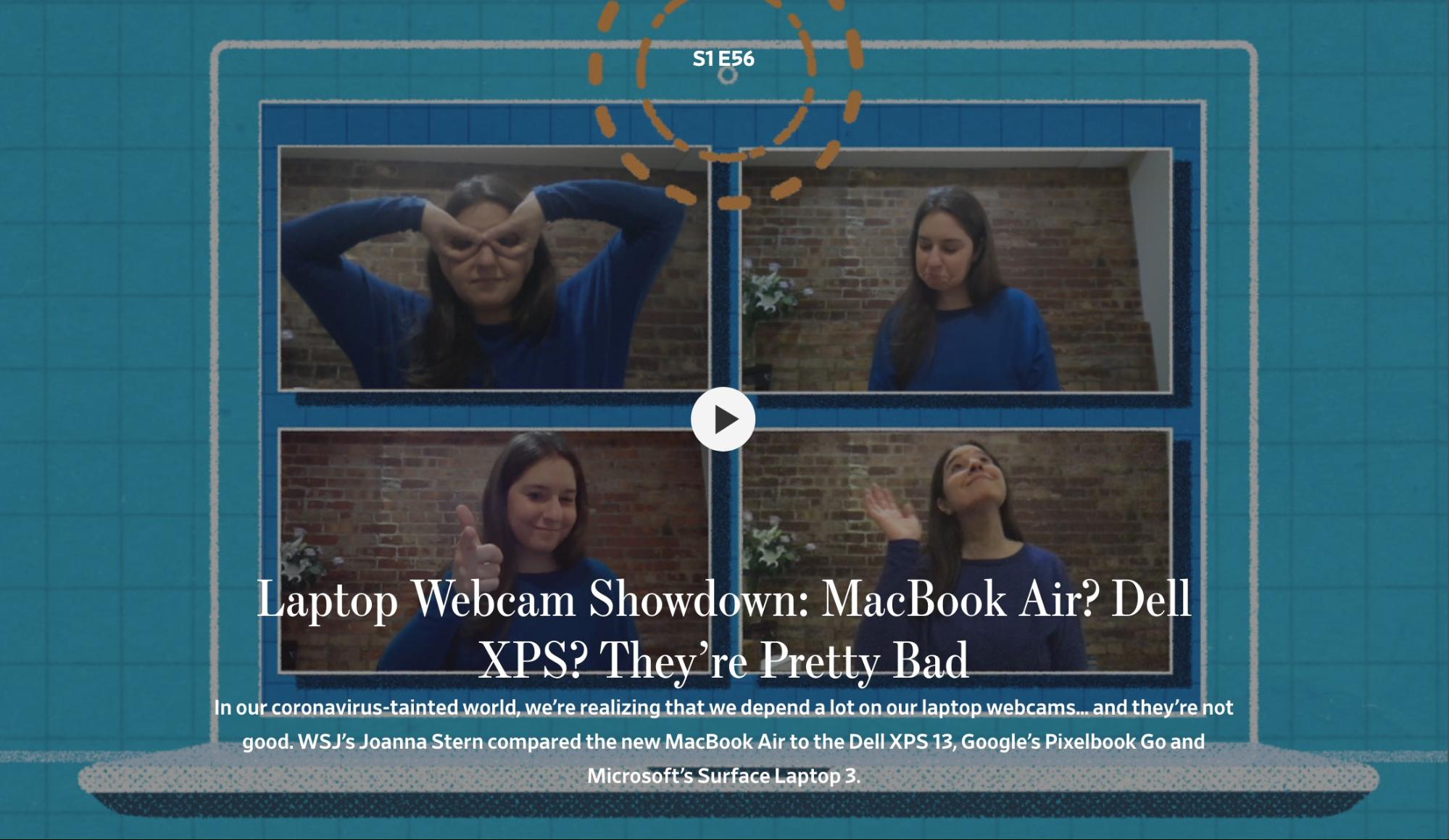 Why are laptop webcams still so bad? Laptop lids are much thinner than most phones and tablets, people don’t tend to take selfies with a laptop, and hardware designers may assume that anyone who really cares will attach an external webcam. But with so many people now working and socializing via videoconferencing due to COVID-19 precautions and stay-at-home orders, we hope Apple improves its webcams for future laptop models. Besides, how are we going to get Face ID in a laptop without a TrueDepth camera system?