When Apple announced its new Magic Keyboard for iPad Pro with a built-in trackpad, the company said it would ship in May (see “Hell Freezes Over: Apple’s New iPad Pro Supports Trackpads,” 18 March 2020). Surprise! You can order it now, and it will start shipping 24 April 2020. 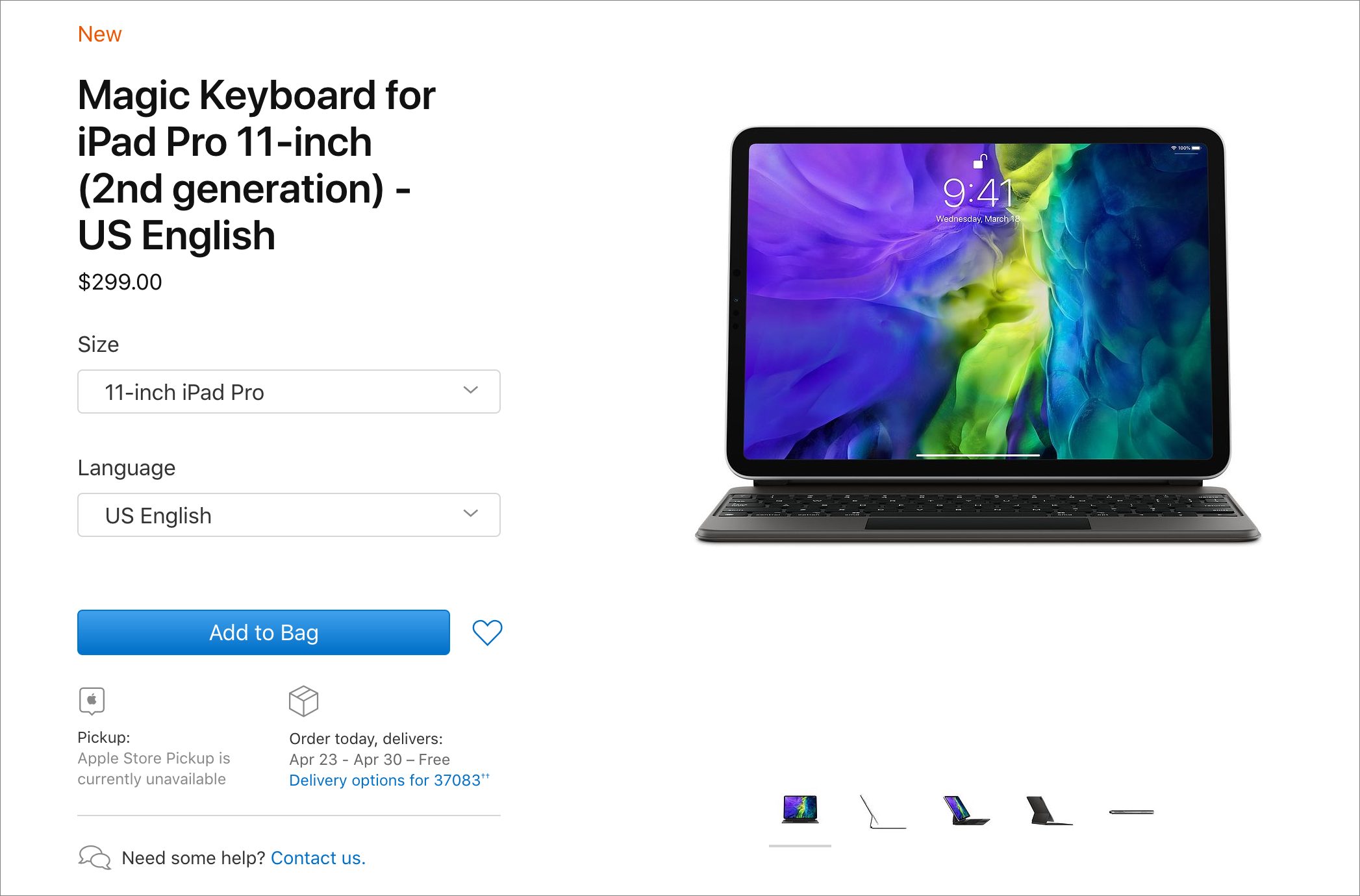 There are two models of the Magic Keyboard for iPad Pro, one for the first- and second-generation 11-inch iPad Pro, and the other for the third- and fourth-generation 12.9-inch iPad Pro. It costs a whopping $299 for the 11-inch version and $349 for the 12.9-inch version, but includes a built-in trackpad, taking advantage of the new pointing device support in iPadOS 13.4 (see “The iPad Gets Full Trackpad and Mouse Support,” 28 March 2020).

We’ll be interested to hear how people like the new Magic Keyboard for iPad Pro, and we expect to see alternatives. For instance, Jason Snell reviewed a competing product, the Brydge Pro+, and found it lacking. For those who lack the necessary iPad Pro model, be on the lookout for Logitech’s upcoming $149.99 Combo Touch case, which will work with the seventh-generation iPad, the third-generation iPad Air, and the 10.5-inch iPad Pro.