You might have thought with everything going on in the world that Apple would have slowed down and held off on major changes for iOS 14 and iPadOS 14. You would have been wrong. iOS 14 represents one of the largest paradigm shifts for the iPhone since it launched in 2007. Let’s dive in.

The much-rumored Home screen overhaul is here at last, and many of its broad strokes will be familiar to Android users. Apple’s Craig Federighi acknowledged a reality many of us have been dealing with for years: that, while muscle memory might kick in on the first page of apps, every subsequent page becomes more of an unmanageable jumble.

Android solved this problem from the start with its Apps drawer, a central place for all apps. You then place the apps you regularly use on your Home screen. Apple is implementing a very similar, though much more attractive, approach in iOS 14 in the form of the App Library. 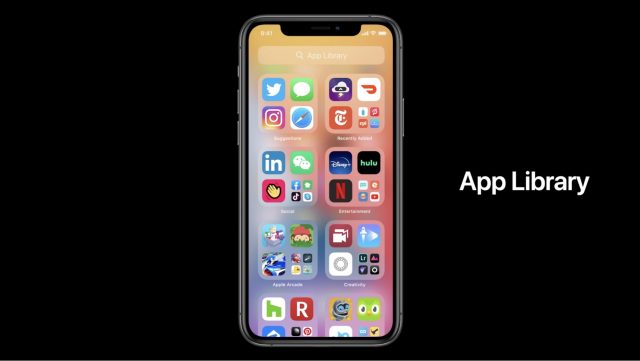 The App Library serves as your last Home screen and presents all of your apps on one screen, broken out into tiles, like Suggestions, Recently Added, and curated categories. The apps are listed alphabetically inside those tiles. You can then easily add those apps to your Home screen and eliminate Home screen pages you don’t need. I imagine it’ll be common for many users to simply have one or two Home screens of favorite apps, followed by the App Library for everything else. It’s a long-overdue improvement on the Home screen and a seeming admission that Google got some things right. 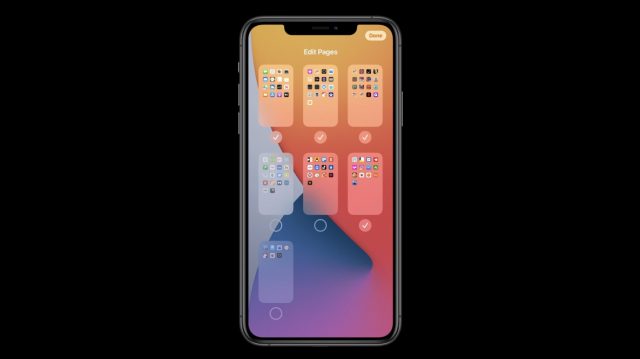 The Android similarities don’t end there. True Home screen widgets are coming to iOS 14, and they can take the place of app icons. Widgets still live in the Today view (swipe right on the Home screen) by default, but you can now add them to the Home screen in a variety of sizes and shapes. Apple’s unique touch is a Smart Stack at the top of the screen that lets you swipe through multiple widgets based on context. 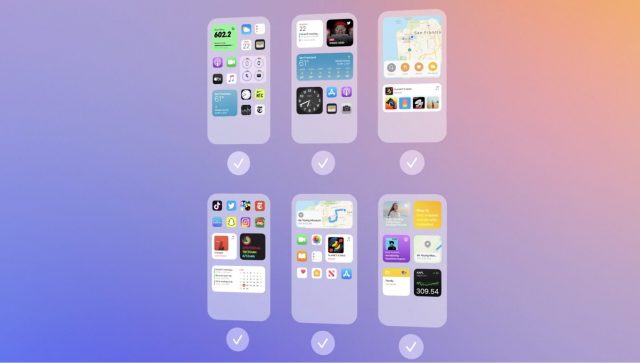 Siri is getting some significant changes in how it works—some of which Apple again seems to have borrowed from Google. Many of those changes are happening at the back end. For instance, Siri reportedly now knows 20 times as many facts as it did a year ago.

But on the front end, Siri in iOS 14 gets in your way less often. You can now talk to Siri directly without saying, “Hey Siri,” and Siri no longer takes over your entire screen. As with the Voice Control feature, you’ll be able to interact with onscreen elements directly just by talking to your device. 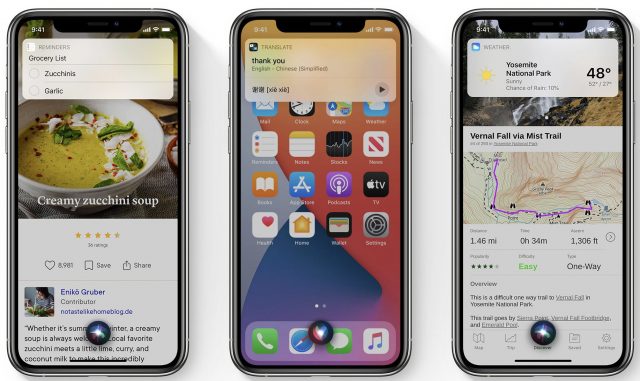 Voice dictation is also improving in a big way, now performing that functionality on the device itself without sending your voice to the cloud, which should improve both responsiveness and privacy. There’s also a new offline translation functionality that supports 11 languages.

Along with the new Siri translate functionality, there’s a new built-in Translate app to provide a visual interface. (OK, Android did it first, but Google Translate has been available in iOS for years.)

Some notable changes are coming to Messages. You can now pin conversations in the conversation list, just as you can with notes in the Notes app.

There are also big changes to how group conversations work. You’ll be able to create a custom icon for a group message. Much like Slack and other threaded chat apps, you can respond to certain messages inline, so a single group conversation could have multiple threads.

You’ll also be able to mention a participant by name so you can indicate who you’re responding to. We hope these features can clarify group messages without adding additional confusion.

If you’re ever able to leave your house again, iOS 14 has exciting new features for you. Maps features built-in travel guides and articles. 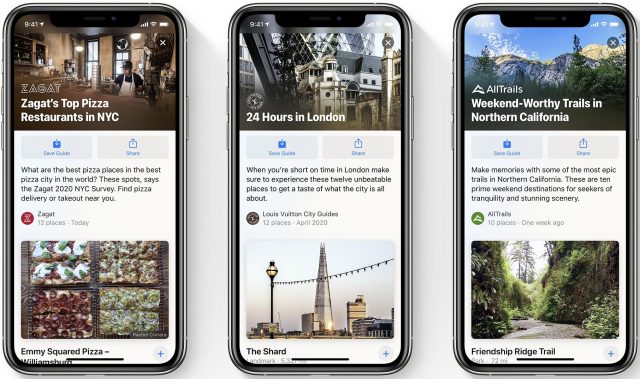 But the most impressive improvement is new cycling directions for major cities—New York, Los Angeles, and San Francisco to start—that take into account elevation, road traffic, and even the presence of stairs. Also coming to Maps is special routing for electric vehicles that can track your charge level and adjust your route to add charging stops. Unfortunately, support has to be built into the car itself.

Apple’s in-car CarPlay system is also getting some significant updates, like parking guidance, EV charging directions, and even quick food ordering. But the biggest change is Apple’s initiative to replace car keys with your iPhone. You’ll be able to share keys in iMessage, revoke keys remotely, and even restrict driving areas for teens. Unfortunately, it’s another feature that must be baked into the car, starting with next year’s BMW 5-series. (How am I going to convince Adam that a BMW 5-Series is a necessary business expense?)

Just a Touch of App

App Clips are another feature borrowed from Android, which calls them App Slices. App Clips let you use just a bit of an app without installing the whole thing. You might launch that App Clip from a Web page in Safari, an iMessage, a place in Maps, or even an NFC tag or QR code. For instance, you could rent one of those godforsaken scooters without installing the full app. Each App Clip is less than 10 MB in size and is automatically removed when you no longer need it. 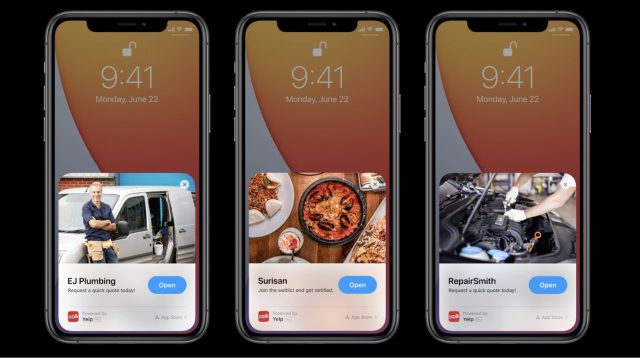 iPadOS 14: The Revenge of the Newton and a Move Toward Mac

iPadOS 14 incorporates the features of iOS 14, along with a new, more Mac-like look and some key upgrades to the Apple Pencil experience that Newton fans have been waiting for decades.

Several iPad apps are getting design changes to make them more similar to their Mac counterparts. For example, Photos now displays a sidebar in landscape orientation.

iPadOS 14 adopts the new widgets of iOS 14, and Apple has redesigned the column of Today View widgets. No longer a just bland stack of rectangles, iPadOS widgets can coexist two to a column, like little Apple Watches (the Apple Watch inspired the new widget design).

Finally, Spotlight search has been overhauled so it doesn’t take up the entire screen. Like Spotlight on the Mac, when you bring up search you’re presented with a simple gray bar on top of whatever app is frontmost.

The Apple Pencil Steps Up

Apple Pencil fans have a lot to look forward to. The signature new feature of iPadOS 14 is Scribble, which is Apple’s marketing name for its new handwriting-to-text feature. You’ll be able to use your Apple Pencil to write in any text field, and Scribble will convert your handwriting to type. You can also scratch out a word to erase it or circle a word to select it.

The drawing and handwriting capabilities of Notes are improving significantly. Notes can automatically detect handwriting, differentiating it from drawings, and lets you select and operate on handwriting just as you do with typed text. You can copy handwriting and paste it as typed text. Just as Preview has done for years, you can roughly draw a shape, and Notes can figure out what you’re trying to draw and insert a perfect form of it. Finally, Notes will feature data detectors in handwriting, so you can write a date like “December 15, 2020” and then tap on that bit of handwriting to create a calendar entry. 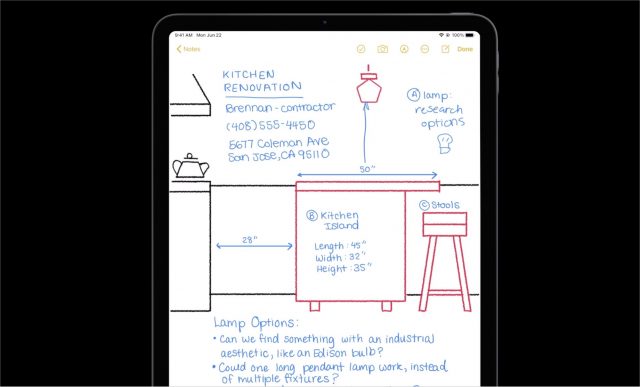 The iPad (and Android) have supported Picture in Picture for years, and now it’s coming to the smaller screens. Just like on iPadOS, you’ll be able to move the video around the screen and even park it off to the side if you want to just listen to audio. It’ll be interesting to see if YouTube will support this feature in its app, despite not supporting it on the iPad.

App Store apps will feature standardized privacy cards that Apple likens to food labels, which will clearly outline how each app impacts your privacy. A new recording indicator appears at the top of your screen whenever an app is using your microphone or camera. A new option lets you share only your approximate location with an app instead of a precise location, and developers will be able to let you upgrade existing online accounts to Sign In With Apple.

The AirPods Pro are receiving a substantial upgrade in iOS 14 with spatial audio that effectively simulates surround sound, and adjusts based on your position. AirPods can now automatically switch between your many Apple devices, depending on what you’re actively using. You’ll also get an onscreen notification if your battery is running low.

Apple is taking full advantage of its Dark Sky purchase by integrating weather alerts into the built-in Weather app, along with minute-by-minute forecasts for those in the United States.

Incoming calls will no longer take up your entire screen but will be presented as notification banners. That will also apply to FaceTime calls and third-party VoIP apps. 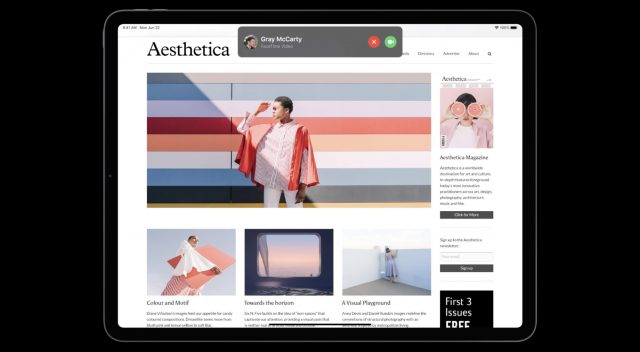 The Rest of the Rest

Expect more small tweaks to other aspects of iOS 14:

Apple has a full list of everything new in iOS 14 and iPadOS 14.

Yes, there is one more thing, something iPhone users have begged for but that Apple acknowledged only as an item in an extensive list on a background slide. In iOS 14, you can finally set default Web browsers and email clients. About time!

Comments About iOS 14 and iPadOS 14 Echo Android and Newton