Apple has spent the last few years reworking the data underlying Apple Maps. The company completed its redo of US mapping data at the start of this year (see “Apple Finishes Rolling Out Redesigned Maps in the US,” 31 January 2020). It has now overhauled maps in Canada. Apple Maps users across Canada now benefit from more detailed maps, better directions, electric car routing, speed camera warnings, guides, and more. Apple has also implemented its Look Around (think Google Street View) feature in some Canadian cities: Calgary, Montreal, Toronto, and Vancouver, as well as parts of Newfoundland and Nova Scotia. 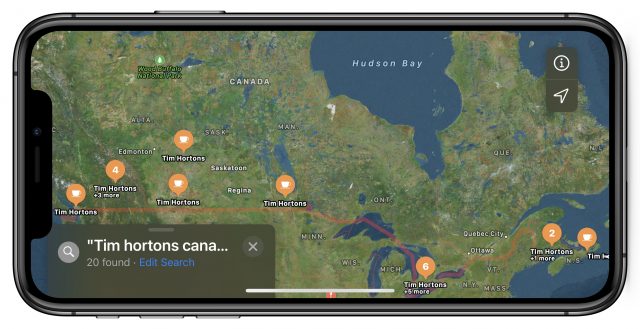 Justin O’Beirne has been making extensive before-and-after comparisons during Apple’s Maps overhaul, and he has now done the same for Canada, showing the increase in detail along with some interesting statistics about Apple’s efforts.