Here’s a common problem: you’re settling down to watch a movie and don’t want your iPhone interrupting you with unnecessary updates that can wait. But you also want to receive potentially important calls and messages—perhaps from an elderly relative. Or maybe you’re out for the evening and don’t want to be distracted from your phone… unless it’s the babysitter. Here’s how to meet those contradictory goals.

Enable Do Not Disturb to Block Notifications

We assume that all TidBITS readers are generally familiar with Do Not Disturb, but if not, let’s review the basics. It’s a feature that silences your iPhone temporarily so you aren’t interrupted by the constant cavalcade of notifications. The easiest way to access it for occasional use is through Control Center—it’s the button with the moon icon. 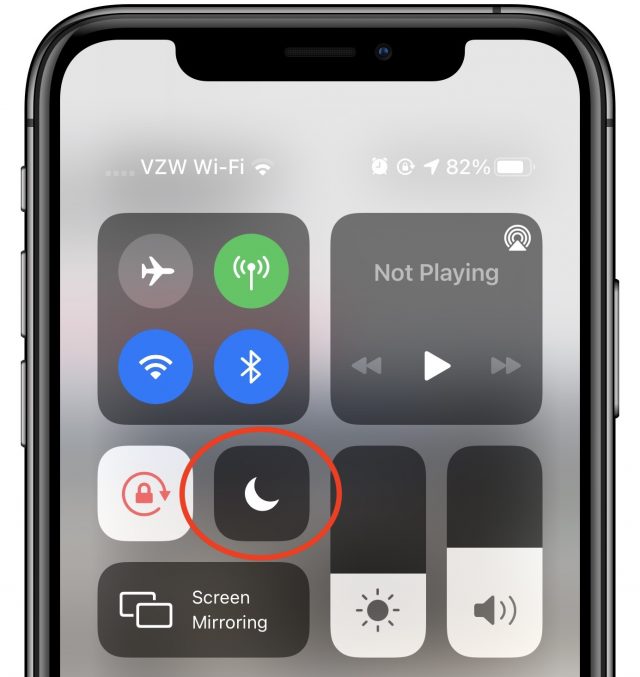 You can also enable Do Not Disturb from Settings > Do Not Disturb, but more important are the additional options there. Most necessary are the scheduling options, which let you automatically turn Do Not Disturb on and off at certain times. Everyone should set a schedule to avoid having sleep disrupted by random notifications.

There are other useful options here, like Do Not Disturb while Driving (see “iOS 11 to Bring Do Not Disturb While Driving,” 21 August 2017), but we mostly want to draw your attention to the Allow Calls From setting, which lets you allow calls from a certain group of contacts to punch through the Do Not Disturb wall. But what about text messages? That’s where Emergency Bypass comes in.

Use Emergency Bypass to Circumvent Do Not Disturb

Here’s how to enable Emergency Bypass for phone calls or text messages: 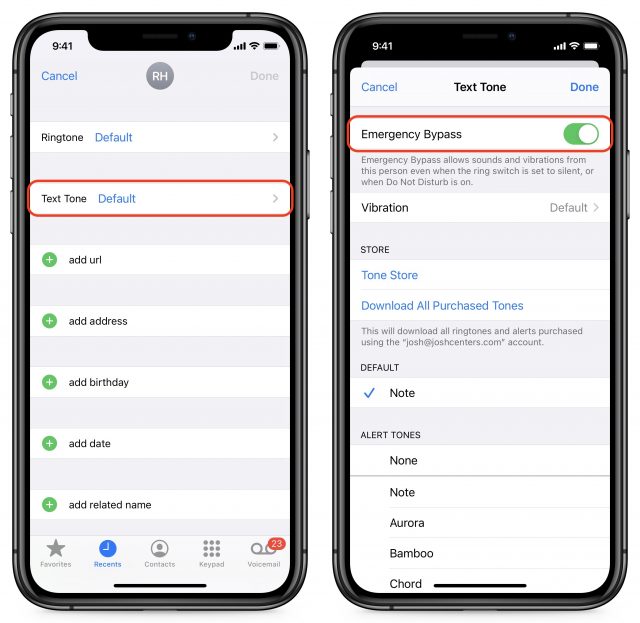 There is one potentially unexpected caveat. If your Mac is awake and running Messages, it will likely capture text messages before they’re sent to your iPhone. In most situations, that’s sensible—you don’t want text message notifications to make sounds on every Apple device you own if you’re actively using your Mac. Obviously, if you’re away from your Mac, it should be sleeping, but if that’s not true for some reason, it could prevent messages from arriving on your iPhone regardless of Emergency Bypass.

What about Overriding Emergency Bypass on Occasion?

The only thing to keep in mind is that Emergency Bypass will cause your iPhone to make sounds even if Do Not Disturb is on and the ring/silent switch is enabled. That’s the point, of course, but there are situations where silence is essential—a recital, a play, a meditation class. In other words, if Emergency Bypass overrides Do Not Disturb, how can you override Emergency Bypass every so often? Editing individual contact cards is clearly too much work. We found two levels of workaround: 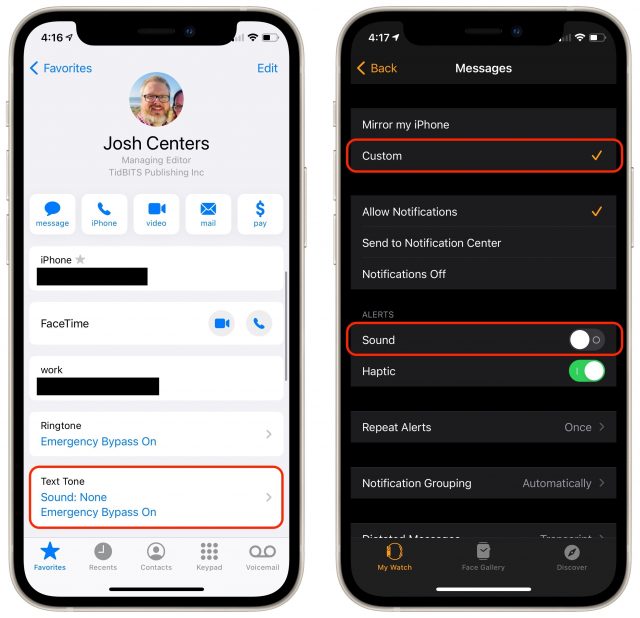 For starters, it’s virtually impossible to manage which contacts have Emergency Bypass enabled, because there’s no central list. You would be well-served to add all your Emergency Bypass contacts to a group in Contacts, purely so you could more easily disable the setting for those people in the future without having to dig through all likely contacts.

It makes sense to separate those contacts who can break through Do Not Disturb by calling you from those who would instead text you. You might have a contact who texts you constantly but would call only in an emergency. And we all know people who call randomly without texting, so it would make sense to force those people to text first if there was something urgent.

In the end, how you control the extent to which your iPhone can interrupt you has evolved organically, from the simple ring/silent switch to Do Not Disturb to Emergency Bypass contact settings, and it’s time for Apple to revisit the interface and user experience.