There’s a new Apple TV on the market (see “Apple Updates Apple TV 4K; Introduces New Siri Remote,” 20 April 2021), but is it worth buying? As the author of Take Control of Apple TV, let me walk you through scenarios depending on how you watch TV now and give my recommendations. 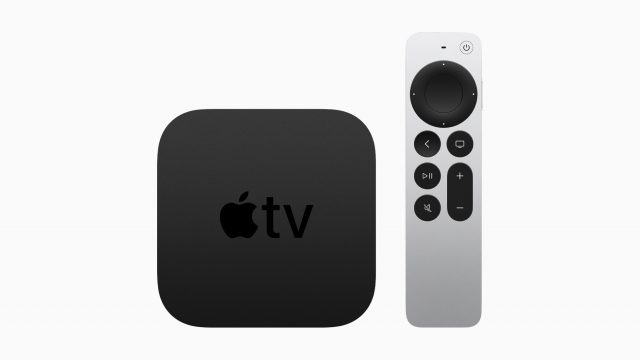 If You Still Use a Second- or Third-Generation Apple TV

The second-and-third-generation Apple TVs were great units, but it’s time to move on. Many apps no longer work correctly or at all (see “Third-Generation Apple TVs Suffering from Apple TV Software Update 7.6,” 28 September 2020). If you’ve been using one for all this time, you’ve more than gotten your $99 worth from it.

The only question is whether it makes more sense to buy a new Apple TV or move to another platform. See “If You Don’t Own an Apple TV” below for the pros and cons.

If You Use an Apple TV HD

The original fourth-generation Apple TV, now dubbed the Apple TV HD, is still supported. Unless you crave 4K resolutions or HDR color, both of which require support in your TV, there’s no need to upgrade.

However, if you’re interested in replacing your original Siri Remote with the redesigned second-generation model (see “Second-Generation Siri Remote Review,” 24 May 2021), you’re already looking at a $59 purchase, so it might be worth spending the extra $120 to buy the new Apple TV 4K and get a bit of future-proofing.

4K has been standard for some years now, so if you’re still watching a 1080p-only TV, it’s only a matter of time until you’ll need or want to replace it, almost certainly with a 4K model, and then you’ll want 4K and HDR support.

If You Use an Apple TV 4K

If you already own an Apple TV 4K, there is no compelling reason to spend $179 for the few niceties the new Apple TV 4K brings:

Apart from the second-generation Siri Remote, none of those are likely to change your overall viewing experience that much. But if one seems important to you, it might be worth the upgrade.

That said, even those interested in upgrading might want to wait a bit. There isn’t much HDR 60 fps content just yet, and Apple might announce some intriguing new features in tvOS 15 that take better advantage of the new hardware. And while Apple TVs aren’t often discounted, you might luck out or find a refurbished model later.

If You Don’t Own an Apple TV

Until recently, if you wanted to watch your Apple DRM-encrusted movies and TV shows on a TV, you pretty much needed an Apple TV. That’s no longer the case. Most major TV platforms like Android TV, Fire TV, and Roku now include the Apple TV app, which gives you access to your library and Apple TV+ content. Many TV platforms even support AirPlay input and integrate with HomeKit.

Strictly speaking, you probably don’t need an Apple TV. Here are some reasons you might consider one.

Picture and Audio Quality: Apple has to justify the Apple TV 4K’s $179 price, and the Apple TV seems to have fallen into the niche of accessible, high-quality audio and video. Other media players might give you better picture quality (a streaming box can’t compete with 4K Blu-Ray), but the Apple TV makes it pretty painless. It’s easy to set the Apple TV to match the original frame rate and dynamic range of a film, and the new Color Balance feature makes calibration simple (see “How to Use Color Balance in tvOS 14.5,” 28 April 2021).

The few times a year I sit down to truly take in a film, I watch it on the Apple TV. Movies look fine on Roku’s Apple TV app but are better when played through the Apple TV.

HomeKit: If you use HomeKit, the Apple TV makes a decent HomeKit hub (though a HomePod is even better because it serves as an always-on Siri controller). Plus, you can trigger HomeKit automations through the tvOS Control Center and with the Apple TV’s Siri, which is fun to use with the second-generation Siri Remote.

Privacy: It’s no exaggeration to say my Roku TV phones home every few seconds. I installed AdGuard on a Raspberry Pi on my home network, and the sheer number of requests generated by the Roku TV is absurd. As you can see, Apple phones home a lot too, but an order of magnitude less frequently. 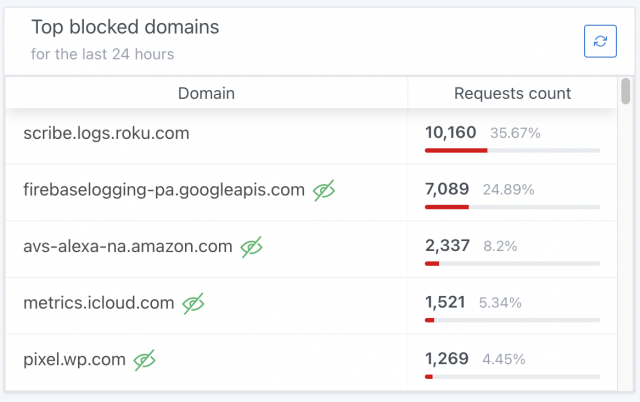 We know for a fact that TV manufacturers are scooping up your data (see “Your Smart TV Could Be Tracking Everything You Watch,” 10 July 2018). How else do you think you can buy a 65-inch 4K HDR TV for $400? The manufacturer isn’t making money from the hardware.

An Apple TV might not guarantee your privacy, but it may be your best bet outside of frustrating open-source media software on a Raspberry Pi.

Apps: The weakest argument for the Apple TV is the App Store, but it’s still a selling point. There are some neat apps and games out there, but I don’t get a sense that people care much about them, outside of video apps like Hulu and YouTube that you can get on any smart TV platform.

There are also a few core drawbacks to the Apple TV:

Complexity: Apple makes things simple, right? But it’s hard to beat the integration of software baked into your TV. With the Apple TV, you have to deal with HDMI ports (make sure you buy a good high-speed cable, or you’ll have problems), the quirks of HDMI-CEC, and fiddling with the Apple TV’s settings. It’s much more accessible than most high-end home theater gear, and most of the issues go away after the initial setup, but it’s still fussier than the TV’s native software.

Buggy software: Apple doesn’t appear to devote significant resources to tvOS, and it shows. It’s still full of weird quirks. For instance, the much-touted TV app does a terrible job of keeping track of what I watch, even TV shows and movies from my Apple library.

Cost: At $99, the second-generation Apple TV was revolutionary, thanks to its low cost and focus on streaming. The $179 Apple TV 4K is, well, just expensive, and it’s hard to recommend to those who aren’t wholly invested in the Apple ecosystem. For much less, you can buy perfectly functional 4K streaming boxes, and for not much more, you can buy a full-blown gaming console (assuming you can find one). The Apple TV is one of the most expensive media players in its class, and it’s not always easy to justify.

Assuming you’ve decided to buy or upgrade an Apple TV, which should you get? This answer is simple: the 32 GB Apple TV 4K for $179. There is no reason to buy the $149 Apple TV HD anymore, and I don’t know why Apple still sells it. The hardware is significantly less capable, and you’re saving only $30. It’s worth spending the extra money to ensure optimal compatibility with whatever TV you might buy in the future.

Likewise, I can’t recommend the $199 64 GB Apple TV 4K model to many people. There aren’t many worthwhile apps and games, it’s hard to fill up 32 GB of storage, and tvOS does a decent job of offloading apps if you somehow do manage to fill it up. The only reason to consider the 64 GB model is if you have bandwidth restrictions like low speeds or a data usage cap and anticipate downloading a lot of apps. In that case, the 64 GB of storage will reduce the chance that apps are offloaded then downloaded again. 32 GB is fine for nearly everyone.

Comments About Should You Buy the New Apple TV 4K?