Apple usually updates all of its operating systems at once. So it was unusual when the company released iOS 14.7, watchOS 7.6, HomePod Software 14.7, and tvOS 14.7 without iPadOS 14.7 and macOS 11.5 Big Sur (see “iOS 14.7 Adds Support for the MagSafe Battery Pack,” 19 July 2021). And since Apple doesn’t release security notes until all affected operating systems are updated, those updates were a mystery. Apple pushed out iPadOS 14.7 and macOS 11.5, along with security notes for all of last week’s releases. 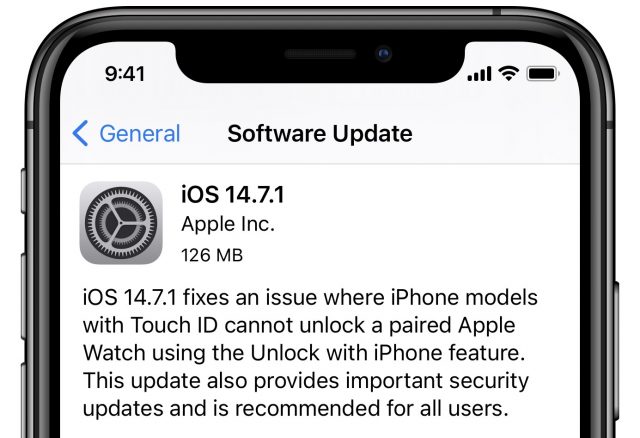 There is only one thing to say about iPadOS 14.7 that we didn’t already cover in “iOS 14.7 Adds Support for the MagSafe Battery Pack” (19 July 2021): Apple fixed an audio-skipping bug when using USB-C to 3.5mm headphone adapters. The follow-up iPadOS 14.7.1 release adds an important security fix. We’ll cover security notes for all releases below. 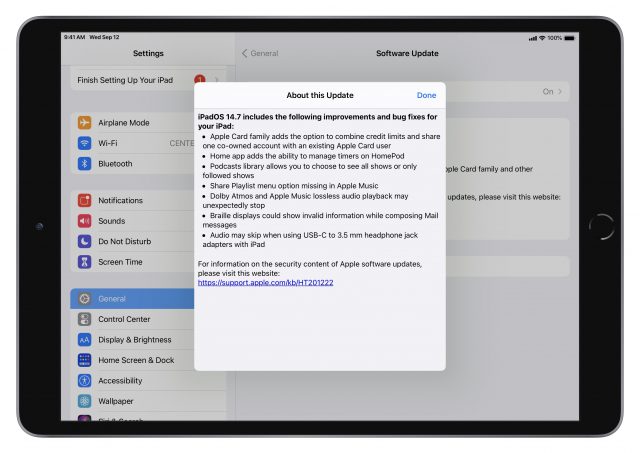 The macOS 11.5 update, like the iOS and iPadOS updates, updates the Podcasts app so you can view either all shows or only those you follow in the Library tab. It also fixes bugs that prevented Music from updating the play count and last played date in your library and prevented smart card authentication from working on M1-based Macs.

Howard Oakley has some other details about macOS 11.5, such as new versions of core apps and included firmware updates.

These updates address some serious security vulnerabilities. In particular, the iOS and iPadOS updates include this note for Wi-Fi: “Joining a malicious Wi-Fi network may result in a denial of service or arbitrary code execution.” We presume that’s a fix for the Wi-Fi bug that could cause maliciously named access points to disable Wi-Fi on an iPhone or iPad (see “Obscure Bug Could Disable the %p%s%s%s%s%n Wi-Fi on Your iPhone or iPad,” 7 July 2021). We knew the vulnerability could cause Wi-Fi to stop working, but from Apple’s notes, it seems like a potential vector for malware as well.

Here are the security notes and number of vulnerabilities fixed in each version (many of which are common across all the operating systems):

The follow-up iOS 14.7.1, iPadOS 14.7.1, and macOS 11.5.1 updates address a kernel vulnerability that Apple says may have been actively exploited in the wild. That’s extremely consequential and reason enough to install these updates as soon as you can.