It isn’t often Apple admits it messed up, much less on an announcement, but there was a lot of mea culpa in this interview of Apple software chief Craig Federighi by the Wall Street Journal’s Joanna Stern. The interview followed the company’s first explanations a week ago of how it would work to curb the spread of known child sexual abuse material (CSAM) and separately reduce the potential for minors to be exposed to sexual images in Messages (see “FAQ about Apple’s Expanded Protections for Children,” 7 August 2021).

Apple’s false-footed path started with a confusing page on its website that conflated the two unrelated protections for children. It then released a follow-up FAQ that failed to answer many frequently asked questions, held media briefings that may (or may not?) have added new information, trotted out lower-level executives for interviews, and ended up offering Federighi for the Wall Street Journal interview. After CEO Tim Cook, Federighi is easily Apple’s second-most recognized executive, showing how seriously the company has been forced to work to get its story straight. Following the interview’s release, Apple posted yet another explanatory document, “Security Threat Model Review of Apple’s Child Safety Features.” And Bloomberg reports that Apple has warned staff to be ready for questions. Talk about a PR train wreck.

(Our apologies for the out-of-context nature of the rest of this article if you’re coming in late. There’s just too much to recap, so be sure to read Apple’s previously published materials and our coverage linked above first.)

In the Wall Street Journal interview, Stern extracted substantially more detail from Federighi about what Apple is and isn’t scanning and how CSAM will be recognized and reported. She also interspersed even better clarifications of the two unrelated technologies Apple announced at the same time: CSAM Detection and Communications Safety in Messages.

The primary revelation from Federighi is that Apple built “multiple levels of auditability” into the CSAM detection. He told Stern:

We ship the same software in China with the same database as we ship in America, as we ship in Europe. If someone were to come to Apple [with a request to match other types of content], Apple would say no. But let’s say you aren’t confident. You don’t want to just rely on Apple saying no. You want to be sure that Apple couldn’t get away with it if we said yes. Well, that was the bar we set for ourselves, in releasing this kind of system. There are multiple levels of auditability, and so we’re making sure that you don’t have to trust any one entity, or even any one country, as far as what images are part of this process.

This was the first time that Apple mentioned auditability within the CSAM detection system, much less multiple levels of it. Federighi also revealed that 30 images must be matched during upload to iCloud Photos before Apple can decrypt the matching images through the corresponding “safety vouchers.” Most people probably also didn’t realize that Apple ships the same version of each of its operating systems across every market. But that’s all that was said about auditability in the video interview.

Apple followed the interview with the release of another document, the “Security Threat Model Review of Apple’s Child Safety Features,” which is clearly what Federighi had in mind when referring to multiple levels of auditability. It provides all sorts of new information on both architecture and auditability.

While this latest document better explains the CSAM detection system in general, we suspect that Apple also added some details to the system in response to the firestorm of controversy. Would Apple otherwise have published the necessary information for users—or security researchers—to verify that the on-device database of CSAM hashes was intact? Would there have been any discussion of third-party auditing of the system on Apple’s campus? Regardless, here is the new information that struck us as most important:

I’m perplexed by just how thoroughly Apple botched this announcement. The initial materials raised too many questions that lacked satisfactory answers for both technical and non-technical users, even after multiple subsequent interviews and documents. It seems that Apple felt that for saying anything at all, we’d pat them on the back and thank them for being so transparent. After all, other cloud-based photo storage providers are already scanning all uploaded photos for CSAM without telling their users—Facebook filed over 20 million CSAM reports with NCMEC in 2020 alone.

But Apple badly underestimated the extent to which implying “Trust us” didn’t mesh with “What happens on your iPhone, stays on your iPhone.” It now appears that Apple is asking us instead to “Trust, but verify” (a phrase with a fascinating history originating as a paraphrase of Vladimir Lenin and Joseph Stalin before being popularized in English by Ronald Reagan). We’ll see how security and privacy experts respond to these new revelations, but at least Apple now seems to be trying harder to share all the relevant details. 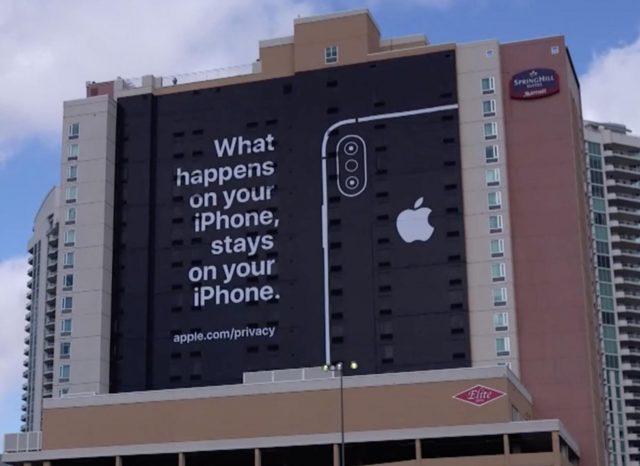