Although we mocked Apple somewhat in “Ten “It’s About Time!” Features from WWDC 2021” (7 June 2021) for the many features that feel as though they’re either catching up with the competition or have been obviously missing for years, numerous other features announced at the WWDC 2021 keynote feel more innovative. Here are our ten favorites. (And no, Apple didn’t say anything about future Apple silicon chips. We’re disappointed too.)

For a complete list of all the features in Apple’s new operating systems, see the preview pages for iOS 15, iPadOS 15, macOS 12 Monterey, and watchOS 8.

Apple made a big deal about a new technology called SharePlay that promises to allow media and screen sharing to FaceTime conversations. That may not be something you’ve imagined wanting, but for the teenage set, being able to listen to music or watch videos together has become more of a thing during the pandemic. SharePlay syncs shared media so everyone can watch the same video at the same time, and everyone can control the playback with everyone else staying in sync the entire time. It also leverages the Apple ecosystem, so you can connect with others over FaceTime on an iPad while watching video on an Apple TV or listening to music on a HomePod. 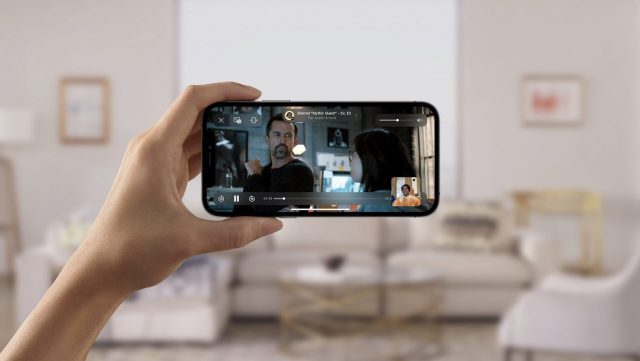 More interesting for the older set is SharePlay’s option for sharing screens, which might be a good addition to the tools we already have for helping friends and relatives with technical problems. The younger folks will probably watch each other playing games.

HomeKit smart locks have been a thing for a while, but they’re a pain to use. To unlock them, you either need to fumble with a key or tap a button in an app on your iPhone, which is awkward when your hands are full of groceries. With iOS 15 and watchOS 8 and a compatible smart lock, you can add the “key” to Wallet and simply tap your smart lock with an iPhone or Apple Watch to unlock it. Hotel chains also plan to support the technology, starting with Hyatt, which may eventually provide a welcome end to flaky card keys. 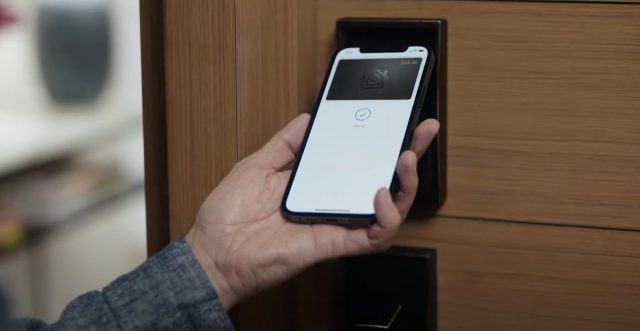 We’ve been playing with an app from longtime developer Alco Blom called Photos Search for the Mac and iOS. It scans your entire photo library for text in images and lets you search through the results, among other features. Sadly, once iOS 15 and macOS 12 Monterey ship, Photos Search will have competition from Apple’s Live Text feature. It treats text in photos like text anywhere else, enabling you to use functions like copy and paste, lookup, and translate—and presumably Spotlight search. However, you will need an iPad with an A12 Bionic chip or later or an M1-based Mac (it presumably works on all iPhones that can update to iOS 15). Perhaps Alco Blom will be able to leverage Live Text to make Photos Search into a better front end for exploring the text embedded in your photos. 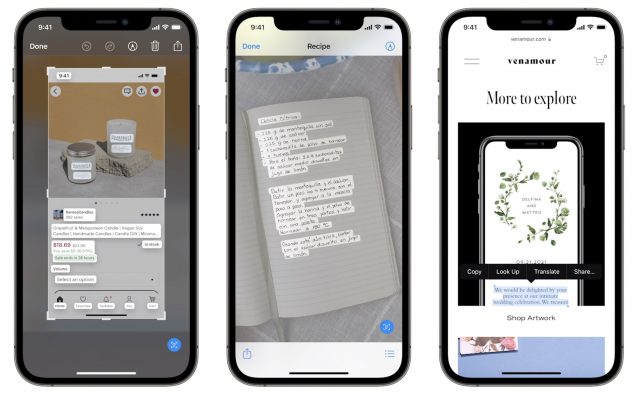 Once Apple updates the AirPods Pro with support for Conversation Boost, it might become commonplace to see senior citizens wearing their AirPods alongside high school seniors. For those who have mild hearing loss, Conversation Boost will focus the AirPods Pro microphones on the person sitting in front of you and reduce ambient noise that makes hearing their voice harder. 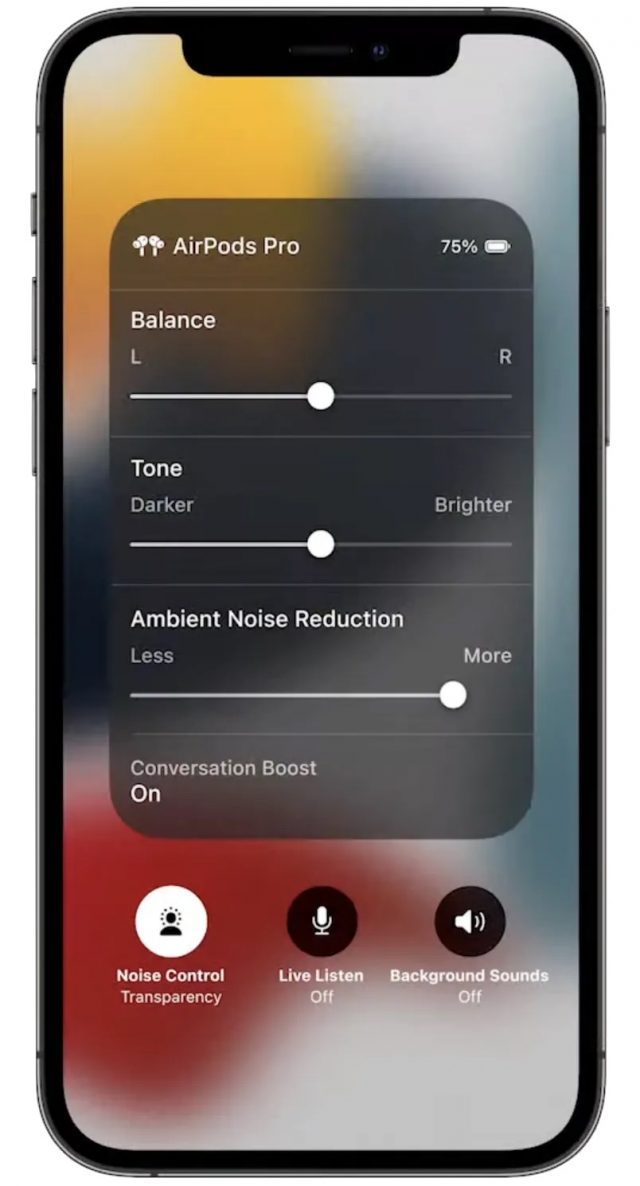 Apple already has Live Listen, which lets you use your iPhone as a microphone for any version of the AirPods to hear the conversation better; Conversation Boost seems to be an enhanced version of that technology embedded within the AirPods Pro themselves.

And to give credit where credit is due, Jeff Porten wrote about using an iPhone and headphones to work around his lousy hearing over a decade ago in “iOS Hearing Aids… or, How to Buy Superman’s Ears” (8 February 2011).

iOS 14 introduced website privacy reports in Safari and introduced App Tracking Transparency to prevent apps from sharing your information with third parties. Now Apple is taking things a step further (and undoubtedly driving Facebook even crazier) by adding elaborate App Privacy Reports to Settings. The reports will show you what system resources the app accesses, like photos or location, and with whom the apps share your data. 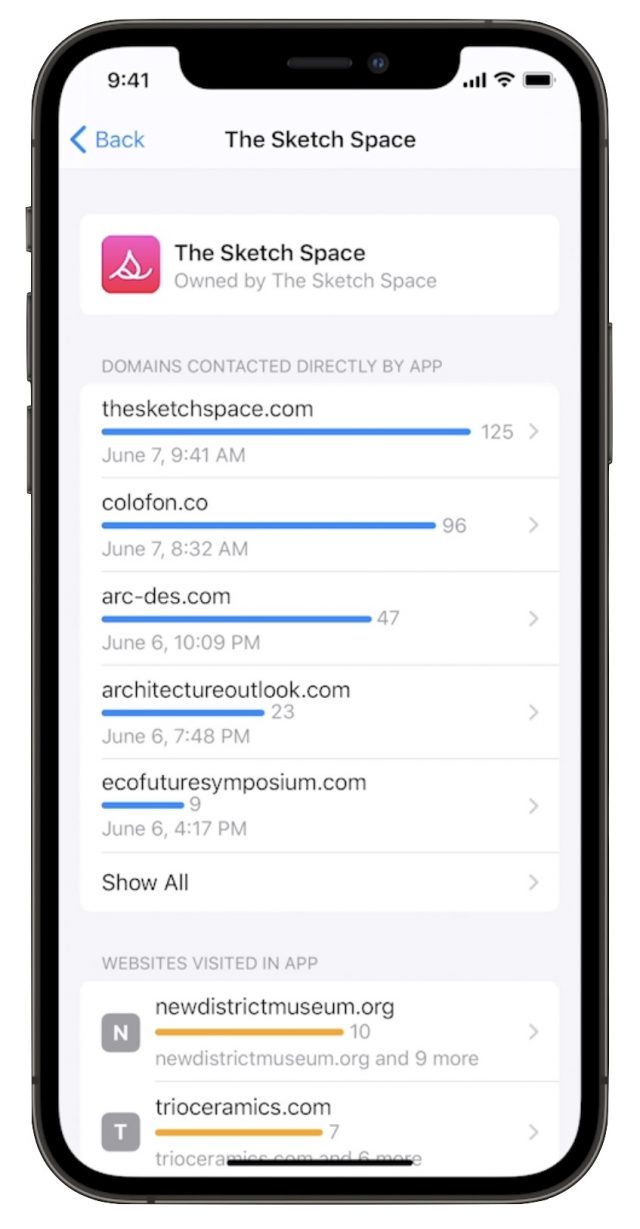 Perhaps the App Privacy Reports will tell us once and for all if the Facebook app is listening in on your conversations through your iPhone’s microphone!

As part of Apple’s iCloud+ online service, you’ll have access to a technology called Private Relay that redirects all of your Internet traffic through two encrypted relays. Apple says neither it nor any other party other than the ultimate destination will be able to see your Internet activity. As far as we can tell, Private Relay isn’t so much a virtual private network as a custom implementation of “onion routing,” popularized by Tor. It will be beneficial when you’re connected to questionable Wi-Fi access points or if you’re concerned about a nosy ISP. However, private communications can be used for evil as well as good. If the FBI wasn’t happy about Apple’s iMessage encryption, they’re going to be apoplectic about Private Relay.

Long ago, I used a utility called Teleport to share a single keyboard and mouse between two Macs (see “Tools We Use: Teleport,” 27 August 2007), and there’s a modern app called 1Keyboard that offers similar functionality across multiple devices. Apple’s getting into the game now with Universal Control, which promises to let you use a single keyboard and pointing device across multiple Macs and iPads. Apple first showed a MacBook Pro’s keyboard and trackpad taking over an iPad sitting nearby and then added an iMac to the mix, dragging a graphic from the iPad to the MacBook Pro and then over to an app on the iMac. It was pretty impressive, but the devil is in the details with such features, and we’ll see if it works as fluidly in the real world as it does in a canned demo. 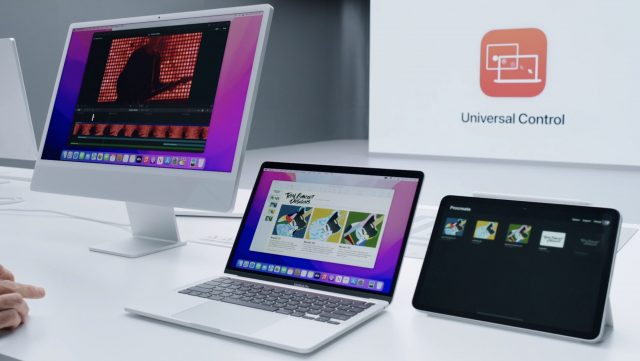 Shortcuts Migrates from iOS to the Mac

Apple has been slow to modernize the Mac’s automation tools, with AppleScript and Automator stagnating for years, particularly in the wake of automation guru Sal Soghoian leaving (see “Sal Soghoian’s Automation Legacy,” 7 June 2018). Peter Lewis’s Keyboard Maestro has long been the mainstay of automation for Mac users, and while we don’t expect that to change, we’ll have a new tool to exploit: Shortcuts. That’s right, Apple is bringing the Shortcuts app from iOS to macOS 12 Monterey.

The editor looks as though it takes advantage of large windows on the Mac, which should make it a lot easier to edit complicated shortcuts than it is on the iPhone today. You may be able to treat the Mac as an editor for iPhone shortcuts since they automatically sync across all your devices. Shortcuts will be cross-platform, with M1-based Macs running iPhone and iPad shortcuts in their native apps and Intel-based Macs sending them to Mac Catalyst apps. It’s hard to imagine that all iPhone shortcuts will work on a Mac and vice versa, but some won’t make sense on the other platforms anyway. 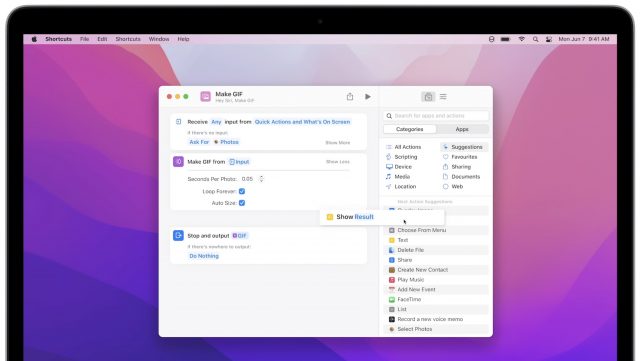 You’ll be able to convert existing Automator workflows into shortcuts, and advanced users can enable AppleScript and shell script compatibility.

Apple made much of how it redesigned the look and feel of Safari, and we’ll have to see if those changes actually improve the user experience or not. However, there was one new feature that could be welcome for those of us who are inveterate tab collectors: tab groups. If you find yourself opening a bunch of tabs as part of a research project, you can add them to a group so you can focus on them at the appropriate time. And, perhaps more to the point, that hides tabs not in the current tab group so they don’t distract you or clutter Safari’s window. Tab groups sync across all your devices so you can access them from anywhere.

The question with tab groups is if managing them requires too much effort. The entire point of tabs is that they’re somewhat ephemeral, and if you wanted to make a collection, you could always create bookmarks. Will tab groups be a welcome organizational and focus tool, or will they require more interaction than tabs are worth?

A common reason to buy an Apple Watch is as a health-monitoring device for a loved one (see “I Bought an Apple Watch as a Gift. It Turned into a Tech-Support Setup Nightmare,” 28 October 2020). However, with iOS 15 and watchOS 8, the Apple Watch becomes a better gift because your loved ones can share their health data with you, including high heart rate, irregular heart rhythm, and low heart rate alerts. This data sharing could make it easier to take care of your elderly relatives—or help them take care of you. 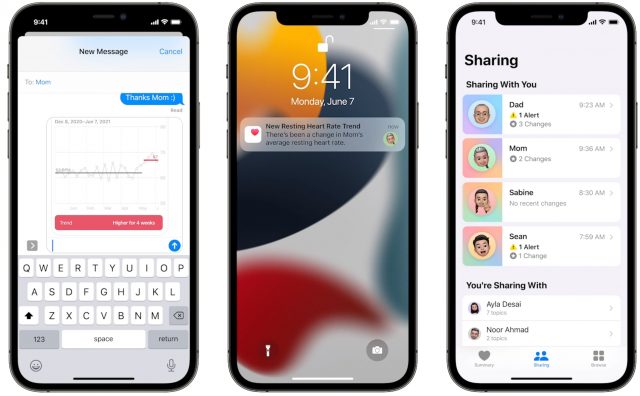