I couldn’t remember when I first installed Quicken to manage my personal and small-business finances. It seems like I’ve used it forever. But after a recent long-delayed update to the current version, Quicken Deluxe, I can now pinpoint the time: mid-1998. 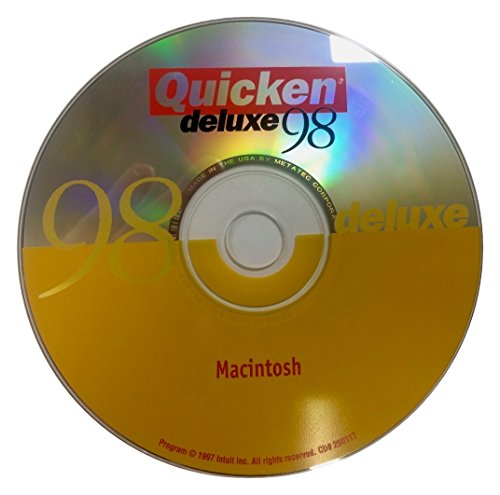 After 23 years of using older versions of Quicken, including Quicken 2007 since its paradoxical release in 2006, I’ve finally severed my cord to the past: to PowerPC and Intel processors, to outdated record formats, and to clunky manual entry of transactions. I waited so long, however, that I wasn’t forced to give up anything in the process.

When Intuit, Quicken’s original owner, released Quicken 2007 for what was then called Mac OS X, it was a major step forward for Mac users in synchronizing online accounts and producing financial reports. Quicken 2007 included and improved on several bookkeeping needs I had and still have:

But Quicken 2007 was already behind the times in 2006! Apple had already begun its transition from PowerPC to Intel chips, and Quicken 2007 had only PowerPC code in it. Intuit never released a true Intel-compatible version of its flagship software but somehow pushed out a hacked-together version that sidestepped the need for Rosetta (see “Intuit Releases Quicken Mac 2007 OS X Lion Compatible,” 8 March 2012). After years of excuses, the company released an entirely new app, Quicken Essentials, that was so stripped down as to be essentially… useless. 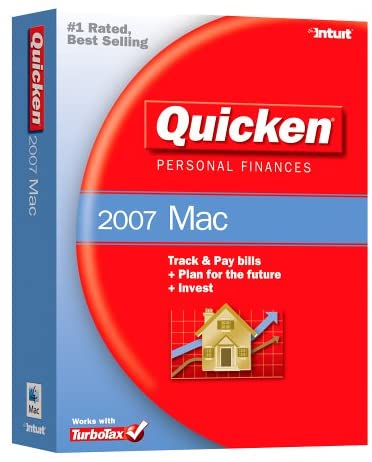 Intuit’s attempts to reimplement the full capabilities of Quicken 2007 never quite hit the mark; see “Quicken 2015: Close, But Not Yet Acceptable” (2 October 2014). I regularly updated that “2015” app version and even bought some upgrades to see if Intuit had added what I needed.

At various times from 2014 to the present, I also tried Banktivity, Mint, Moneydance, Xero, and others. None met my requirements, though many came close. Close wasn’t good enough: if I was going to shift away from a two-decade-old system, I wasn’t willing to give up functionality.

Through macOS 10.14 Mojave and the end of 32-bit apps, Quicken 2007 limped along with a surprising series of minor updates that allowed it to continue to function mostly unimpaired.

And that’s how I found myself in early 2021 with the digital equivalent of a bulging shoebox of old receipts, unsure of how to move forward in a way that would save me time and frustration. Fortunately, Quicken was a step ahead of me—and a step ahead of where I thought it was. 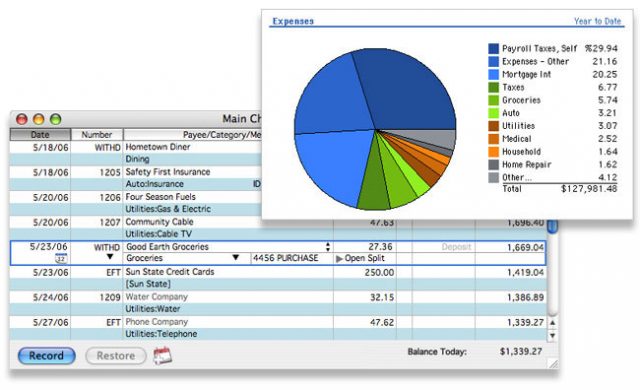 Lost in the Desert, but an Oasis Looms

I continued to run Mojave on my 2017 27-inch iMac even through the release of macOS 11 Big Sur for a few reasons. Two of those were Quicken 2007 and Mailsmith, a text-only email program I’ve used for 20 years. A third was the poor performance of the iMac’s Fusion drive, which I eventually fixed with an external SSD (see “An External SSD Gave My iMac a New Lease on Life,” 9 April 2021).

Once I added the SSD and upgraded to Big Sur, I had the performance necessary to run Mojave within a Parallels Desktop virtual machine. That let me keep Quicken 2007 and Mailsmith running while I sought replacements.

Before I settled on any, my iMac bit the dust in the most expensive way possible. A local shop traced the problem to a failed motherboard. At a cost of several hundred dollars, it made no sense to replace, so I opted to purchase an M1-based Mac mini to act as my anchored office computer. (The M1-based 24-inch iMac didn’t impress me enough, and I wanted two 27-inch monitors.)

The move to M1 left me in a crisis. How could I keep running Quicken 2007? I was in the middle of an overwhelmingly busy month, so I punted and set up a virtual Mac. I chose MacStadium, a co-location service for people who need remote Macs, which was offering a first-month discount. (There are other virtual Mac options, including some at Amazon Web Services, but none are priced for “using a single app for a few hours a month.”)

In an effort to find a new-to-me Mac for Quicken 2007, I searched eBay for a 2012-era Intel-based Mac mini that could run Mojave, was inexpensive enough to make sense to purchase, and wasn’t a total slug. I found and purchased a 2012 model with 4 GB of RAM and a 500 GB hard drive. In its stock configuration, it was terribly slow, but once I installed Mojave on an unused 256 GB USB 3.0 SSD I had on hand, it turned into a pretty zippy single-purpose Quicken 2007 appliance. After a quick configuration via a monitor, I set it to wake on network access and used exclusively via screen sharing.

To keep this Quicken 2007 appliance out of the way, I used a Humancentric Mac Mini Mount ($17.99) to attach it to the underside of my desk. (The mount has screw holes spaced for VESA mounting, so you can attach a Mac mini to the back of a monitor, too!)

After posting a photo of my hidden Mac mini, an online acquaintance said I should check out the latest Quicken Deluxe. A few years ago, Intuit sold Quicken to a private equity group, H.I.G. Capital. Instead of destroying the product, the firm breathed new life into it, seemingly by shifting to a software subscription model.

Quicken Deluxe costs $51.99 per year, but search for discounts—I paid $34.39 for my first year by clicking through a search-engine ad. There’s no free trial, but the company offers a “30-day money-back satisfaction guarantee.” I made the purchase, installed the software, tested it out quickly, and found to my chagrin that Quicken Deluxe finally had everything I needed. Sadly for all my extra effort, it may have had it as far back as 2019! I wish I had been paying more attention. 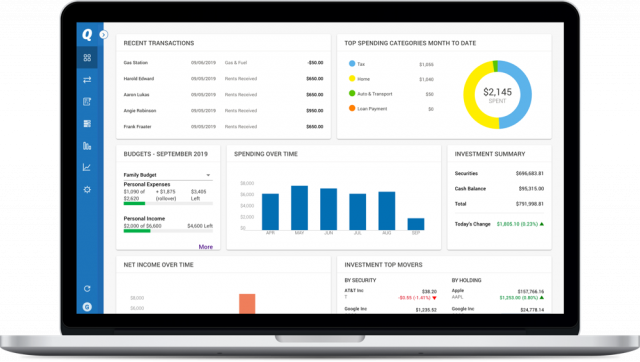 My next task was to convert my old data and bring myself up to speed on the changes.

The (Quicken) Deluxe Route to Big Sur and Beyond

First off, I wanted to import my Quicken 2007 data. I was resigned to the possibility that I wouldn’t be able to convert a 14-year-old data format with 20-plus years of data, but I held out hope that it would work. Quicken Deluxe requires a round trip through a cloud server for Quicken 2007 format conversions, which it warns you about since your data will leave your computer.

It took several failures before I sorted out what was going wrong because Quicken Deluxe’s errors didn’t help. Quicken 2007 can run on a macOS system that has an HFS+ or APFS startup volume, and its data file can be stored on either kind of filesystem. But you cannot correctly copy the Quicken Data file from an APFS volume. (It seems to use some outdated package format that relies on HFS+.)

After finding this answer online in a forum, I temporarily installed Quicken Deluxe on the 2012 Mac mini volume on which I had Quicken 2007. That let me avoid copying the data files from APFS and start the conversion.

It took about half an hour to convert and import tens of thousands of transactions, but it succeeded. In Quicken Deluxe running on my M1-based Mac mini, I can pull reports dating back to 1998, and all my accounts and categories remain intact. I lost only Quicken 2007 custom reports, which I can’t complain about when everything else came through.

The next task was setting up online synchronization of accounts. Banks, credit card companies, and other institutions had maintained support for Quicken 2007 for many years, but synchronization and export features began to fall away around 2015. I had shifted to entering transactions manually—a horrible pain, but I had no alternative.

I spent nearly two hours working through all my banking, debit, credit, investment, and retirement accounts until everything synced correctly with Quicken Deluxe. The app offers a few ways to set up synchronization; I started with Quicken Connect (also known as Express Web Connect), which uses a secured login. This worked in all cases. Another option, Direct Connect, may require paying a financial institution a monthly fee, but then you can use Quicken Deluxe for direct bill paying, too.

Of all these accounts, only a Citi credit card failed to match existing transactions and duplicated the last year’s worth of downloads. This was an easy problem to fix because Quicken Deluxe tags the source of transactions in a column that can be sorted—downloaded ones use a little green ball. I was thus able to delete those duplicate downloads quickly. I had a few other tweaks to make in other accounts, where I used Quicken 2007’s split function to break up one transaction into multiple categories or transfers that the downloaded financial data didn’t match, but it was quick to resolve.

One bump I hit applies to any transaction-tracking app that performs these syncs. Some institutions require a two-factor authentication code every time you sync rather than occasionally or after you validate a particular computer or network. I had three accounts in that category: PayPal (separate personal and business accounts) and a Bank of America credit card. Quicken Deluxe handles this modally, so it’s a tedious process. The app tries to log in, recognizes it needs a code, asks you for the code, you enter the code, it validates it, repeat, repeat. Because it’s modal, it winds up stealing a minute or more. To avoid this wasted time, I disabled automatic sync on these three accounts because they have relatively little activity and it’s easy enough to trigger them to sync manually.

Finally, I began to re-create my needed reports. Quicken Deluxe has a lot of reporting power—much more than Quicken 2007, unsurprisingly—but the developers could improve a few aspects. Tweaking certain settings renames the report, which is generally unwelcome. And performing an operation across the most recent year’s worth of transactions—several hundred in my case—takes far too long for something that’s clearly database-driven. I should have to wait seconds, not a minute, particularly when I’m configuring a report and every change incurs the same computational churn time.

But it was all worth it. Just two weeks into using Quicken Deluxe, I’ve already saved a couple of hours keeping up to date. Over the course of a year, I’m somewhat embarrassed to admit, I might save a cumulative 40 to 80 hours. The Quicken 2007 time hit was particularly severe for quarterly and annual local tax filings and assembling material for our accountant for federal taxes. Quicken Deluxe’s better reporting will let me pull a precise report instead of multiple reports I had to consolidate through a spreadsheet.

Will the roughly $50 I pay every year for the rest of my Quicken-using life—plus regular bumps up in that price—be worth it? Absolutely—saving even an hour or two a year would. Saving a week or two of time I could spend earning money? Sign me up! Oh wait, I already am.

Now if only someone wanted a 2012 Mac mini suitable for under-desk mounting. I’ll even throw in the external SSD!