As the world wheezes its way into the third year of the global pandemic, Apple has remained healthy. Reporting on its fiscal Q1 2022 financial results, Apple announced profits of $34.6 billion ($2.10 per diluted share) on record-breaking revenues of $123.9 billion. The company’s revenues were up 11% compared to the year-ago quarter, with profits up over 20% (see “Apple Weathers the Storm to Shatter Records in Q1 2021,” 27 January 2021).

Not all was sunshine and rainbows: iPad sales revenues were down 14.1% from last year’s results, and revenues in Japan also fell by 14.2% compared to last year. Nonetheless, revenues from every other geographic segment rose, and Apple posted all-time revenue records for its iPhone, Mac, Wearables, and Services categories. Here’s how things broke down by category. 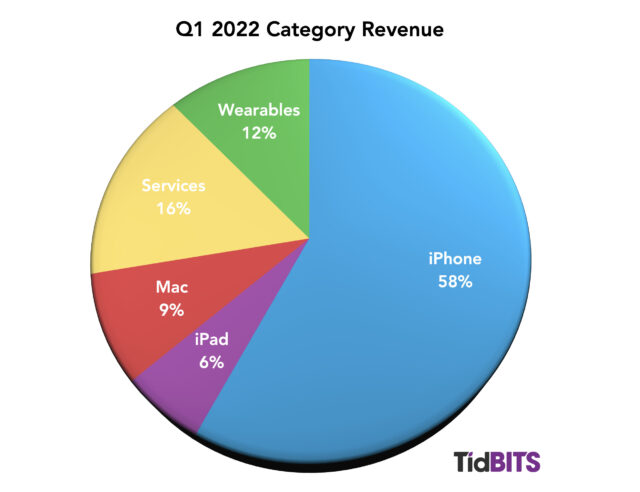 As to why iPad sales slumped compared to Apple’s otherwise stellar results, the company repeatedly blamed supply constraints in “legacy nodes,” whatever those are. Apple CEO Tim Cook noted that the problem was not largely due to shared components with other devices—Apple wasn’t prioritizing iPhones over iPads—but he didn’t elaborate. In any case, Apple expects that supply constraints should ease somewhat in the current quarter. 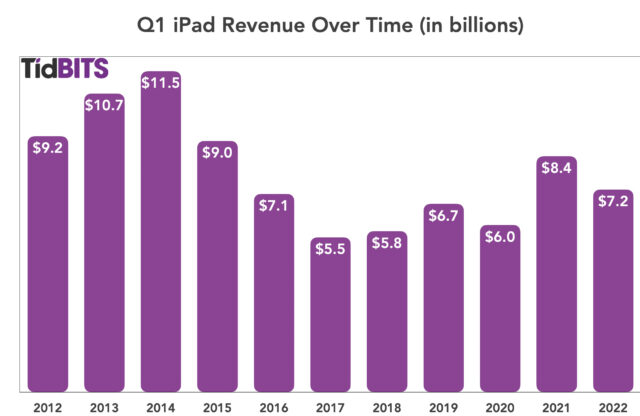 Otherwise, Apple’s sales were tremendous. iPhone revenue was up 9.2% year-over-year, raking in $71.6 billion. Single-digit growth is fairly low for the iPhone, but Apple barely missed double-digits. Cook and CFO Luca Maestri blamed supply chain issues for the iPhone revenues not being higher, with Cook noting that demand for iPhones was very strong. 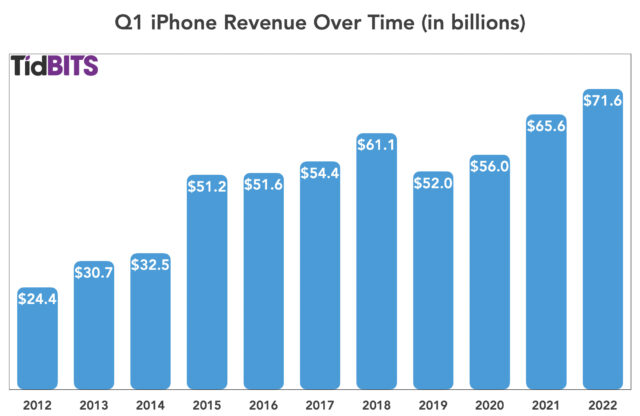 The Mac saw an astonishing 25.1% increase in revenue growth—apparently, it’s less susceptible to those nasty legacy node supply constraints—topping off what Apple called the Mac’s six best quarters ever. In fact, this quarter was the first ever in which Mac sales exceeded $10 billion. Cook attributed much of this success to the new M1-based Macs. 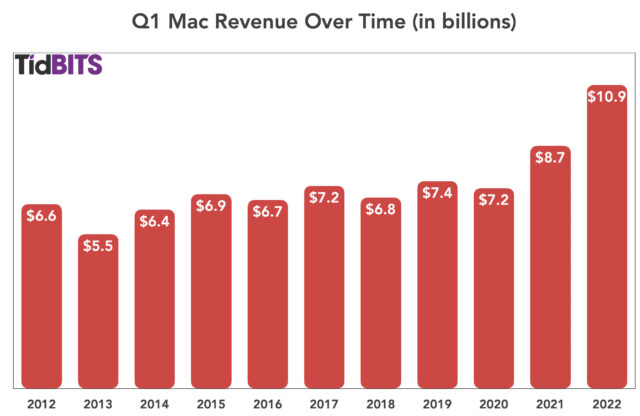 Apple’s Services sector continues to be one of the fastest-growing, seeing a 23.8% revenue increase year over year and bringing in $19.5 billion. Active subscriptions (which provide a steady revenue stream) reached 785 million. 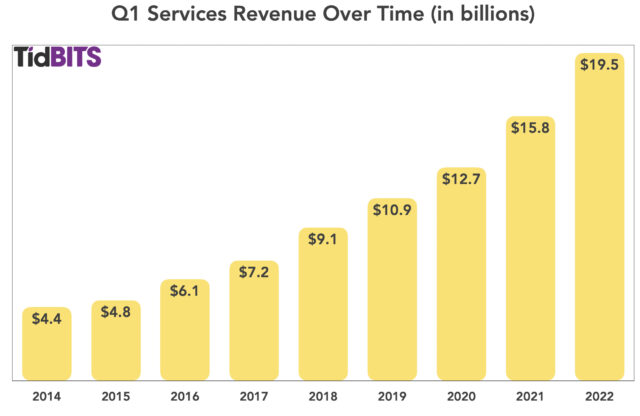 Apple likewise saw strong growth in Wearables, with a 13.3% increase over the year-ago quarter. Apple said that two-thirds of Apple Watch purchasers last quarter were new to the Apple Watch. 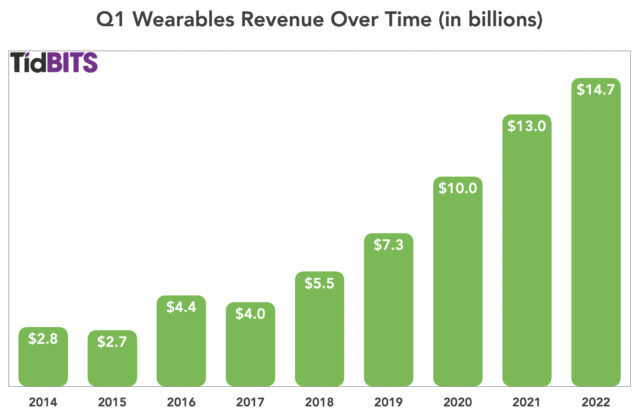 Aside from the revenue decline in Japan, which was likely due to the Japanese economy struggling throughout 2021, Apple continued to see growth in every other geographical segment. Greater China, in particular, brought in 21% more revenue than it did last year. Cook noted that the percentage of switchers to iPhone in Greater China had reached double-digits even in the face of a strong market for domestic devices. 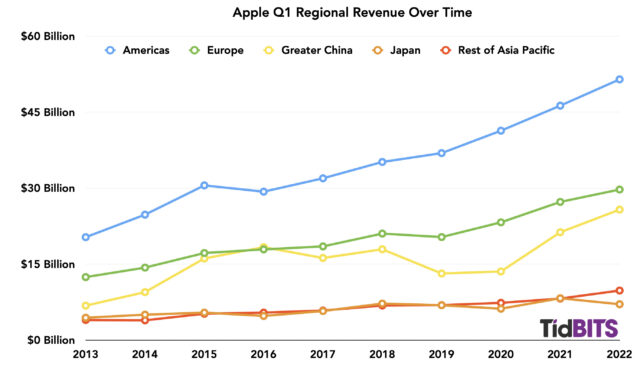 Overall, Q1 2022 was yet another incredibly strong quarter for Apple, and it’s particularly gratifying to see the Mac on such a prolonged upswing. That’s a testament to the attractiveness of M1-based Macs, and with professional-level desktop models like the iMac and Mac Pro hopefully making the jump to Apple silicon this year, Mac revenues should remain strong. Supply constraints are clearly Apple’s top concern, but the fact that all product categories other than iPad managed significant growth despite shortages suggests that the company is largely doing a good job of managing those constraints.