Our friend Jason Snell has once again released his annual Six Colors Report Card, polling 53 Apple-adjacent professionals on the company’s performance, including many of us here at TidBITS. Overall scores were quite high, led by the Mac, hardware reliability, iPhone, and Wearables categories—the new MacBook Pro received especially glowing comments. Conversely, the developer relations and HomeKit categories were low last year and dropped even further this year. 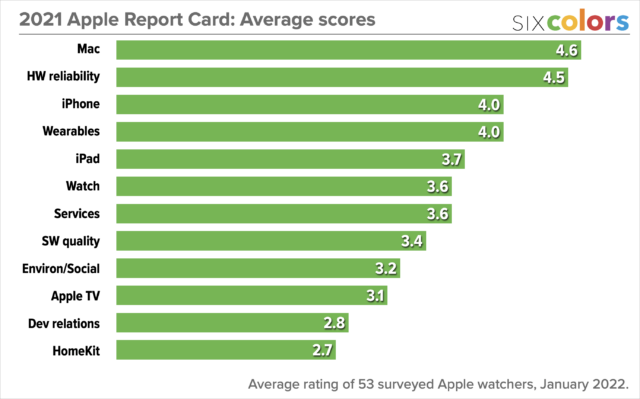 Curiously, other than a big jump in the Apple TV category (from an already low point, and entirely due to the new Siri Remote), every other category was either flat or saw a slight decline from last year. As always, the full report is well worth reading, particularly for the pithy quotes from your favorite Apple pundits. 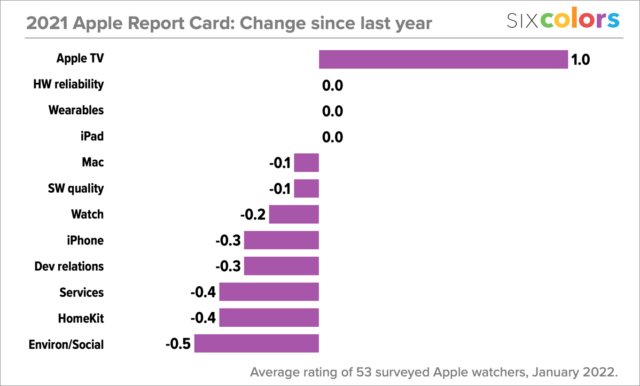 Comments About Apple in 2021: The Six Colors Report Card