Apple has announced financial results for the second fiscal quarter of 2022, and to engage in some understatement, they aren’t too shabby: profits of $25 billion ($1.52 per diluted share) on revenues of $97.3 billion. The company’s revenues were up 9% compared to the year-ago quarter, with profits up by more than 5% (see Apple’s Jaw Dropping Q2 2021 By The Numbers, 28 April 2021). 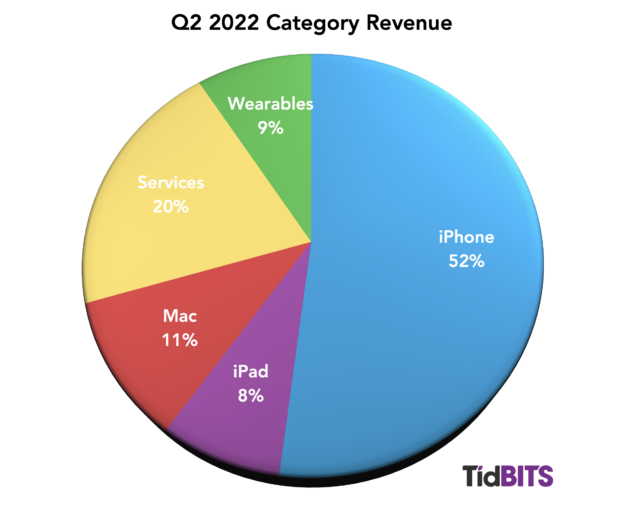 The iPhone continues to dominate Apple’s revenue chart, making up 52% of Apple’s sales in Q2. Although iPhones produced only a modest year-over-year revenue increase of 5.5%, they still achieved a Q2 revenue record, bringing in $50.6 billion. “We could not be happier with the iPhone 13 products,” CEO Tim Cook said. 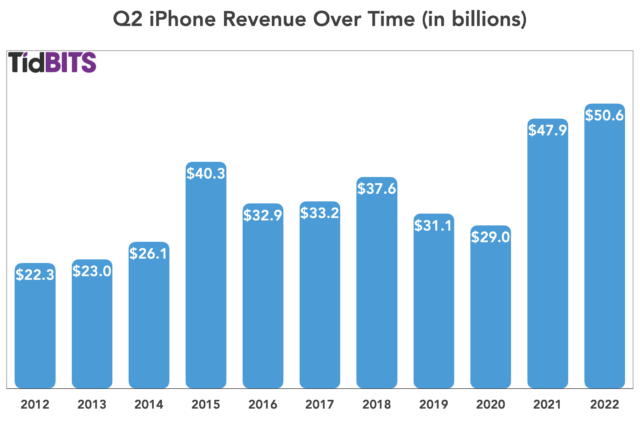 In contrast, the iPad slipped a bit, with iPad revenue down 2.2% year over year, bringing in $7.6 billion. In his remarks during the earnings conference call, Cook implied that these were strong results considering the supply chain constraints that affected iPad production. 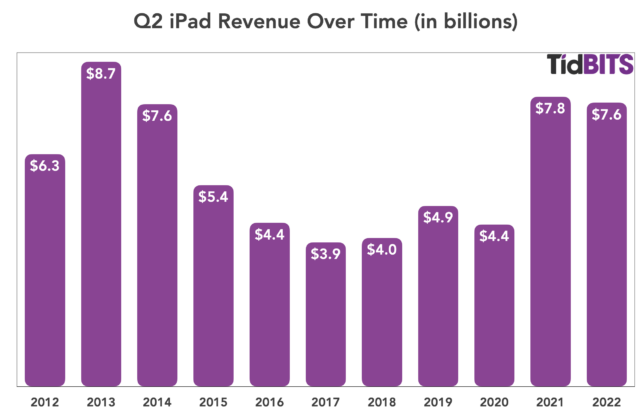 The Mac had an especially impressive quarter—a Q2 record—thanks to the popularity of the new Apple silicon models. Mac revenue shot up 14.6% over the year-ago quarter, pulling in $10.4 billion. CFO Luca Maestri said each of the past seven quarters has hit an all-time high for the Mac. 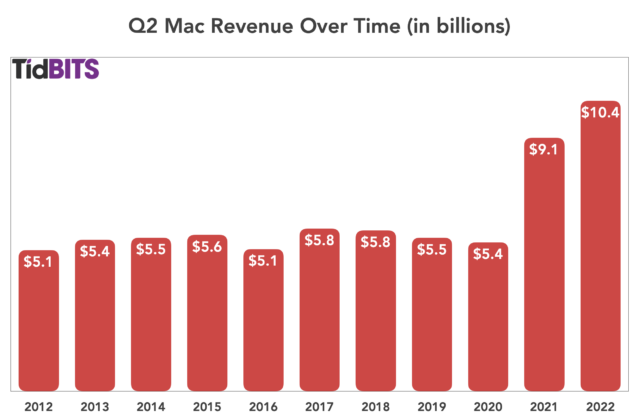 Services revenue continues to skyrocket, up 17.3% year over year to the tune of $19.8 billion—a Services revenue record. Cook highlighted the Apple TV+ movie Coda winning Best Picture at the Oscars and the addition of Friday Night Baseball to Apple TV+’s entertainment offerings. Maestri said Services growth was partly due to all-time-high installed bases for every Apple device category. 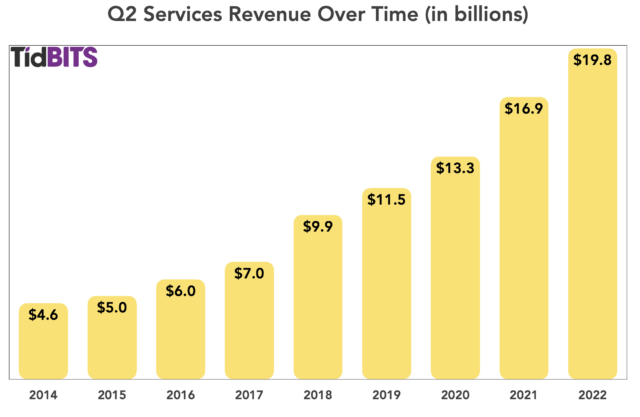 The Wearables category continues to be a strong revenue generator, showing 12.4% growth over the previous year’s quarter and drawing in $8.8 billion, another Q2 record. Maestri mentioned that two-thirds of Apple Watch buyers during the quarter had never owned one before. 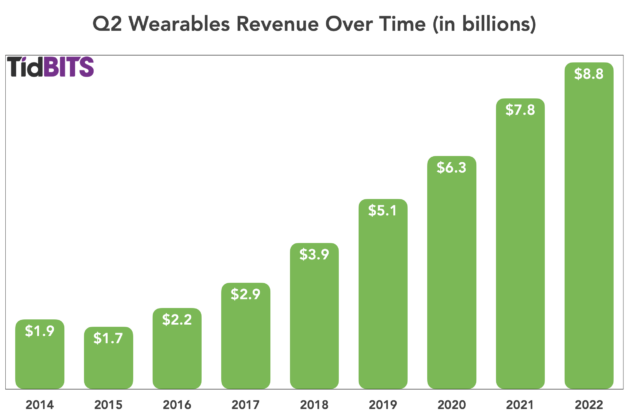 Regionally, the Americas were the big winners for Apple during the quarter, with year-over-year revenues up 16% to $40.9 billion. The run of good fortune crossed the Atlantic, with Europe reporting a 4.4% revenue increase to reach $23.3 billion, while across the Pacific, the ever-important Greater China region, although troubled with renewed pandemic problems, still managed a 3% revenue increase to set an all-time Q2 revenue record of $18.3 billion. On the other hand, Japanese revenues were flat compared to last year’s results, and the rest of the Asia Pacific region saw revenue decline by 7%. 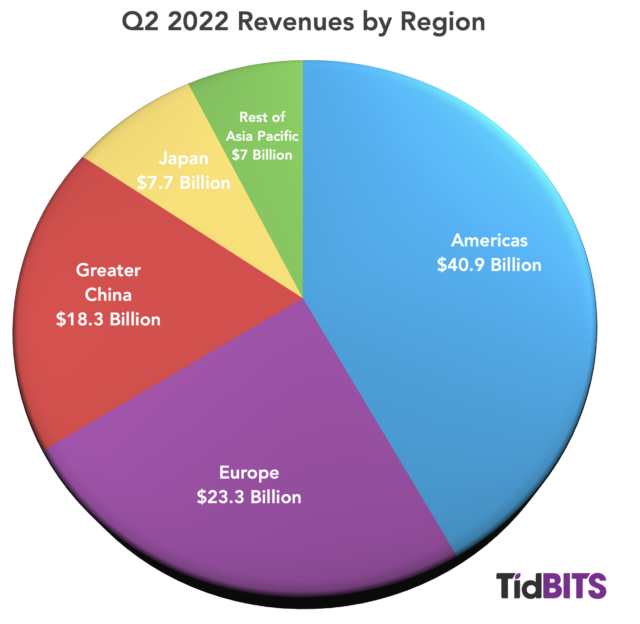 As for the investor call itself, nearly every question was about inflation or the supply chain. Maestri pointed out Apple’s good fortune in having a burgeoning Services business that is not hampered by lockdowns in Shanghai or freight congestion. An unusually dour-sounding Cook said he was looking forward to “a better day.”

Cook admitted that, yes, Apple had seen inflation, and given all of the supply chain challenges, Apple had done a good job. Considering how many new products Apple has shipped since the beginning of the COVID-19 pandemic, including a processor migration for the Mac, he was justified in that bit of self-congratulation.

In less troubling times, Apple’s Q2 results would still be stellar, but in such a wobbly world, Apple’s solid fiscal and operational performance offers both investors and customers an encouraging example of competence and optimism. Society at large could use more of both.