I love cookbooks. I’m a sucker for paging through them and trying to imagine how difficult recipes will be and what they will taste like. Some authors, like J. Kenji López-Alt and Deb Perelman, are tremendously amusing, and cookbooks often have luscious photos that are always prettier than what I end up plating.

But my no-longer-secret shame is that after an early infatuation with a cookbook, it often ends up on my shelf, brought down only occasionally for a handful of recipes. Sometimes those favorites are marked with sticky tabs or bookmarks; more frequently, I resort to the index. Much as I approve of the Eat Your Books searchable recipe index site, I never managed to work it into my habits (see “Use the Web to Cook Your Books,” 17 March 2022), so I often have to flip through a cookbook to find the one recipe I make repeatedly.

A few years ago, when Tristan was starting to cook on his own in college and asking for recipes for the foods he had grown up eating, we went all in on Paprika, a brilliant recipe app available for the iPhone, iPad, and Mac, along with Android and Windows (for our original coverage, see “FunBITS: Paprika Recipe Manager for iPhone, iPad, and Mac,” 14 March 2014). I can’t remember if there was a bundle deal then or not—the apps are now sold separately—but it’s a perfect use of Family Sharing since Tonya, Tristan, and I can all now access our family recipes from whatever device we have handy.

The hurdle with Paprika—and any digital alternative to analog cookbooks—is importing recipes. It does a solid job of importing recipes from websites using the systemwide sharing extension or while viewing a site within Paprika’s built-in Web browser. But most cookbooks don’t have companion websites, and even cooking magazines like Cook’s Illustrated often charge an annoying extra fee for digital access to the recipes you can read on paper.

My initial method of speeding up the process of transferring a recipe from a cookbook or magazine to Paprika was to use Voice Control’s dictation, which is still more capable than the improved dictation available in the iOS/iPadOS 16 keyboard (see “How iOS and macOS Dictation Can Learn from Voice Control’s Dictation,” 31 August 2020). It’s easy to read a recipe clearly enough to get a good transcription, although you must be careful to speak punctuation marks and line breaks. Between Web imports and dictated recipes, we now have over 200 favorites in Paprika, but I still frequently need to find recipes in our cookbooks.

With the rise of AI-driven image scanning, I recently wondered if Paprika would let me take a picture of a recipe, do OCR on the text, and recognize the layout to split out the description, ingredients, directions, and notes. Alas, the answer turns out to be no, and although such a feature does exist in other recipe apps, including CookBook, the reader-recommended Mela, and Recipe Keeper, I don’t want to switch away from Paprika just for that feature.

However, once I was thinking along the lines of scanning, I realized that the Live Text feature Apple introduced in iOS 15 can insert text detected in the camera viewfinder. Although Live Text is unquestionably cool, I hadn’t found any meaningful use for it until now. With Paprika, though, importing a recipe from a cookbook takes just a few minutes, far less time than dictating it.

Here’s how I used Live Text to scan the “Marinated Kale Salad with Chickpeas and Sumac Onions” recipe from J. Kenji López-Alt’s The Food Lab, complete with some handwritten notes. 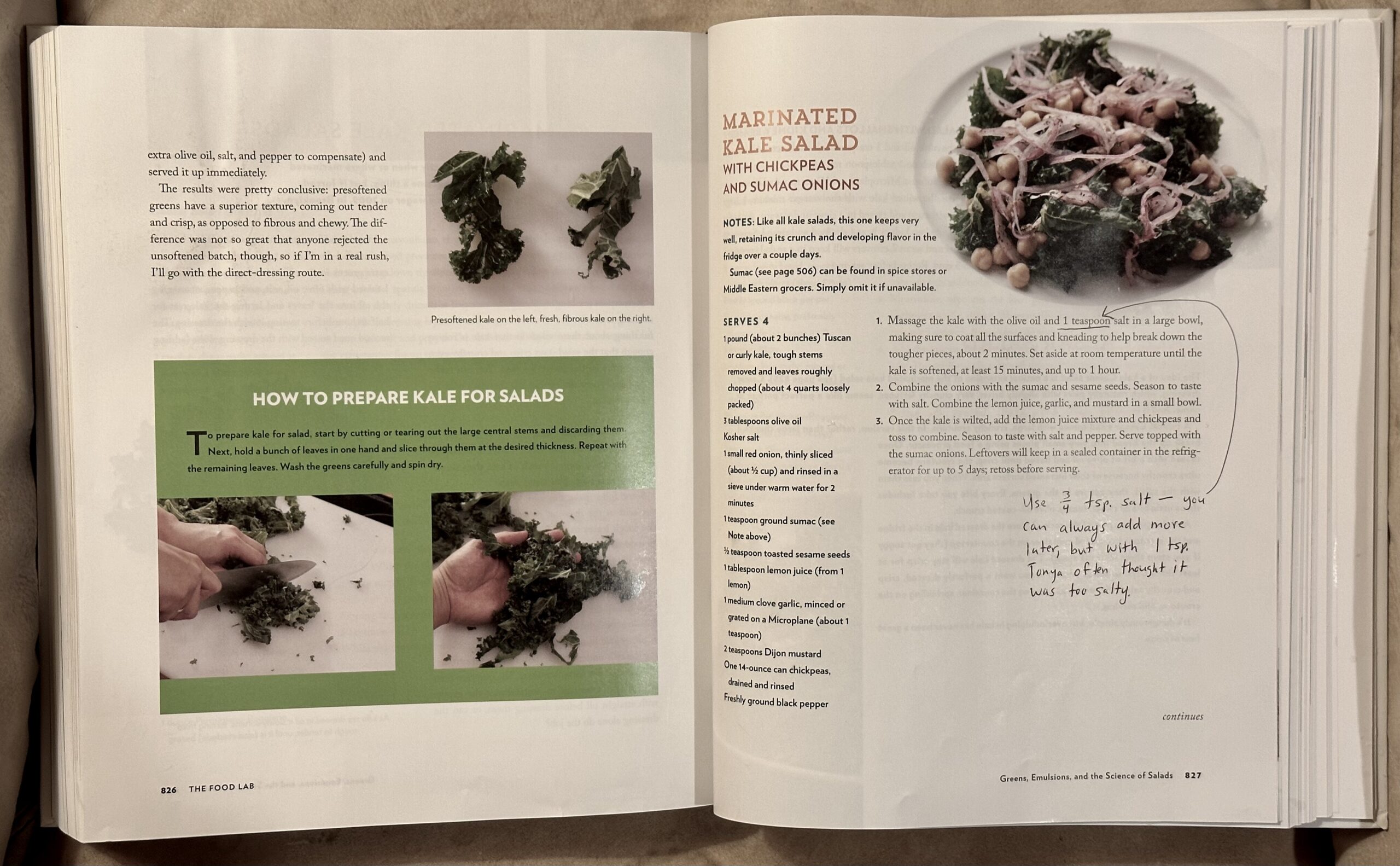 Start by creating a new recipe in Paprika. Then follow these steps, which you can see illustrated in the screenshots below:

A few comments and tips prompted by the screenshots:

Obviously, all that’s special about scanning recipe text is that many people have large collections of recipes on paper. Live Text will work its magic on any analog text you wish to digitize, whether into a dedicated app like Paprika or any app that accepts text input.

How have you leveraged Live Text for scanning text?

Comments About Use Live Text to Digitize Your Cookbooks