Continuing the surprise announcements for the week (see “New Mac mini and MacBook Pro Models Powered by M2 Pro and M2 Max,” 18 January 2023), Apple threw back the curtains on a product few people expected—the second-generation HomePod. The new full-size HomePod supports spatial audio with Dolby Atmos for music and video, includes temperature and humidity monitoring, and promises an upcoming Sound Recognition feature for later this year. It comes in white and midnight (which replaces space gray in a distinction with little difference).

Users will be able to leverage the new temperature/humidity sensor in the Home app to create automations that close blinds or control fans automatically based on the ambient environment. Apparently, this capability is also being enabled on the HomePod mini, perhaps in an upcoming HomePod Software update. Other HomeKit-compatible products already provide such sensors, but having the capability built into the HomePod should encourage more people to dabble with smart home automation. The updated HomePod also supports Matter (see “Matter Is Here, but Does It Matter Right Now?,” 4 November 2022).

More interesting is the new Sound Recognition feature. It enables the HomePod to listen for smoke and carbon monoxide alarms and send a notification to the user’s iPhone when the sound is detected. The feature is a focused use of what’s in iOS in Settings > Accessibility > Sound Recognition, which can recognize various sounds and alert the user. However, Apple says it won’t be available until a software update that arrives “this spring.” It will also require the new Home architecture, which Apple released with iOS 16.2 and promptly pulled a few days later (see “Apple Releases iOS 16.2, iPadOS 16.2, macOS 13.1 Ventura, watchOS 9.2, and tvOS 16.2,” 13 December 2022). 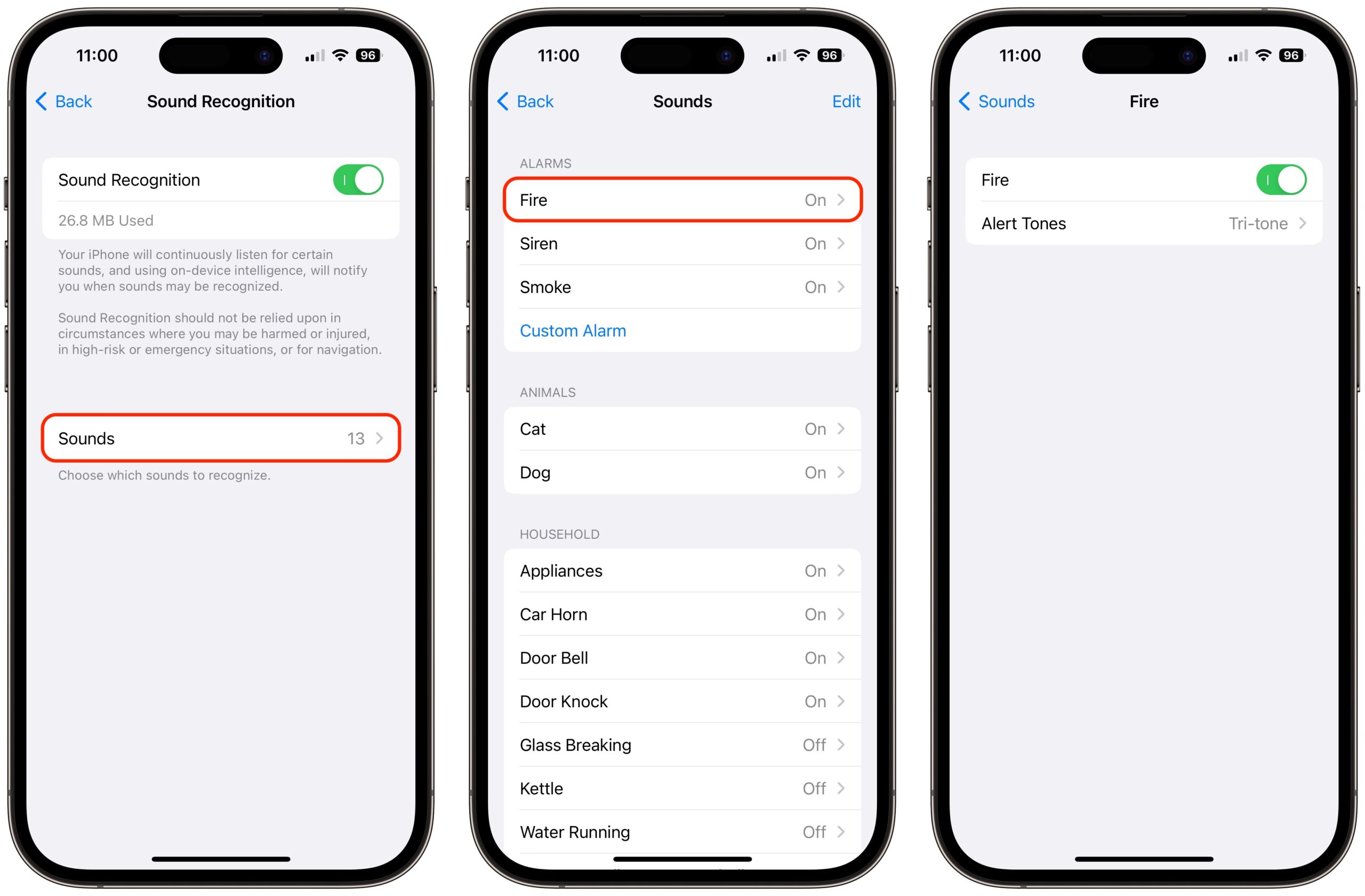 You can still configure two HomePods to create a stereo pair, but note that the feature requires two HomePods of the same model. So you can’t pair an original HomePod with a second-generation model or mix a HomePod mini with either.

The second-generation HomePod is available to order now for $299, the same price as the original HomePod, and will ship starting 3 February 2023.

After years of disappointing sales, Apple dropped the original HomePod from the lineup in 2021—see “Apple Discontinues Original HomePod, Focuses on HomePod mini” (15 March 2021). As I wrote in that article:

Although the HomePod was a tremendous feat of engineering and delivered excellent sound, it wasn’t price-competitive with smart speakers from Amazon and Google at either its original price of $349 or the $299 to which Apple later dropped it.

So why did Apple bring back the full-size HomePod, and why now? A close comparison of the specs shows that Apple trimmed the parts list for the second-generation HomePod to lower the cost of production and increase the profit margin. While retaining a very similar industrial design (it’s 4 mm shorter and 200 g lighter), the second-generation HomePod has the following:

There are other differences as well, though it’s hard to know whether they reflect less expensive parts or are merely different ways of describing similar capabilities. For instance, the first-generation HomePod has a “high-excursion woofer with custom amplifier,” while the second-generation model advertises only a “4-inch high-excursion woofer.” Similarly, each original horn-loaded tweeter (I can’t express how much I enjoy visualizing the phrase “horn-loaded tweeter”) had its own “custom amplifier,” whereas each of the new ones has a “neodymium magnet.” Cheaper? Better? More jargony? If you’re an audio engineer, please speculate in the comments.

Apple says the second-generation HomePod is powered by the S7 chip, likely backed up by a U1 chip for Ultra Wideband support (for tapping a U1-equipped iPhone to the top of the HomePod to transfer audio). The original HomePod had an A8 chip (see “HomePod Arrives February 9th, Multi-Room Audio to Follow Later in 2018,” 23 January 2018), whereas the cheaper HomePod mini relies on the S5 and U1 chips (see “Apple Introduces $99 HomePod mini,” 13 October 2020). I suspect that the S7, which powers the Apple Watch, is far less expensive than the A8 was back in 2018. It’s also the reason for dropping from 802.11ac to 802.11n—the latter is all that’s supported by the S7 chip.

My guess is that Apple found that it could leverage the computational power of the S7 to provide the same level of sound quality and Siri responsiveness even with less hardware. Given the kind of scale that Apple can bring to manufacturing, the company presumably was able to make this new HomePod sufficiently profitable to warrant bringing it back. Of course, the question is if the new HomePod’s quality and performance are as good as the original’s—I’m sure we’ll get comparisons soon.

But late last year, news reports revealed that Amazon’s hardware team was on pace to lose $10 billion in 2022. Although the Echo speakers were among the best-selling devices on Amazon, most were sold at cost. That’s better than losing money on each sale but making up for it in volume, but not a lot. So Apple’s willingness to charge a price that reflected its costs was probably more sensible, if not effective for garnering market share.