Reporting on its second-quarter 2020 financial results in the midst of the continuing pandemic, Apple announced net profits of $11.25 billion ($2.55 per diluted share) on revenues of $58.3 billion. The company’s revenues were up 1% compared to the year-ago quarter with profits up by 4% (see “iPhone Sales Kept Sinking in Apple’s Q2 2019,” 30 April 2019).

Apple CEO Tim Cook said, “Despite COVID-19’s unprecedented global impact, we’re proud to report that Apple grew for the quarter, driven by an all-time record in Services and a quarterly record for Wearables.” Apple did indeed have a challenging quarter in the face of the COVID-19 pandemic, which caused the company to shut down operations in China for a time, followed by shuttering all Apple Stores outside of China. 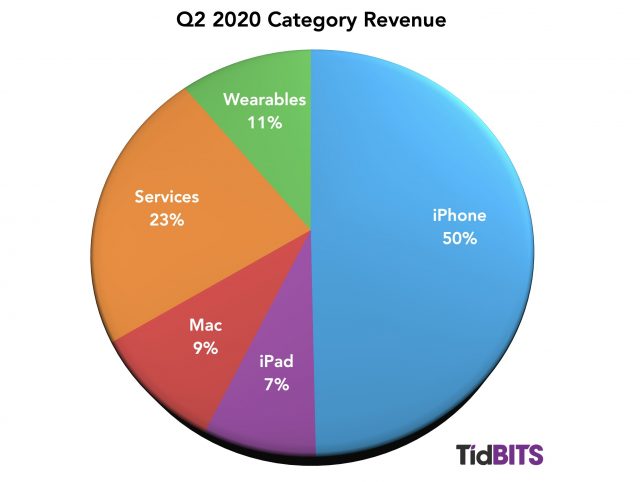 Surprisingly, Apple’s regional revenues weren’t off dramatically from the year-ago quarter. Apple brought in $9.5 billion from Greater China, a decline of only about 7% despite the effect of the pandemic there. The Americas and Japan were also down slightly, while sales in Europe and the Rest of Asia Pacific were up slightly. 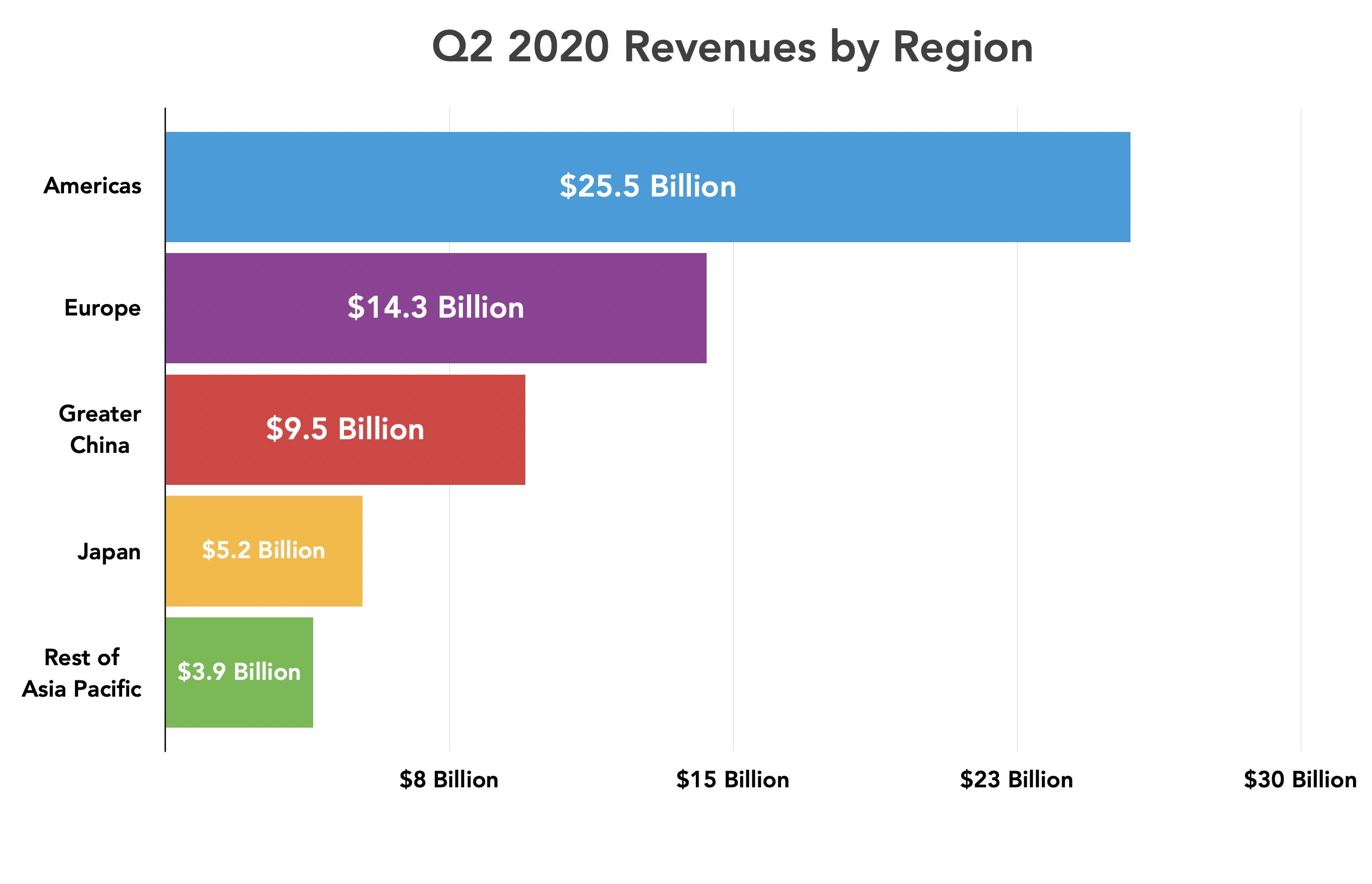 The pandemic has caused Apple to make a few unusual moves following Q2 2020. For example, the company is not offering forward guidance for the next quarter, in line with what many other companies are doing in this unusual period. Apple is also increasing its shareholder dividend to $0.82 per share, a 6% increase.

Amazingly, despite the specter of COVID-19, Apple’s Wearables, Home, and Accessories category still managed strong growth of 22.5% year-over-year, an increase from $5.1 billion to $6.3 billion. 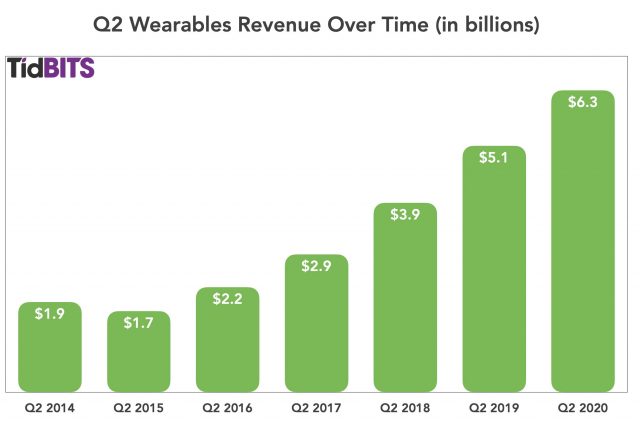 Services also posted a strong showing, though not as much as in some previous years. The category increased from $11.5 billion to $13.3 billion, a 16.6% year-over-year increase. Apple still expects the Services business to reach double its 2016 size. 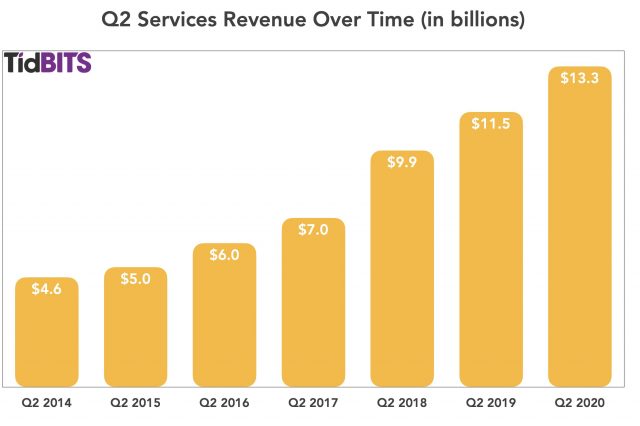 However, the picture beyond those categories is bleaker.

The iPad was hit the hardest, down 10.3% year-over-year, a decrease from $4.9 billion in Q2 2019 to $4.4 billion in Q2 2020, although it should be noted that the sales of the latest iPad Pro and accessories came too late in the quarter to influence these figures. However, Cook did say in response to a question during the call that the response to the new iPad Pro has been “incredibly good.” In addition, the deployment of large numbers of iPads to schools, both domestically and internationally, to support the move to remote learning in the face of school closings, took place too late to have a significant effect on the quarterly results. 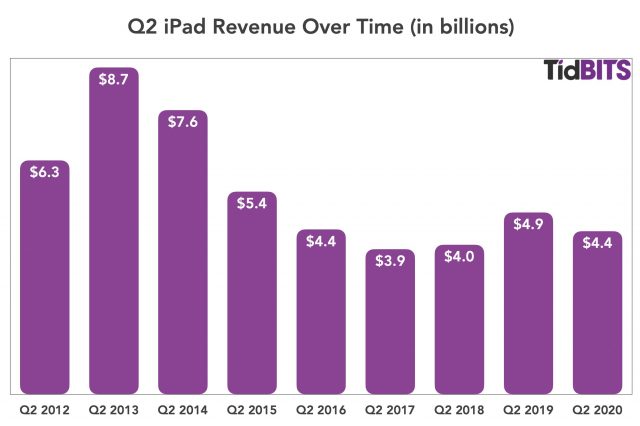 The iPhone was also hit hard, declining from $31 billion to $29 billion year over year, a decrease of 6.7%. Note that the impact of the second-generation iPhone SE will fall in Q3 instead of Q2, since Apple’s Q2 ended in March (“Large Size of Apple’s New Low-Cost iPhone SE Disappoints,” 15 April 2020). Part of the sales decline results from the loss of sales opportunities in China, where pandemic-imposed lockdowns closed Apple retail stores earlier than in the rest of the world. 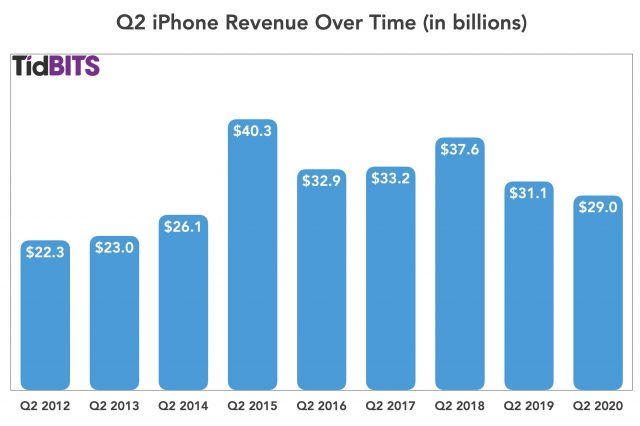 The Mac saw the smallest decline of 2.9%, down to $5.3 billion from $5.5 billion in the year-ago quarter. As with the iPad Pro release in March, the new MacBook Air came out too late in the quarter to have a significant effect on the financial results. Still, the Mac increased market share in all geographic regions during the quarter. 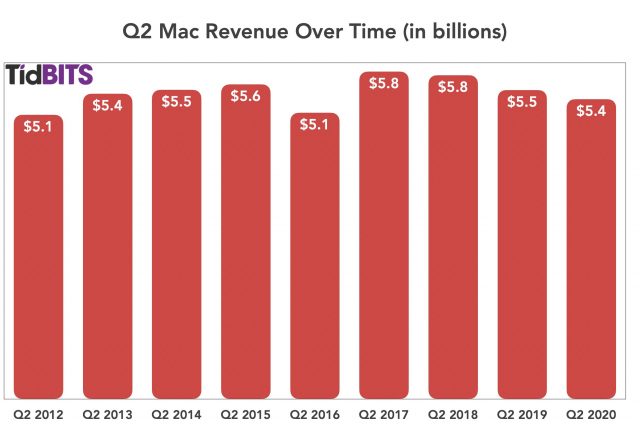 Despite a pandemic and what some are calling the worst economy in history, Apple’s position is by no means dire. Cook remarked during the call, “It may not have been the quarter it could have been…but I’ve never been prouder” [of the performance of the company and its employees]. And amidst the uncertainty, it’s helpful to note that Apple still has $192.8 billion in cash: something for which the company used to be roundly mocked now seems preternaturally wise. Contrast Apple’s cash-heavy position with other companies that blew record profits on stock buybacks and are now asking taxpayers for bailouts.

Although Apple’s numbers were surprisingly good during an uncertain quarter, the company will undoubtedly experience ramifications from the pandemic lockdowns and economic slowdown in coming quarters. Releasing new products like the iPhone SE, iPad Pro, MacBook Air, and MacBook Pro will undoubtedly help buoy future financial results, but it seems inevitable that Apple will suffer along with other businesses.