Howard Oakley at the Eclectic Light Company points out that macOS 12 Monterey’s version of Disk Utility now supports viewing and managing APFS snapshots. APFS snapshots provide rolling copies of a drive’s state so you can easily restore in case something goes horribly wrong (see “What APFS Does for You, and What You Can Do with APFS,” 23 July 2018). Those snapshots are handy but haven’t been easy to work with in previous versions of macOS (see “How to Work with and Restore APFS Snapshots,” 9 May 2019). With Disk Utility in Monterey, you can mount a snapshot like an external drive and copy data from it, or even delete previous snapshots to save disk space. Oakley also points out some new command-line options for working with APFS snapshots. 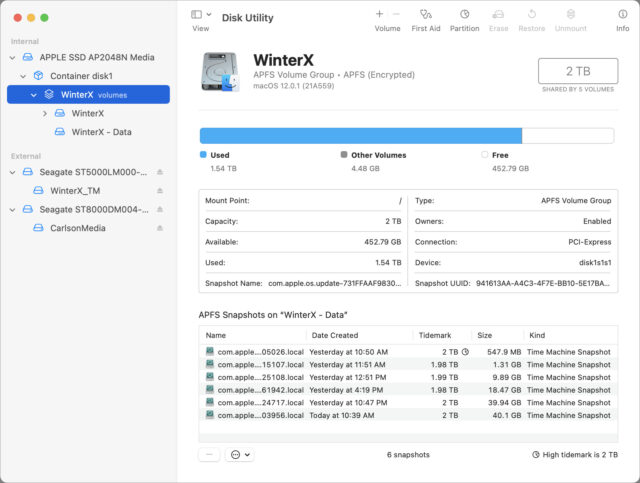