Today’s WWDC keynote was a wide-ranging affair, with Apple announcing a few features, like significant Lock screen customizations, Stage Manager, and Passkeys, that will require additional time and testing even to describe, much less evaluate. And then there were other features for iOS 16, iPadOS 16, and macOS 13 Ventura that left us scratching our heads—more on those soon. But Tim Cook and company kept things grounded by unveiling some long-requested features that made us exclaim, “Finally!” We’ve counted ten. Are there others that made you say, “It’s about time!”?

All these features are available to developers now, and Apple will be releasing public betas in July. We can expect the final releases in September or October.

Weather App for iPad and Mac

Do you need anything beyond the subhead? Since the iPad’s release in 2010, users have puzzled over the lack of a Weather app, which has been a standard on the iPhone since the original model. When Apple redesigned Weather last year for iOS 15, it seemed like the company would finally bring the Weather app to the iPad. Except it didn’t, which was even more puzzling since iPadOS 15 featured a weather widget that linked to the Weather Channel’s website.

Apple is finally changing that with iPadOS 16, and it’s bringing the Weather app to the Mac with macOS 13 Ventura as well! At long last, one of Apple’s long-standing incongruities has finally been put to rest. 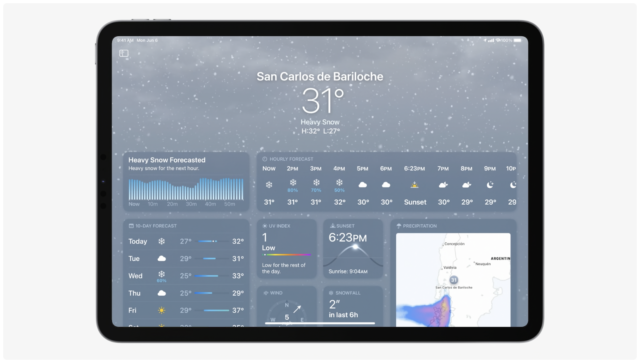 For years, Google Maps has let you plot out a route with multiple stops. This is especially handy for long, complex road trips where you might have to detour partway through to see the World’s Largest Ball of Paint or visit an old friend. Apple’s Maps will finally let you add up to 15 stops to a route. This capability won’t rock your world if you already use Google Maps or don’t mind redoing the route after each stop, but it’s a welcome addition for those who prefer Apple’s Maps, which has become a respectable competitor in its own right, even if it still insists on illegal U-turns. 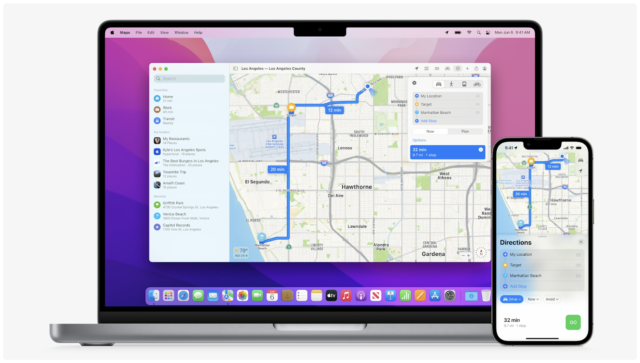 Usually, when Apple updates Messages, it adds a lot of cruft no one asked for, like Memojis or Messages apps. This year, Apple has instead added three features long-requested by users, including us in “TipBITS: Edit Slack Messages More Easily on the Mac” (11 April 2022). You’ll be able to:

As for editing and undoing the send of a message, Apple says you’ll have 15 minutes to do so. Of course, these capabilities are available only for blue-bubble iMessage missives between Apple devices, not green-bubble SMS text messages sent through Messages.

The existing Home app is… fine… if you have only a handful of accessories. But it often seems that Apple ignores its most loyal HomeKit users (like me, the guy who wrote the book on Apple home automation). The Home app doesn’t scale well, and it becomes a jumbled, clumsy mess once you’ve filled your house with HomeKit accessories.

Apple has now rebuilt the Home app from the ground up with a new interface and better performance that the ​​company claims will scale as you add more and more accessories. We only saw a few glimpses of the new app during the keynote, so it’s hard to tell whether it will be an actual improvement, but we’re hoping for the best. 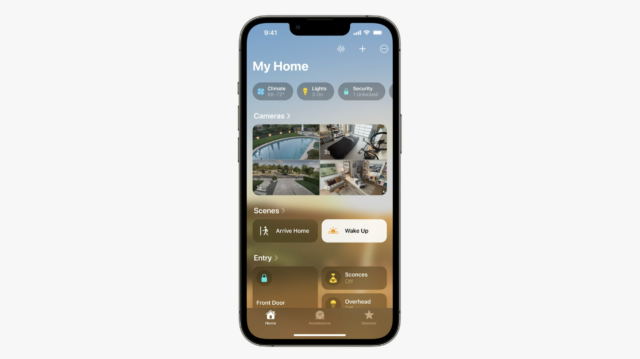 That redesign is necessary because if Matter materializes later this year, there will be many more HomeKit accessories available for you to manage (see “Home Automation Standard Gets an Official Name,” 17 May 2021). Matter has been adopted by all of the major home automation vendors and will make all of them cross-compatible, at least in theory. So you’ll be able to control Google Nest devices from Apple’s Home app, and you’ll be able to interact with HomeKit-only accessories from Android. However, Matter has been delayed repeatedly, so we’re not holding our breath. 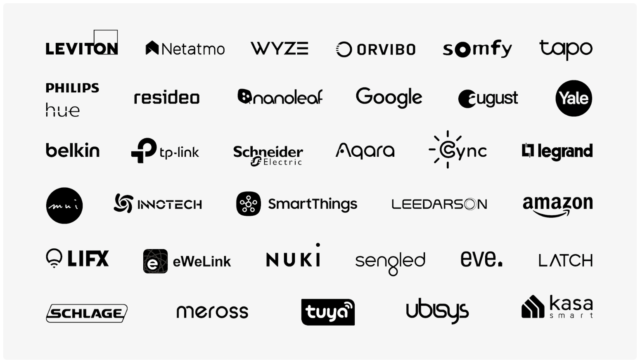 Apple’s long-standing Mail app may be one of the most used across its platforms, but it seldom gets the attention due its importance. Thankfully, Apple has some welcome improvements coming for Mail later this year:

Google Photos has had shared photo libraries for years, and now iCloud Photos is finally catching up. You will be able to maintain a separate, shared photo library with up to five other members in your Family Sharing circle, and all members will have equal permissions to add, edit, or delete photos. It’s not yet clear how this compares to the shared Family album created for Family Sharing groups, but you’ll be able to populate the new iCloud Shared Photo Library with all photos from your library, those after a certain date, and those containing particular people.

Even more interesting is the Photos app switch that will add new photos to the shared library. Plus, it can share photos automatically when other family members are nearby, on the assumption that you’re probably taking shared photos.

For many years, we believed Apple should make it so couples could share all their photos. That’s no longer appropriate for many people, given the frequency with which many of us take documentation pictures (where you left the car in a large airport parking lot) or screenshots (your Wordle-in-two victory shots) that would confuse the other member of a couple. So here’s hoping that iCloud Share Photo Library provides a good solution to the problem—the shared Family album never did. 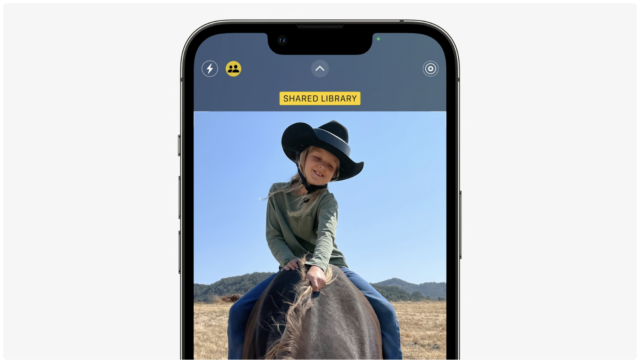 Dictation is an essential feature for many people—Apple says it’s used 18 billion times per month—because it’s so handy to be able to speak the text you want to type when typing isn’t easy. Unfortunately, as soon as you invoke dictation, the keyboard disappears, forcing you to wait until you’re done to fix the inevitable mistakes. That’s changing in iOS 16 and iPadOS 16, where it sounds like Apple paid attention to our suggestions in “How iOS and macOS Dictation Can Learn from Voice Control’s Dictation” (31 August 2020). Going forward, you’ll be able to dictate and use the keyboard at the same time. You’ll even be able to move the cursor with your fingers and then edit text with your voice, just like Voice Control’s dictation. All dictation will be processed on the device itself, so it’ll be faster and more reliable when you have poor connectivity. And it will add punctuation automatically—finally! 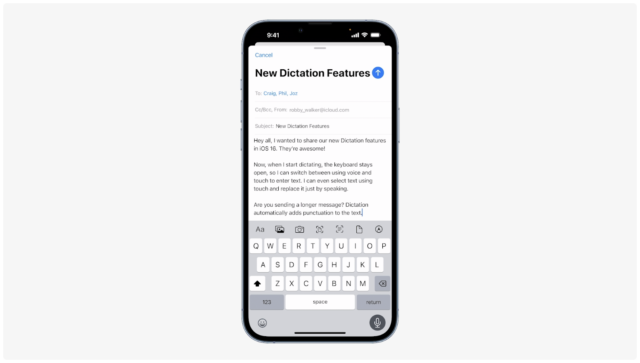 Our Apple devices are powerful, but they’re also powerful vectors for abuse. For instance, if you leave home with your iPhone but an abusive spouse still has your iPad, they can read all your Messages conversations. For years, victims and advocates have asked Apple for better tools to mitigate abuse. Apple has now responded with Safety Check, which lets you quickly reset and revoke permissions across all the devices linked to your Apple ID, including what you automatically share with others, your app privacy permissions, and which devices have access to your iCloud contents. 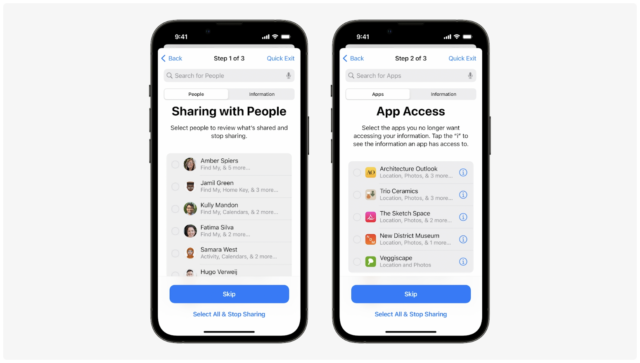 It’s always been a bit bizarre that Apple’s Fitness app (formerly called Activity) appeared only if you paired an Apple Watch with your iPhone, especially since the iPhone has motion sensors of its own. Apple is rectifying that in iOS 16. Now the Fitness app will be preinstalled for all users, and you’ll be able to track your daily steps from the app even if you don’t own an Apple Watch. 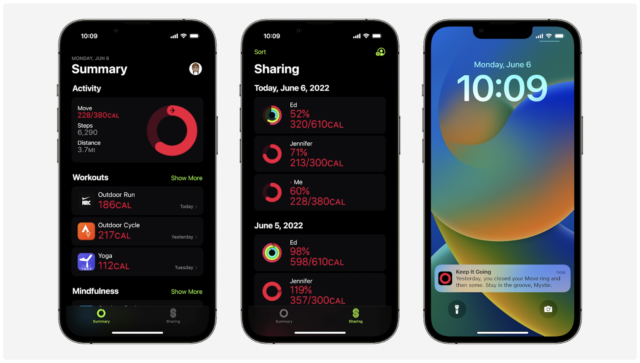 Mac webcams are notoriously awful compared to the webcams in even the cheapest iPhones and iPads. While we’re waiting for Apple to put an iPad-level camera in a Mac, Apple has a hacky workaround: in macOS 13 Ventura, you can pair your iPhone to your Mac and use it as a webcam with any videoconferencing app! Apple is even working with Belkin to make little clips to attach an iPhone to different screens. It’s sad to see Camo Sherlocked, but an official solution from Apple will probably work more smoothly (see “Turn Your iPhone into a Powerful Webcam with Camo,” 24 July 2020). 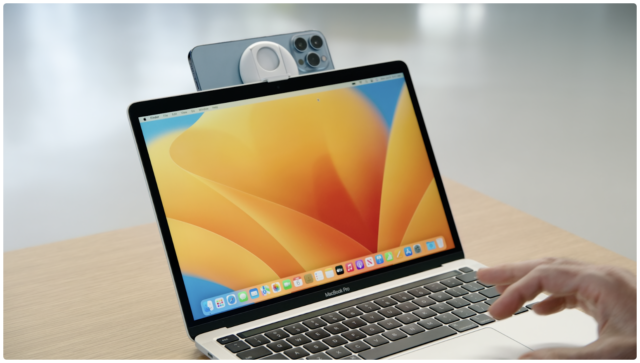 Comments About Ten “It’s About Time” Features from WWDC 2022