Many years ago, I was working a fairly normal, boring desk job with a long, stressful commute, and one of the ways I stayed sane was by listening to tech podcasts. I’d listen to TWiT, John Gruber’s The Talk Show, Mac Power Users, and all of that. On work breaks, I’d catch up on the latest tech news, especially whatever was coming out of Apple.

I developed a distant dream of becoming one of those Apple media people. Being published in Macworld magazine. Making the front page of Daring Fireball. Being interviewed on Mac Power Users. Maybe even publishing a book.

One day, I was leaving work with a deep sense of despair. I had been promoted to an accounting job for which I was not qualified, and it was a total disaster. I had a long-term relationship that had been slowly decaying, and I had just met a new woman, Hannah. I had no idea where my life was going or what to do. As I pulled up to a stop light, I looked down and asked for a sign. Then I looked up and saw a pickup truck emblazoned with “Hannah: Making Your Dreams a Reality.” I took a picture because I figured no one would ever believe me. Even with the picture, they still don’t!

As comedian Bill Engvall says: “Here’s your sign.” We were married within a year.

In my spare time, I started a little blog and became an Apple blogger without really intending to. It’s just what I was driven by and was thus compelled to write about. Glenn Fleishman noticed one of my posts (see “What’s Behind Mysterious Cellular Data Usage in iOS 6?,” 29 September 2012), which led to being invited to contribute to TidBITS. My first TidBITS article was “Apple TV Update 5.1.1 May Fail over Ethernet” (2 December 2012), and amazingly, I still refer to it from time to time because Apple never seems to test Apple TV Ethernet features as much as Wi-Fi.

After I contributed enough articles, Adam and Tonya brought me on as TidBITS Managing Editor (see “Please Welcome Josh Centers as Our New Managing Editor,” 6 May 2013). Following that, I released my first book, Take Control of Apple TV, which I just updated (see “Take Control of Apple TV” Streaming in TidBITS,” 4 November 2013), and I made the front page of Daring Fireball (the first of several times). I contributed to Macworld twice just before the print edition was shuttered, and I moderated a panel of distinguished guests at what was to be the very last Macworld Expo (“Impressions of a Macworld Newbie… 2014 Edition,” 9 April 2014). A few years after meeting David Sparks at Macworld, I was invited to be a guest on Mac Power Users. 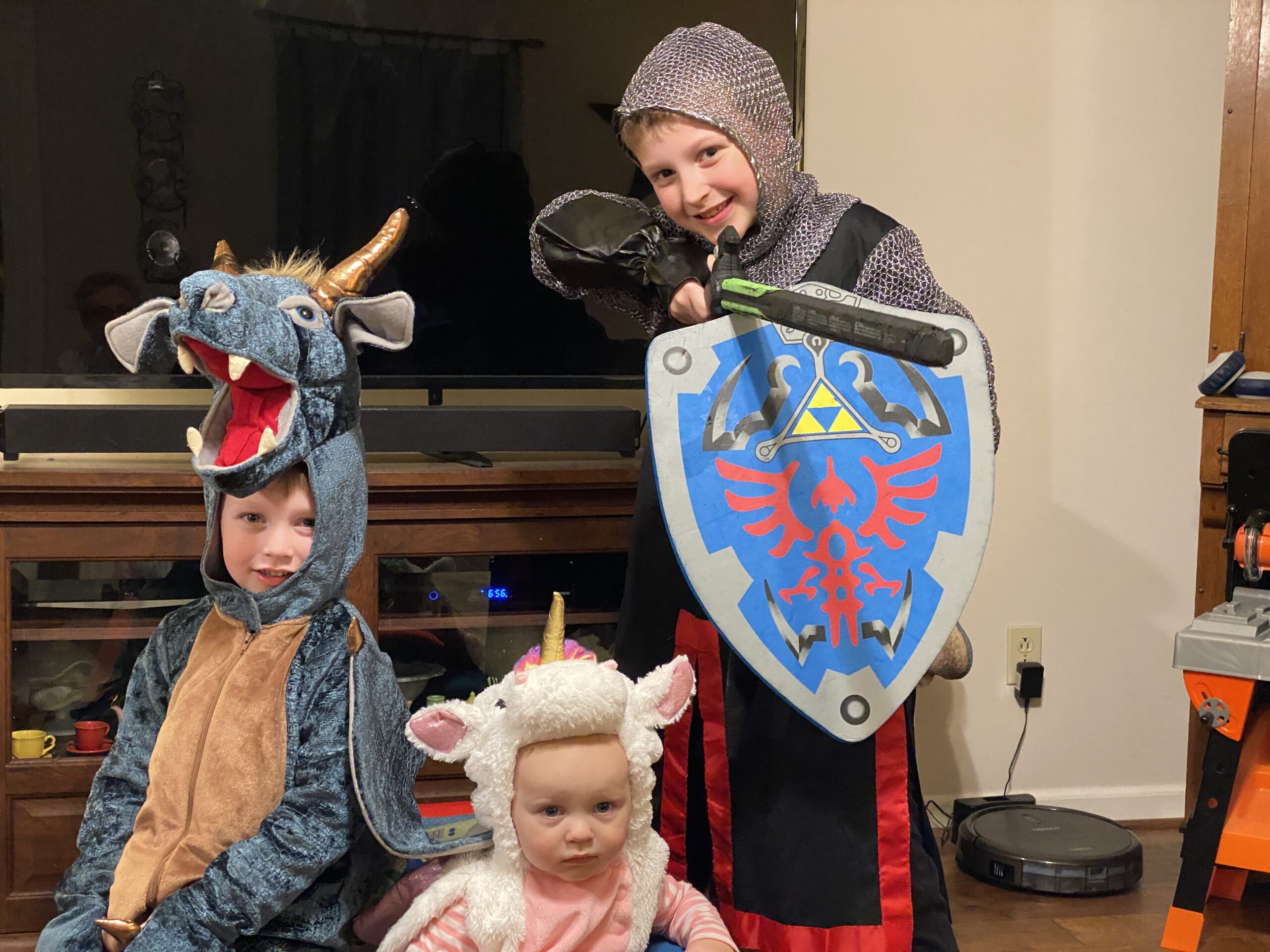 The pickup truck prophecy had proven true. My dreams had become reality. I had done everything I had ever set out to do, leading me to wonder, “Now what?” I had no more worlds to conquer. But I do have a family to feed.

Thanks to Adam’s flexibility, I’ve had opportunities to dabble in many side projects. I trained to be a blacksmith, which, it turns out, isn’t a growth industry (but is nice to have in my back pocket in case industrial civilization collapses). I’ve long been interested in preparedness and survival, so Jon Stokes invited me to become an editor at The Prepared. I did that for a couple of years and then launched my own Substack, Unprepared, which has been insanely fun—and sometimes just insane. I also created Apple Buying Advice (see “New “Apple Buying Advice” Website by Josh Centers,” 21 February 2022), which I desperately need to update. Beyond the kids, I’ve also ended up with a small farm to run. As Adam would say, I’m juggling a lot of cats.

I’m approaching 40, so I’m due for a midlife crisis. But instead of carrying on with a woman half my age and buying a tiny sports car, I’ve been deeply examining myself and my life. How do I want the rest of my life to look? What motivates me? What inspires me? What do I truly believe?

One thing I realized is that when I first became obsessed with the Apple space, it wasn’t Apple itself I found compelling, it was the community around Apple and all the people who were building great things in Apple’s playground. Developers like AgileBits, Bare Bones Software, Marco Arment, the Omni Group, Pixelmator, Rogue Amoeba, Smile (now TextExpander)—and so many others I don’t have room to mention here—are what made the Apple space special for me.

I’ve long admired TextExpander, both as a productivity tool and as a company. They’ve sponsored TidBITS for many years, and not once have they asked about conversion rates because their marketing team is smart enough to understand that effective brand marketing is a long game. If you’ve consumed any Apple-related media, you’ve heard of TextExpander, and it’s likely the first tool you think of when you think about text expansion.

When Apple first announced its own built-in text expansion feature, I thought, “Oh no, Smile is in trouble. TextExpander is about to be Sherlocked.” But that didn’t happen. Instead, the company continued to grow and was confident enough to pivot to an exclusive focus on TextExpander, recently accepting $41.4 million in funding through Summit Partners. Most every other tech company is slowing down and freezing hiring—even Apple. The fact that TextExpander is growing and hiring in uncertain economic conditions is a testament to the strong business that Philip Goward and Greg Scown have built from what seemed like a simple utility.

After seeing that TextExpander had raised that funding, I started keeping an eye on their job openings because it looked like they were about to grow in a big way. I saw an opening for a Business Journalist position, and on a whim—and with Adam’s blessing—I reached out to TextExpander to ask about it. Within a week, I had an interview, completed a test project, conducted a final interview, and had an offer. My mind is still reeling from how quickly it happened.

So the 14 November 2022 issue will be my last as the managing editor of TidBITS. I’m going to take a little time to tend to the farm and projects I’ve been putting off, like updates to books and Apple Buying Advice. Then, on 28 November 2022, I will become TextExpander’s Business Journalist, where, among other projects, I’ll be responsible for the content on the TextExpander blog.

One of the things that attracted me to the position is that TextExpander wants to publish quality content and not run yet another low-quality SEO mill. I’ll be leveraging my years of experience with TidBITS and Take Control to produce in-depth how-to content for TextExpander, and I hope to make the blog a destination that readers actively want to read.

While I’m excited to start this new chapter of my career, this moment is bittersweet. Hannah was in tears the other day when the reality set in because TidBITS has been a cornerstone of our lives for the entire ten years of our marriage. But I won’t completely disappear: I’ll still hang out on the public SlackBITS, I’ll still be reachable at my TidBITS email address, and I’ll continue to participate in TidBITS Talk. Plus, I’m sure I’ll be unable to resist contributing an article here and there.

Thanks to TextExpander for their vote of confidence in me and this new opportunity. Thanks to Adam and everyone at TidBITS for taking a chance on me and keeping me around for so many years. And thanks to you, the TidBITS readers who have read and supported my work all these years.

Comments About Josh Centers: So Long and Thanks for All the Fish