As Apple promised during its September “Time Flies” event, the company has released iOS 14, iPadOS 14, watchOS 7, and tvOS 14. All the updates add exciting new features, but it would be wise to wait at least a week or two before installing in case any major bugs snuck through beta testing. Also, many developers were caught by surprise by Apple’s sudden announcement, so it may be a few days before your favorite apps are ready for the new operating systems. 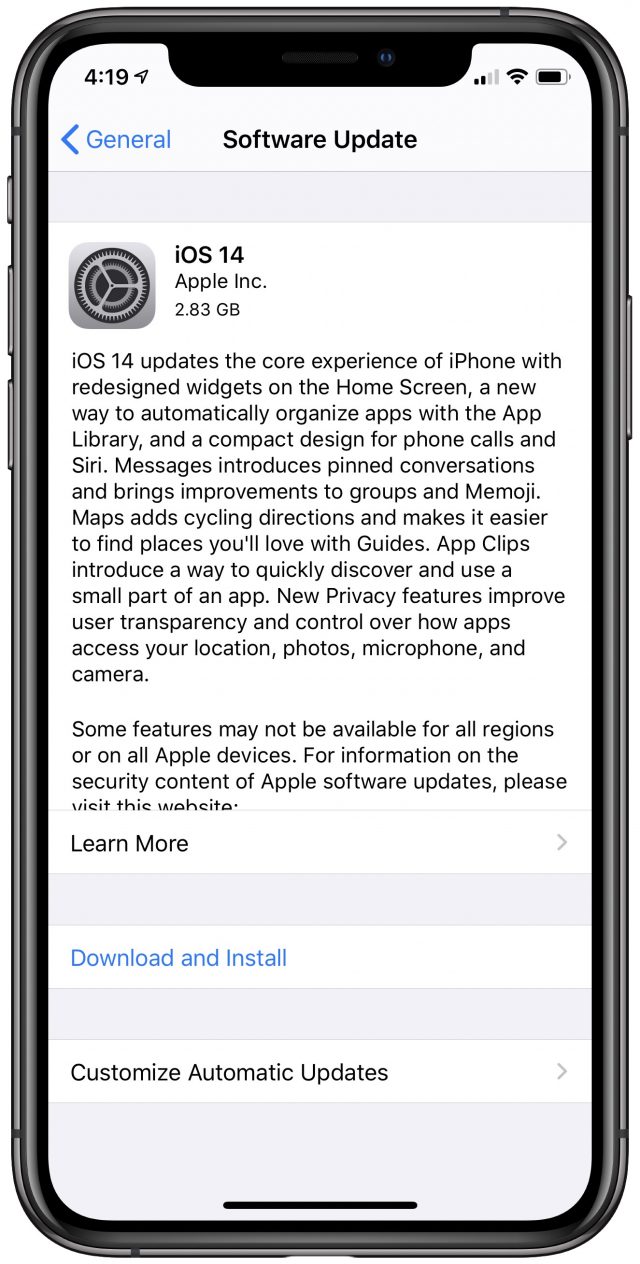 The iOS 14 update adds the App Library (see “iOS 14’s App Library: The FAQ,” 9 September 2020), Home screen widgets, compact interfaces for incoming phone calls and Siri, and more—see “iOS 14 and iPadOS 14 Echo Android and Newton” (22 June 2020) and Apple’s (mostly) full release notes. And of course, you can learn about all the new features in detail in Take Control of iOS 14 and iPadOS 14. I’m pretty happy with the state of the book, but we will be putting out a free update soon to address reader questions about App Library and add some late-breaking information.

iOS 14 is compatible with the iPhone 6s, the first-generation iPhone SE, the seventh-generation iPod touch, and later.

The update weighs in at 4.79 GB on an iPhone 11 Pro. You can install the update by going to Settings > General > Software Update in iOS, through iTunes on Macs running versions of macOS prior to 10.15 Catalina, or through the Finder in 10.15 Catalina.

iPadOS 14 does not feature the App Library or Home screen widgets, but it offers new capabilities for the Apple Pencil, such as the Scribble handwriting recognition feature, and many redesigned apps. See “iOS 14 and iPadOS 14 Echo Android and Newton” (22 June 2020), Apple’s iPadOS 14 feature list, and Take Control of iOS 14 and iPadOS 14. 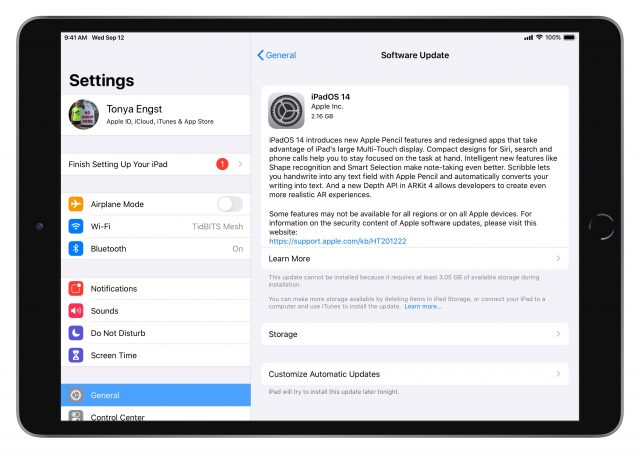 iPadOS 14 runs on the fifth-generation iPad, iPad mini 4, iPad Air 2, and later, plus all versions of the iPad Pro.

The update clocked in at 3.58 GB on a 10.5-inch iPad Pro and 2.16 GB on an iPad Air 2. You can install the update by going to Settings > General > Software Update in iPadOS, through iTunes on Macs running versions of macOS prior to 10.15 Catalina, or through the Finder in 10.15 Catalina. 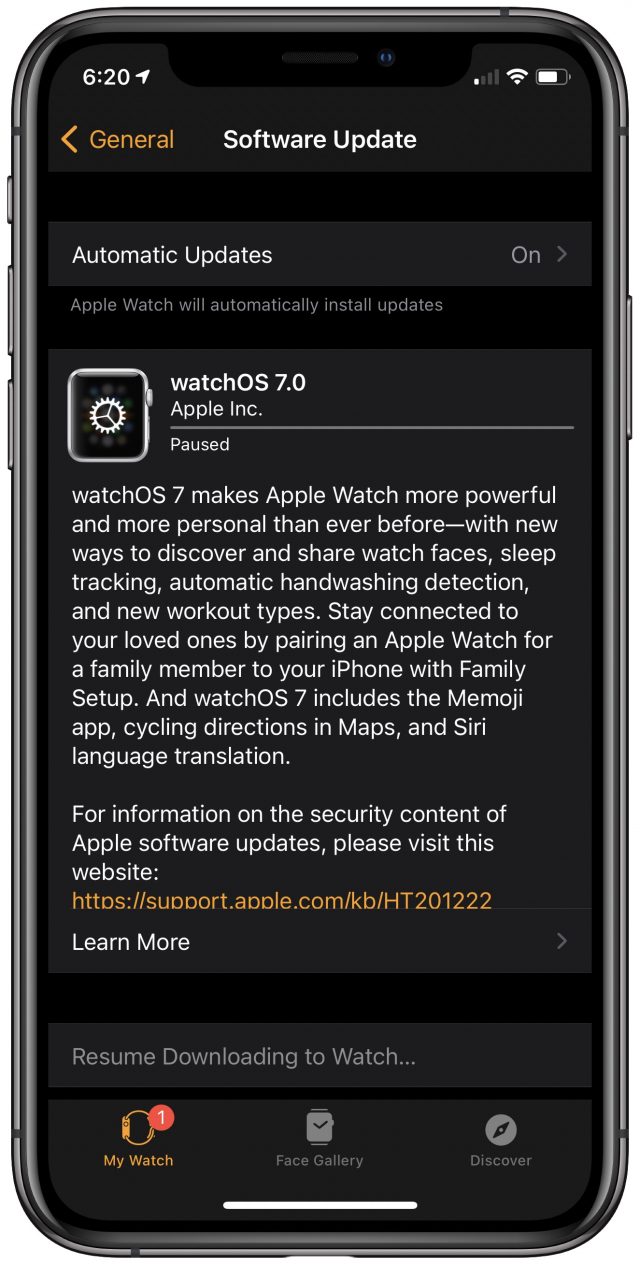 watchOS 7 includes already known features like sleep tracking and a handwashing timer (see “watchOS 7 Introduces Sleep Tracking, Handwashing Detection, and More,” 22 June 2020), but Apple announced additional features at its “Time Flies” event, including new watch faces for the Apple Watch Series 4 and later, watch face sharing, and the Family Setup feature that lets you set up a recent cellular-capable watch for a family member who lacks an iPhone.

watchOS 7 is available for the Apple Watch Series 3 and later.

To install the update, which was 987 MB on an Apple Watch Series 4, open the Watch app on your iPhone and go to My Watch > General > Software Update. Note that not only will the download take a while, but the iPhone then has to transfer the update to your Apple Watch through Bluetooth, which can take a couple of hours. Then, to install the update, the Apple Watch must be at 50% charge or greater and connected to a charger. We recommend doing this at night.

Last, and to be honest, least (Apple didn’t even publish a standalone page with new features but tagged them on to the Apple TV 4K page and added them to the Apple TV User Guide), tvOS 14 has some welcome features including Home shortcuts in Control Center, a picture-in-picture option that works with apps other than Apple TV, AirPod audio sharing, 4K video support for YouTube (at least theoretically, assuming YouTube cooperates), and more (see “Here’s What Next for tvOS 14 and HomeKit,” 25 June 2020). I hope to release an updated version of Take Control of Apple TV soon, with an update to Take Control of Apple Home Automation later in the year.