Apple today released macOS 10.15 Catalina, leaving just iOS 13 for the HomePod and watchOS 6 for the Apple Watch Series 1 and Series 2 as vaporware. Catalina advertises itself as an 8.09 GB download in System Preferences > Software Update, but its App Store page claims that it’s only 4.9 GB. For an overview of what’s new, see “No Mac Is an Island with macOS Catalina” (3 June 2019).

We’re dying to know if, as Michael Cohen pointed out in our TidBITS Slack group, Apple intentionally waited to release Catalina on the 477th anniversary of the Portuguese explorer Juan Rodríguez Cabrillo claiming Santa Catalina Island for Spain on 7 October 1542. It certainly wasn’t a discovery—the island had been inhabited by the native Pimugnans since 7000 BCE. 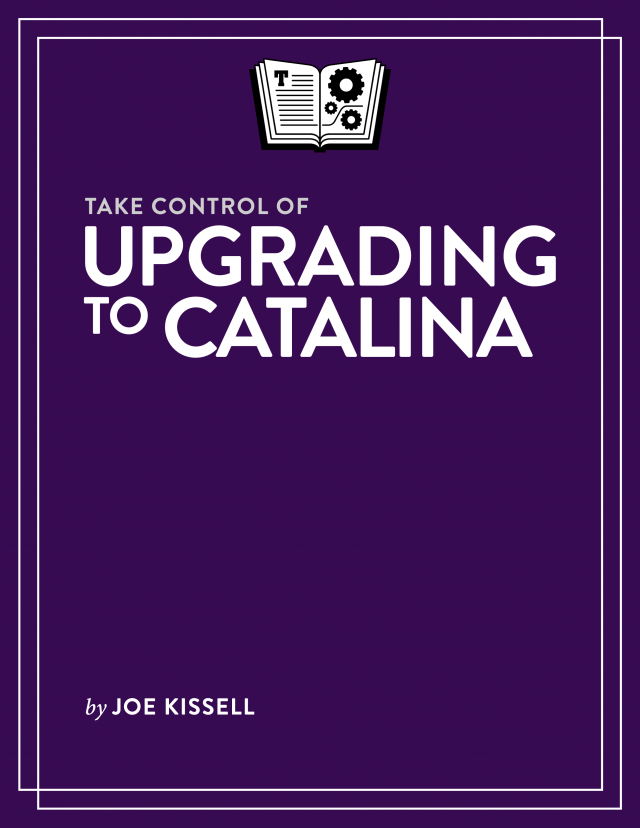 Regardless of whether or not the release date is a historical coincidence, you’re now faced with the question of when to upgrade to Catalina. Note that I say “when” and not “if” because something, such as the purchase of a new Mac, the need for updated software, or compatibility with iOS, will force you to upgrade at some point. It’s better to do so proactively than reactively. When that time comes, we strongly recommend that you follow the advice in Joe Kissell’s Take Control of Upgrading to Catalina.

Nevertheless, for most people, we recommend delaying your upgrade for a while for a variety of reasons:

We have no way of knowing whether Catalina will suffer from the kind of bugs that Apple has been scrambling to fix in iOS, iPadOS, and watchOS, but it’s worth being cautious. We often recommend that those who aren’t early adopters wait until the .1 or .2 releases; when those come out, we’ll adjust our upgrade advice as appropriate. We’re not alone in recommending caution—at Six Colors, Jason Snell has published his full review of Catalina, titling it “macOS Catalina review: New era ahead, proceed with caution.”

Of course, if you love trying the latest and greatest and have a test Mac that you don’t rely on to get your work done, feel free to upgrade to Catalina right away! That’s what many of us are doing, and if we end up capsized by Pacific storms en route to Catalina, well, we knew what we were signing up for.