I’ve recently been frustrated by wanting to share little bits of information for which I lack either the time or motivation to write standalone articles. They may be casual observations that don’t merit the depth of an article, answers I’ve given to email queries I’ve received from readers, or updates on something I wrote about once and don’t want to reprise in depth. I make no promises about keeping this LittleBITS column going, but we’ll see if it turns into something that feels worthwhile and that I enjoy doing.

Almost a year ago, I wrote “When2Meet: An Easier Way to Settle on a Meeting Time” (6 January 2021) to share with you an online tool that I’d found far better than Doodle (see “Doodle Helps You Schedule Meetings,” 28 May 2015) for scheduling meetings that need to take into account the schedules of numerous people. Since then, I’ve used When2Meet successfully, but as I’ve watched people use it, I’ve observed a few problems:

After that article came out, Web developer Ben Grant dropped me a note. He loves When2Meet’s lightweight approach to scheduling but was frustrated by its lack of a mobile-friendly interface. His answer to that problem: Crab Fit, which works exactly like When2Meet but has a clean, modern interface that displays well on the iPhone screen.

Crab Fit solves the mobile problem, and it provides a clear explanation of what the password is for. It doesn’t have an answer for the issue of how to have an “if necessary” vote, but that would significantly increase the complexity of what is a deliciously simple system.

My only real issue with Crab Fit is the name. It’s memorable and may be explained by Ben’s day job working on Pok Pok Playroom, a collection of digital toys for kids that won a 2021 Apple Design Award. But it is hard to ask a non-technical person to vote “in a Crab Fit poll” (a workout based on scuttling around the floor?) compared to voting “in a When2Meet poll” (will Friday work for you?).

Early this year, I wrote about the Insta360 ONE X2 action cam, which lets you take 360º video by merging footage from a pair of cameras (see “First Look: Insta360 ONE X2 Steady Cam,” 12 February 2021). I haven’t used the ONE X2 as much as I would have liked this summer, though, partly because I’ve been unable to run much due to injury and partly because I haven’t been able to figure out what I want to shoot with it. I could record a standard group run, but I’m not enthused about carrying the selfie stick for 30–90 minutes, and who would be interested in watching a bunch of runners talking for that amount of time? Or I could try to record a trail race course for previewing it, but again, that’s a long time to watch trees go by. And my life is busy enough that I don’t have hours to edit video after running, especially if I need to condense an hour into a few minutes. I suppose I’ll never be a YouTube star. 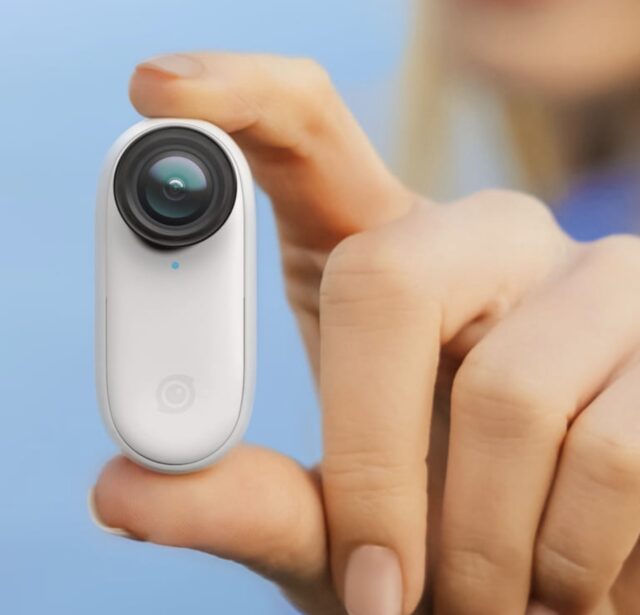 Of course, diminutive size brings with it significant limitations. The maximum clip length is 10, 15, or 30 minutes, depending on shooting mode, and the runtime is similarly 20 or 30 minutes, depending on mode. It’s probably ideal for TikTok users or those who need to record little bits of their days all the time. I’ll stick with trying to figure out the best ways to use the ONE X2.

I recently received a myCharge MAG-LOCK external battery for review. It’s a MagSafe battery, so it’s compatible only with the iPhone 12 and iPhone 13, but since I just upgraded from an iPhone 11 Pro to the iPhone 13 Pro, I was curious to give MagSafe a try.

I got the $59.99 6000 mAh Mama Bear battery—the $49.99 Baby Bear model is 3000 mAh, and the $69.99 Papa Bear battery offers 9000 mAh. The gray battery—there are five colors—is pretty thick at 0.63 inches (1.6 cm), but I could still put my iPhone 13 Pro in my jeans pocket with the battery attached. And it stayed attached—the MagSafe connection is strong enough that the devices stay connected even if you pick up the combination by the top device. Shaking the iPhone dislodged the battery, though, and I could imagine them coming apart in a purse or bag. I did appreciate how MagSafe aligned the battery properly—I’ve hated that aspect of Qi-compatible wireless chargers. 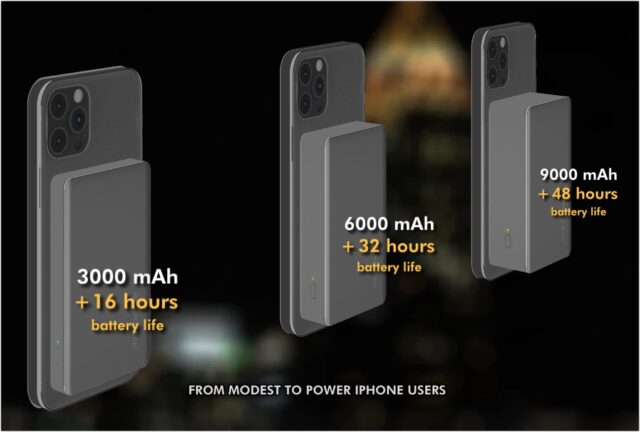 You might notice if it detaches, though, since the battery whistles quietly when you attach or detach it, which is helpful feedback. It also has an LED that shows green when it’s charged and red when it’s low on power; a button turns on the LED if necessary, but you don’t have to press the button to start charging, as on many other batteries (see “Comparing MagSafe Battery Packs: Not A Simple Choice,” 20 August 2021).

On the downside, it was slow—it took 4:11 to charge my iPhone 13 Pro from 0% to 100% with the MAG-LOCK. However, I was impressed that it didn’t fully deplete the battery. Another problem was that the battery extended under the camera lenses just enough to put a thin gray edge at the bottom of my photos. That’s not a deal-breaker because you could just take it off before snapping a picture. And finally, I had to take the iPhone 13 Pro out of its case, which isn’t MagSafe-compatible.

myCharge has branded these batteries as the “MAG-LOCK Superhero Chargers” and festooned the marketing materials with a stern-looking guy in a costume. At first, I thought the MAG-LOCK might stop bullets, but myCharge’s video makes it clear the batteries are actually constructed of the same substance as Thor’s hammer and will fly to your iPhone from a distance when summoned. This did not work in my testing.

I don’t have enough experience with other external batteries to recommend for or against the MAG-LOCK battery. It works as advertised, it has some nice features, and its problems aren’t severe. But I remain negative about wireless charging in general because I inherently disapprove of a technology that trades minimal convenience for a massively inefficient use of power (see “MagSafe Is Cool, but Is It Worth the Trade-Offs?,” 6 November 2020).

What’s the Deal with Windows on M1-Based Macs?

TidBITS reader Geoff Hart wrote to ask what I knew about running Parallels Desktop on M1-based Macs. The problem, of course, is that the standard versions of Windows (and Windows apps) run on Intel chips, not the ARM-based M1. There is a Windows 11 for ARM Insider Preview that can run Windows apps in emulation; Parallels provides instructions for getting it. Unfortunately, Microsoft said back in September that running Windows 11 on M1-based Macs is not “a supported scenario.” When I reached out to my old friend Kurt Schmucker at Parallels to get his take, he replied with this highly politic if not particularly helpful official statement:

While we can’t comment specifically on another company’s statement, it’s not unusual for software manufacturers to have policies regarding the hardware requirements and environments they officially support. And throughout the tech industry, there are many examples of software use cases and configurations that may not be officially supported, but remain very popular in both corporate and individual end user environments.

Geoff was hoping to upgrade to a new 14-inch MacBook Pro, but he needs to run Word 2019 for Windows, and it has to be as rock-solid as his combination of macOS 10.13 High Sierra, Parallels Desktop 15, and Windows 10. And he was hoping we might write an article on the topic.

A few months ago, I installed Parallels Desktop 16 and Windows 10 for ARM Insider Preview on my M1-based MacBook Air, and I verified that Windows boots and seems to work. But I only ever run one Windows app—the crusty HyTek Meet Manager for six track meets per year—and this summer, I wimped out and reverted to running it on a 2016 Intel-based MacBook Pro that I know works with the USB-to-serial adapter I use to connect it to our Time Machine timing system (Apple came late to the naming game on that one). I spend far more time updating Windows than using it.

After Geoff wrote, I upgraded to Parallels Desktop 17, updated to Windows 11 for ARM Insider Preview, and verified once again that it boots and lets me launch apps. It seems to work fine. But saying “works on my machine” isn’t enough for me to assure Geoff that Word 2019 will be rock-solid. Microsoft could always block it from working in the future, too. And I certainly don’t know enough to write an article that I could stand behind.

In the end, I recommended that Geoff purchase the 14-inch MacBook Pro and put everything through its paces with his actual workflow. You can always return a Mac to Apple within 14 days for any reason, so if it didn’t perform adequately for his needs, he could take it back and look for one of the dwindling stock of Intel-based MacBook Pros.